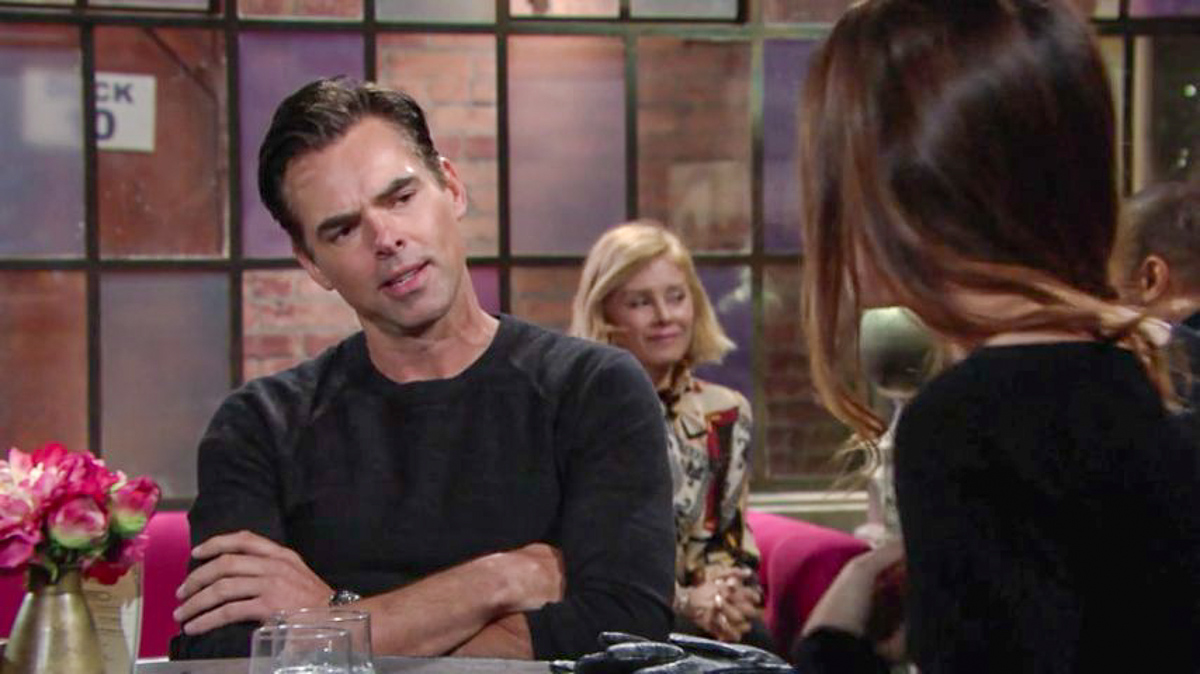 Adam Newman’s (Mark Grossman) return from the dead could be tagged as the trigger that initially set Billy off. But he’s moved past seeing Delia Abbott (Sophie Pollono) and hasn’t allowed the darker elements within his personality to take hold in recent weeks.

However, despite seeing his therapist on a regular basis, having the full support of Victoria Newman (Amelia Heinle), and the love of his children, Billy is still off. His recent two conversations with Amanda Sinclair (Mishael Morgan) further this evolving arc.

Young And The Restless Spoilers – Villy Fans Right To Be Concerned

‘Villy’ appeared to be doing good. Well, as good as anyone could expect these often star-crossed characters to be living in late 2019.

Looking toward 2020 most optimistically, Billy will tell Vickie that he has a restless feeling. She’ll help him in every way possible and life will be okay for one of the show’s more popular couples.

But the above scenario wouldn’t provide much drama. That is part of the point in daytime.

Devoted fans of this steamer know that Morgan’s second Y&R character won’t be following the mirrored path that her first alter ego did, even if Amanda proves out as Hilary’s identical twin sister. But to write Amanda into Billy’s plot path is curious.

Billy told Genoa City, Wisconsin’s, newest attorney, when seeing her for a second time in consecutive days, that he used to be like the guy who hit on her at the bar where they first spoke. She shrugged that off, replying that he wasn’t like that guy now. It was obvious that she liked Billy.

Amanda appears to be coming off a bad relationship, or some other sort of harsh personal situation. While she and Nate Hastings (Sean Dominic) have connected, nothing romantic has taken hold for either single person yet.

The Young and the Restless Star Elizabeth Hendrickson Multi-Tasking Between Salon And Soap Work https://t.co/dUR0UFcDlc pic.twitter.com/7ftMRa185h

Young And The Restless Spoilers – Billy Abbott Different Than Past Editions

With whatever Billy is experiencing, viewers feel that he’s not repeating past patterns of behavior. Younger versions of Billy weren’t contemplative, as he is now.

Middle-age has descended, including some scant gray streaks that can be seen in Billy’s hair. With that stage in life might be the often-referenced mid-life crisis.

Some of what Billy is going through is connected to recent events and some reflects new territory. Thompson has the chops to take Billy in whatever direction Y&R’s solid writing staff is taking him.