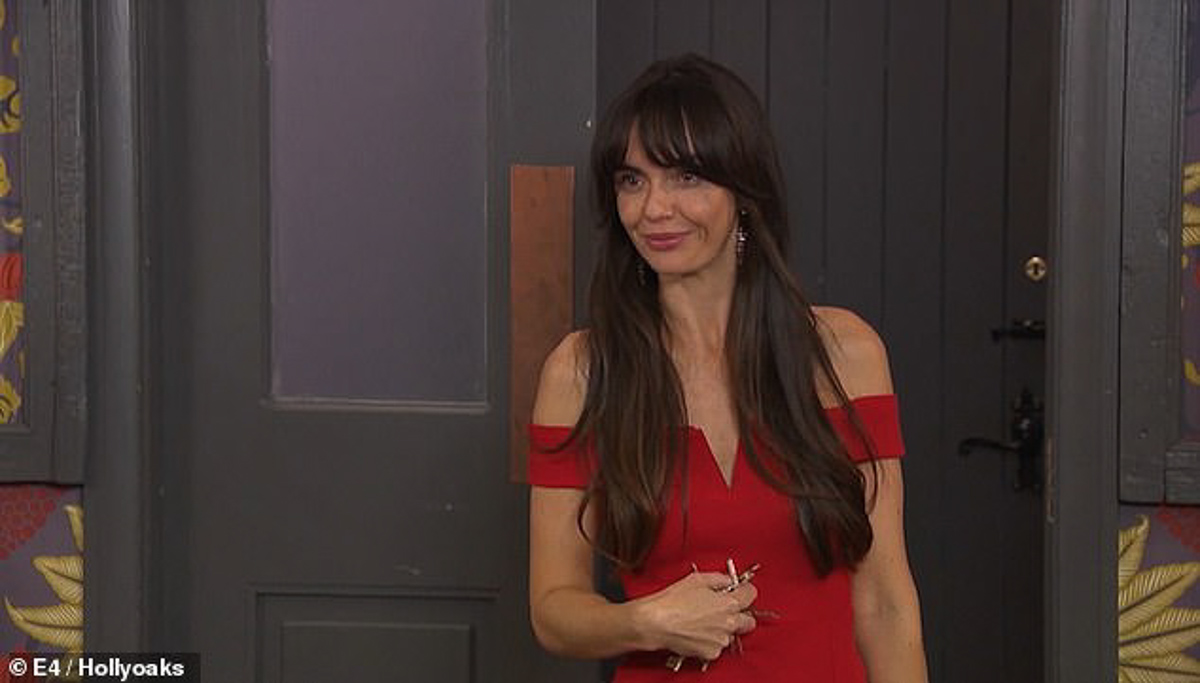 Hollyoaks spoilers reveal that during the week of December 9, fans are in for some shocking and hair-raising storylines. For one, Mercedes McQueen (Jennifer Metcalfe) is threatened by a surprising culprit. She also considers changing her story. Plus, there might be hope for Sylver McQueen (David Tag) after all.

As fans know, Mercedes finally woke up after being shot. Instead of telling the truth, she decided to get revenge on her husband, Sylver. As a result, he is having the pay the price. It’s really not fair as he has stood by her side through all her scams and schemes. Although, lately he has been getting it on with Grace Black (Tamara Wall). However, if this weren’t a soap opera, she would be filing for divorce, not saying he tried to murder her!

Expect someone to send Mercedes a threatening letter and she goes into a panic. However, when she looks at her young son’s sketchbook later, she notices something familiar. It was her own little boy who sent her the letter.

The person who really tried to kill Mercedes is out there. That and her being threatened by her 8-year-old son is enough to make her consider changing her story. If she does that, though, she could face some legal consequences.

However, Breda McQueen (Moya Brady) doesn’t realize that Mercedes falsely accused Sylver and wonders why she would change her story.

For Sylver fans, there is hope! It turns out that Grace will beg Sami Maalik (Rishi Nair) to do what he can to help Sylver. The very next day, expect Sami to reveal to Sylver and Grace that there was blood on the door to The Loft the night of Mercedes’ shooting. The authorities are simply waiting for the lab to come back with the results. It seems that even if Mercedes doesn’t change her story, Sylver could soon be cleared of murder.

Do you think that Mercedes McQueen will come clean and end up freeing Sylver McQueen? Or will she face questions and consequences after the lab clears the young man? Fans will have to keep watching the soap opera to see what happens next.

Be sure to tune in to catch up on everything happening with the soap right now. Come back here often for Hollyoaks spoilers, news, updates and rumors!