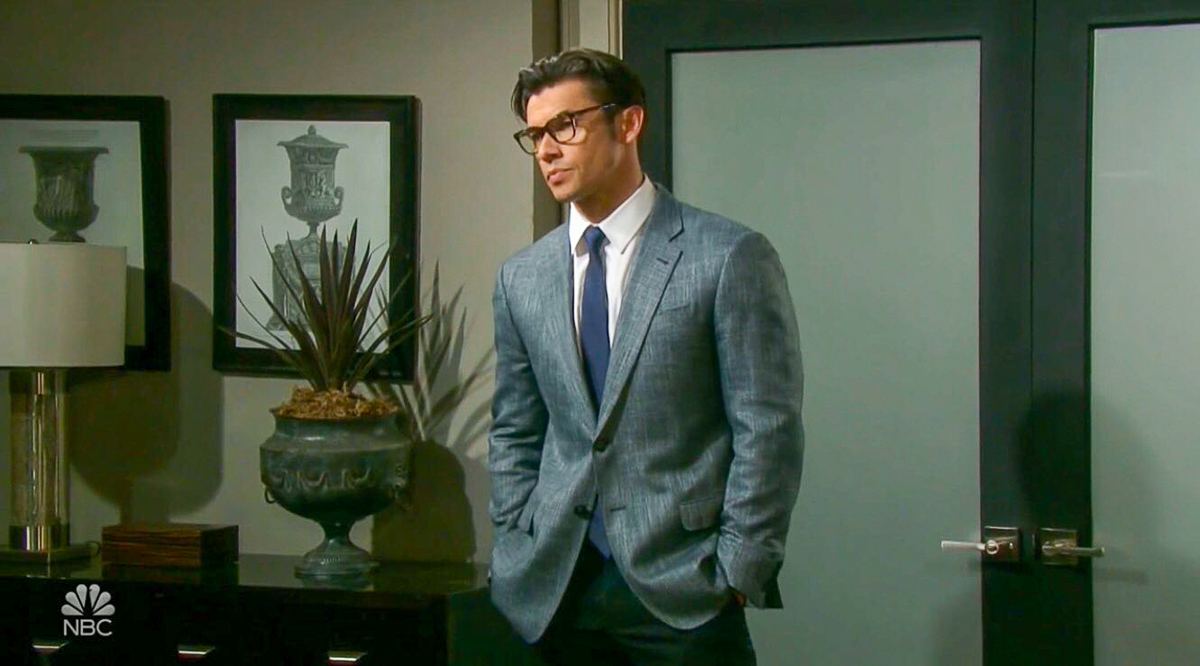 Days of our Lives (DOOL) spoilers tease that there may be a big twist coming regarding just who Xander Cook (Paul Tefler) and Victor Kiriakis (John Anniston) set up and framed. Ciara Brady (Victoria Konefal) and Ben Weston (Robert Scott Wilson) have been working under the assumption that it was Victor and Xander who killed Jordan Ridgeway (Chrishell Straus). But is that really the case.

As viewers know, Victor made Xander the CEO of Titan Industries after Xander completed a task for Victor. Victor had been worried about Ciara’s safety after Jordan had tried to kill her several times. But Victor also didn’t like the fact that Ciara was dating Ben so having Ben framed for Jordan’s murder would kill two birds with one stone. Having Xander murder Jordan and framing Ben for her death seems the most logical solution. But did that actually happen?

Days of Our Lives Spoilers Thursday, December 5: Xander Furious Over Eric’s Demand, Must Stay Away from Mickey – Abigail’s Desperate Search

Recently, Xander and Victor discussed how their actions caused an innocent man to be framed for someone’s death. But what if they were talking about Adrienne Kiriakis’ (Judi Evans) death instead of Jordan’s? Will Horton is also currently in prison, and it’s been said that he is somehow responsible for what happened to Adrienne, although there haven’t been many details given as to what exactly happened. Is it possible that somehow Victor is responsible for what happened to Adrienne and got Xander to cover it up?

Days of Our Lives Spoilers – Will thinks he is guilty

Will currently blames himself for what happened to Adrienne. But if Will is the person that Xander and Victor framed, then who killed Jordan? Could Ben have actually done it, and blacked it out? And just what are the circumstances of Adrienne’s death? There are a lot of possibilities and no real answers at this point.

Days of Our Lives Spoilers Thursday, December 5: Xander Furious Over Eric’s Demand, Must Stay Away from Mickey – Abigail’s Desperate Search

DOOL Spoilers – What will happen?

Will Ciara prove an innocent man was framed. And if so, is that man Ben or is it Will? What exactly happened the night Adrienne died? And who really killed Jordan? Time will tell, but the mysteries will be resolved as more information about the one year time gap are revealed! So stay tuned to Days of Our Lives airing weekdays on NBC. And don’t forget to check back here regularly for all your Days of Our Lives news, information and spoilers!