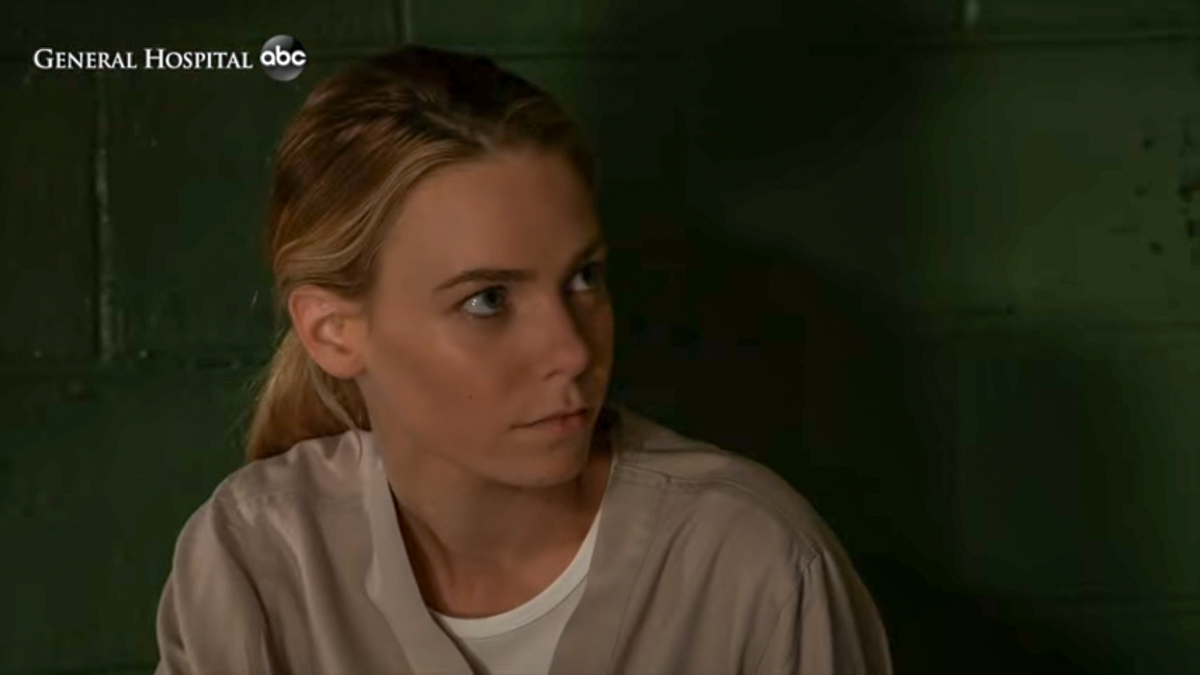 General Hospital spoilers reveal that some major events will happen next week. Fans can expect Carly Corinthos (Laura Wright) to become alarmed. Plus, Nelle Benson (Chloe Lanier) makes a phone call. Could this be related to Nelle and her new cellmate, Sam McCall (Kelly Monaco) finding out about the car crash?

GH spoilers teased that Nelle would get a new cellmate. Many fans predicted it would be Sam and they were correct. Sam wasn’t thrilled about this — out of all the prison cells and all the inmates, she has to be roomies with Nelle. However, she is stuck there and Nelle is living it up and doing everything possible to irritate, annoy and get underneath Sam’s skin.

However, a visitor with some shocking news turns Sam’s annoyance into concern.

As seen on Thursday’s episode of the ABC soap opera, Sam was told that Lucas Jones (Ryan Carnes) was in a bad car accident, along with Brad Cooper (Parry Shen). She was informed that Brad was going to be okay, but Lucas was in bad shape. As viewers know, he has not regained consciousness yet and is on a ventilator.

Unfortunately, there is absolutely nothing Sam can do about this since she is behind bars.

General Hospital spoilers for the week of December 9 reveal that Carly will become alarmed by something. This could be about so many different things, but we are guessing it is about the car accident. Depending on what exactly she finds out, she could respond in a few different ways.

It is confirmed that next week, Nelle will make a phone call. Now, the girl has her hands (and mind) involved in all kinds of different schemes. But could it be about the couple that is raising her and Michael Corinthos (Chad Duell) son, Wiley Cooper-Jones? She was concerned when she heard about the car accident and this might prompt her phone call.

What do you think is going to happen next week on the ABC soap opera? Fans will have to keep watching to see how all these storylines unfold.