Emmerdale Spoilers: Graham and Rhona Make Double Exit, One of Them Falls Into Kim’s Trap 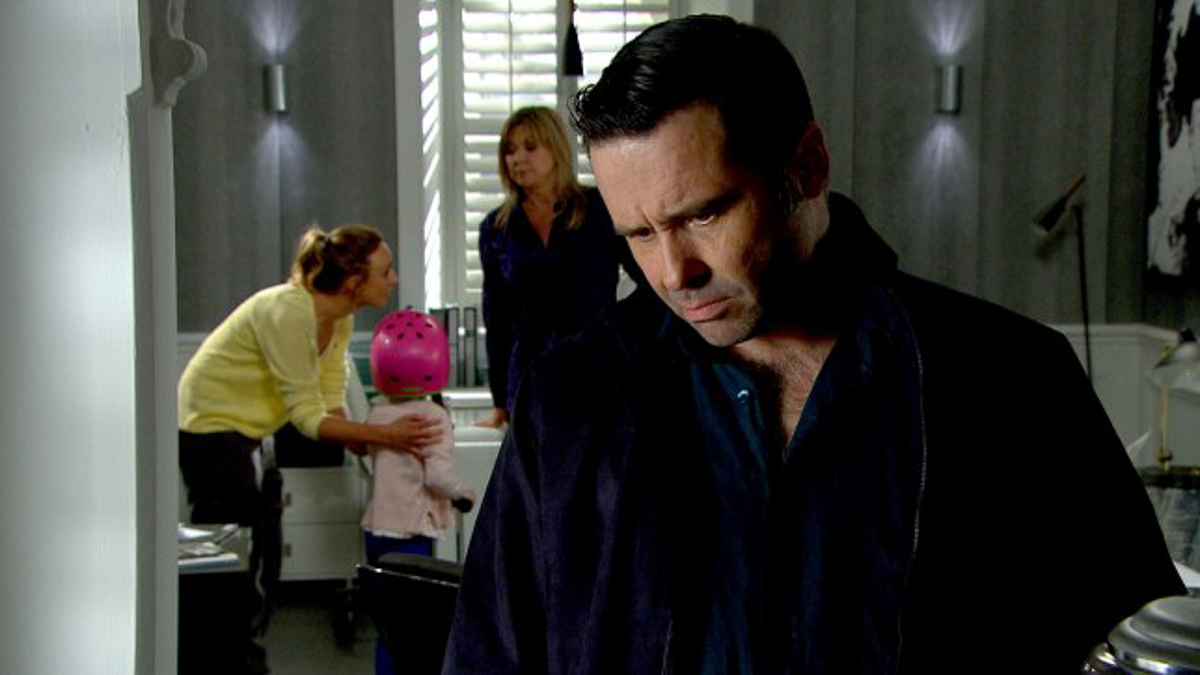 Emmerdale spoilers reveal Graham Foster (Andrew Scarborough) won’t be the only one making an exit. So will Rhona Goskirk (Zoe Henry). It turns out that one of them falls victim to Kim Tate’s (Claire King) trap. Keep reading to find out what you can expect from the British soap opera in the upcoming week.

For the past few weeks, we have seen the feud between Graham and Kim intensify. Then, some curveballs and complications were thrown into the storyline. At one point, Graham knew Kim would never stop going after him unless he left town. Then, he changed his mind and is determined to find out if he is the biological father of Andrea Tate’s (Anna Nightingale) daughter, Millie Tate (Willow Bell).

Emmerdale spoilers confirm that Graham’s exit won’t be a voluntary one. In fact, he gets murdered and it will set off a mystery that will have police wondering, “who killed Graham Foster?”

It is teased that Rhona is a suspect in the crime, but we don’t think she would do that, especially given the fact that she’s leaving town too.

It is revealed by Digital Spy that Graham and Rhona will have a double exit. One of them falls for a trap set by Kim. What kind of trap is it? Kim manages to trick Rhona. She thinks she has been given a great job opportunity elsewhere. Not wanting to pass it up, she decides to take it. But Kim is behind the whole thing.

Emmerdale Spoilers – What Happens Next?

Emmerdale spoilers reveal that there will be two main suspects in Graham’s murder. We already know that Rhona is one suspect, but now that she knows the truth, she probably isn’t guilty. Having Kim kill him is also too obvious.

We are betting that it turns out to be Andrea. Determined to keep her marriage intact, she won’t want Graham exposing the fact that he could be Millie’s father. Plus, she just went through the traumatic event of having a miscarriage.

Could her hormones, emotions and desperation cause her to commit a horrendous act? Fans will have to keep watching the British soap opera to see what happens next.