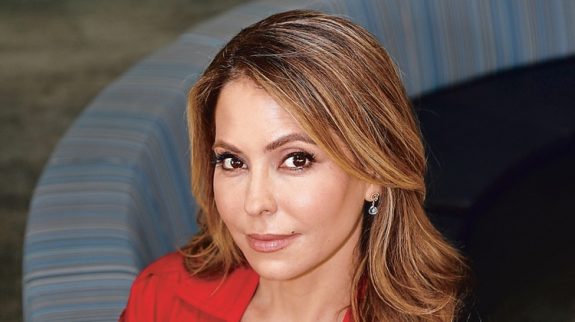 General Hospital spoilers teased the return of Brook Lynn Ashton (Amanda Setton). Fans finally saw her come back, but the reason for her sudden reappearance was a mystery. Even her father, Ned Quartermaine (Wally Kurth) was curious why she showed up without even calling first. As for Olivia Falconeri, actress Lisa LoCicero discussed the tense relationship and the importance of putting family first.

GH spoilers confirm that since the moment Brook Lynn surprised everyone with her return, she has been pushing Olivia’s buttons. That has continued, as Lisa LoCicero explained to Soap Opera Digest. Fans saw some of this when Brook took the fall for Monica Quartermaine (Leslie Charleson). As fans recall, Brook took responsibility for the ruined turkey on Thanksgiving.

Even though Brook seemed convincing, LoCicero admits that she isn’t sure if Olivia even believes the young woman. However, she decided not to make a big deal of it and to just let it go. However, there is only so much someone can take, especially when they are dealing with other stressors and pressures.

“If anyone understands that family comes first, it’s Olivia. So even though Brook Lynn can be a trial for her, she’s really going to do her best to put a good face on.”

The actress added that the character is still grieving the loss of her son. Plus, she believes that she knows what is really going on and that Brook didn’t just come home for Thanksgiving. So, what will happen next with the characters?

It is suggested that despite Olivia’s best efforts, things might end up getting even more tense. Just how far will Brook Lynn go? What will be the outcome when things get to be too much? Fans will have to keep watching the ABC soap opera to see how this storyline develops.