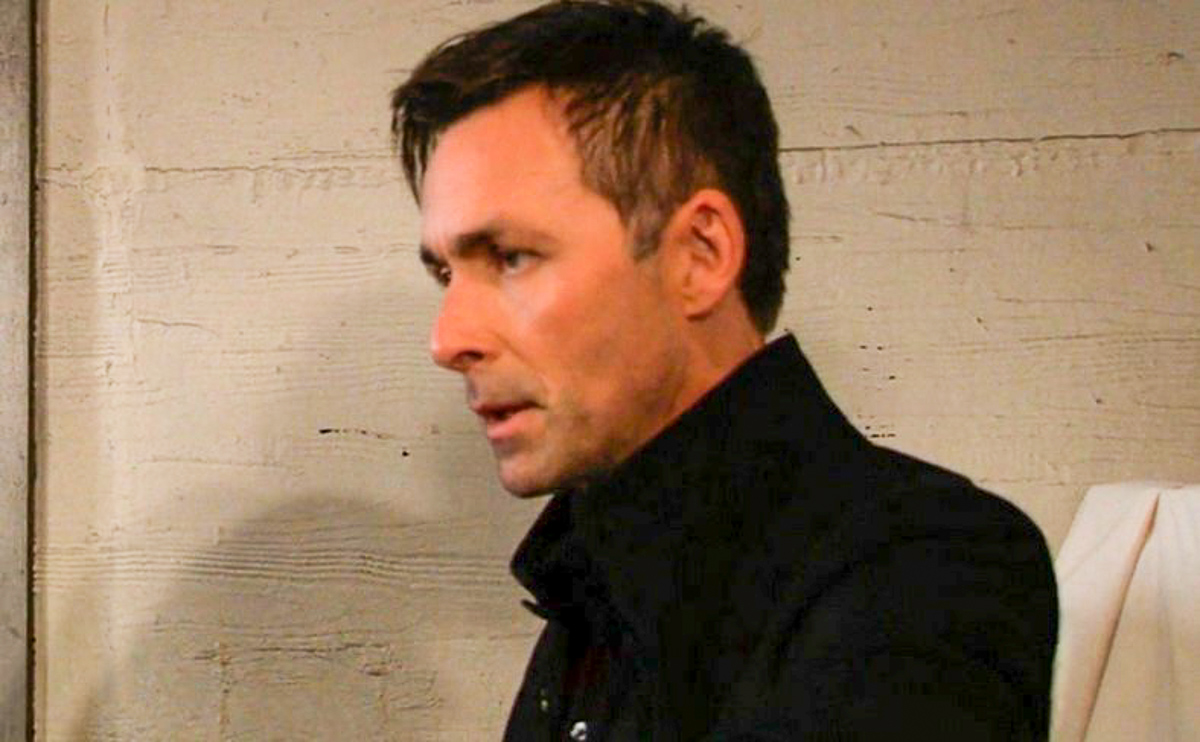 General Hospital spoilers tease that Valentin Cassadine (James Patrick Stuart) will be delighted in an upcoming episode of GH!

General Hospital Spoilers – Will Valentin Cassadine Against All Odds Find The Portrait First?

Other than Nina Reeves (Cynthia Watros) going through with her marriage to him, Valentin would be delighted by one thing; if he, against all odds, found the portrait of Helena Cassadine (Constance Towers) first, and think that his problems are solved! But what if Valentin finds the portrait and the codicil isn’t in it?

He already broke into and checked Ava Jerome’s (Maura West) safe at the gallery, and it wasn’t in there. However, after Nina and Ava decided to band together against Valentin and Nikolas Cassadine (Marcus Coloma) after Nina visited her in Shadybrook and found Nikolas’ Cassadine crest ring under Ava’s bed, the two of them could really throw both of the Cassadine men an absolute zinger!

GH Spoilers – It’s All About The Children!

Nina especially will feel that in protecting the Cassadine wealth, it’s all about the children – both Charlotte Cassadine (Scarlett Fernandez) and Spencer Cassadine (Nicolas Bechtel). Both Cassadine children need to be assured of an inheritance when Valentin and Nikolas are gone.

Nina will want to see this codicil for herself before she and Ava do anything else, to see if it really does disinherit Valentin or not, or if the whole thing is only one of Helena’s sick mind games, and all there is to find is a note from her saying there was never any codicil to begin with or else instructions sending whichever Cassadine son, grandson, or great-grandson remained on a wild goose chase! (Wait a minute – was there a stuffed wild goose in the trophy room? Did anyone look to see if the goose was stuffed with the codicil?!)

General Hospital Spoilers: Is Nikolas Really Nikolas or An Imposter? What You Need To Know! @celebratesoaps #GH #generalhospitalhttps://t.co/MbwoJL33WC

General Hospital Spoilers – Nina Reeves And Ava Jerome Want To Serve The Cassadine Men Up With A Steaming Plate Of Revenge For All The Lies They Have Been Told!

One thing is for certain; Nina and Ava want to serve the Cassadine men up with a steaming hot plate of revenge for all the lies they have been told! It is hard to tell who’s worse – Valentin, who meant well but produced a fake daughter for Nina, or Nikolas, who drugged Ava and told her that he was a ghost and her daughter Kiki Jerome (Hayley Erin) was in hell with him! Jasper Jacks (Ingo Rademacher) made a good point when he told Nikolas “I thought you were supposed to be the GOOD Cassadine”!

But, unfortunately, it may have to be one Cassadine man at a time, and it looks like Valentin’s first; if Ava and Nina find the codicil, they will remove it and hide it; if they find nothing but a mean note from Helena, saying there is no codicil, or perhaps nothing at all, they may put a map leading Valentin on a wild goose chase, and then after he has the portrait with that map, Nina might tell him now that he has the map, just to give the painting back in the gallery or put it back where it was found, then, working with Ava, put the same map back in the painting for Nikolas to find, lead both men to the same place at the same time and give them either the fake note from Helena saying there is no codicil and there never was, or forge one! Liars, liars, pants on fire!