‘The Bold and the Beautiful’ Spoilers: Liam Worried About Hope – Thomas And His Influence Too Strong To Handle 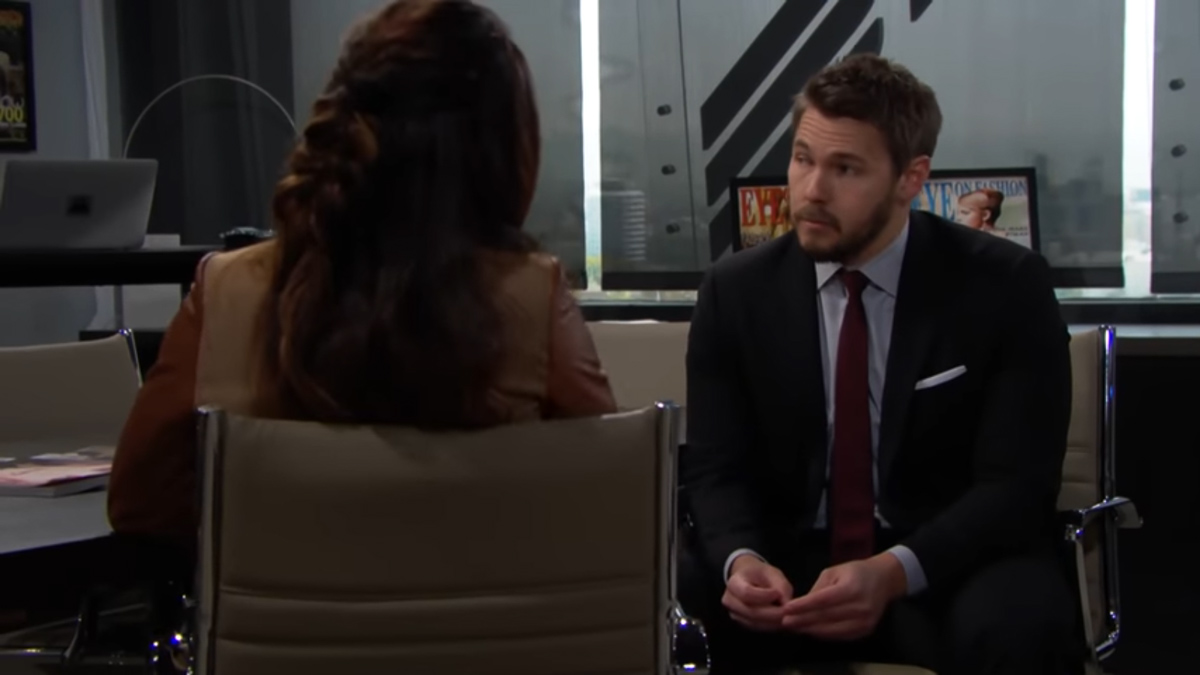 The sight of Thomas Forrester (Matthew Atkinson) enrages Liam Spencer (Scott Clifton) on ‘The Bold and the Beautiful’. Who wouldn’t be disrupted when seeing the man who purposely withheld knowledge of Beth Spencer (Madeline Valdez and River Davidson) being alive from her parents. And unlike Hope Logan (Annika Noelle), who was in shock, Thomas didn’t maintain his silence about a stunning matter for twenty-four hours, but instead for months.

The latest deviously aggressive move Thomas makes sees him pushing for Hope to return to work. As her signature fashion line projects, Atkinson’s character has hope for the future.

Pam Douglas (Alley Mills) was tasked with helping Douglas Forrester (Henry Joseph Samiri) on a so-called secret project. As Thomas sarcastically told Liam, in reply to a verbal jab, this secret was a good one.

Douglas came running in holding a Hope For The Future poster he created, topped by an HFF acronym header. Hope loved it, as did Thomas.

The goal in this latest use of Douglas as an emotional pawn was to tug Hope’s heartstrings so she would agree to reclaim her post at Forrester Creations. Noelle’s character has been enjoying time with her daughter at home. It doesn’t make up for the precious moments she and Liam lost during the months when Phoebe Forrester (Madeline Valdez and River Davidson) was believed to exist and Hope had no plans of working anytime soon.

Having Hope push to legally become Douglas’ mother is a victory in Thomas’ mind. He isn’t aware that Hope, as encouraged by her mother, Brooke Logan Forrester (Katherine Kelly Lang) wants to seek full custody at some point in time.

Moving past the adoption, Thomas now wants to created regular contact with the woman he either loves, is obsessed with, or both. That can happen if he convinces her to begin working again.

Thomas has been fiercely designing for Hope’s line. But if his plan works and Hope does return to work, likely keeping Beth in FC’s daycare, what would happen next?

Thomas is troubled and is trouble for ‘Lope’. There’s no doubt that he has untreated mental health issues, based on all that’s happened since the summer. The lack of any professional care has served to exacerbate the situation.

B&B fans clearly see that Thomas’ motives are to split Hope from Liam slowly. Atkinson’s character has gained a sense of resolve, with patience being one of the new weapons in his arsenal.

If Thomas achieves his next object, Liam will surely be put further on edge. With that, Hope should expect pressure in the cabin where she, Liam, Beth, and Douglas, on scheduled times, live.