Days of Our Lives Spoilers: Princess Gina Is Feeling Cornered- Will Abigail Expose Her? 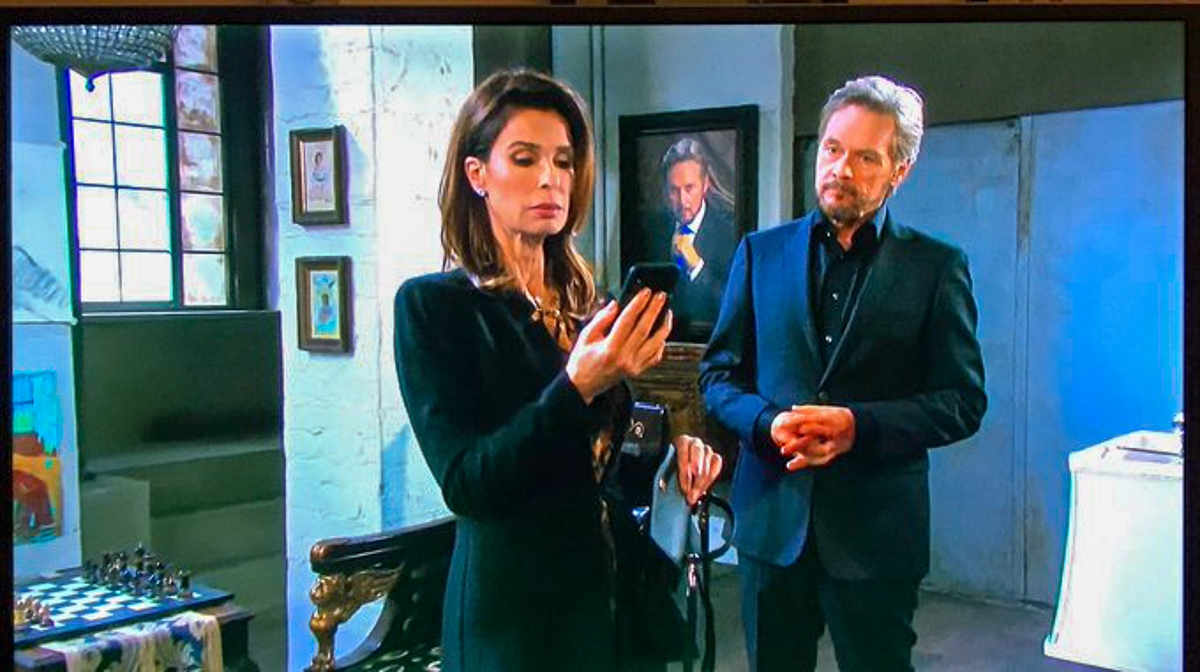 Days of Our Lives spoilers tease that there have been quite a few people in Salem who have been scratching their heads and wondering what in the world has been going on with Hope Brady (Kristian Alfonso) lately. Little do they know that it’s actually Hope’s alter-ego Princess Gina who has taken over. Luckily, Abigail Deveraux (Kate Mansi) will put her detective hat on and manage to get one step closer into figuring out why Hope has been acting so strange. Here’s what you need to know.

Days of Our Lives Spoiler: Princess Gina Is Feeling Cornered

Hope Brady might look the same, but she is certainly speaking differently and acting differently, too. And while a lot of Salemites can’t manage to pinpoint what the problem is, it looks like Abigail might be able to figure it out. As many Days of Our Lives fans already know, she believes that Eve Donovan (Kassie de Paiva) was not the one who pushed and tried to kill her mother Jennifer Horton (Melissa Reeves) last year and before the time jump. In fact, for the first time in her life she actually believes that Eve is telling the truth, despite everything that she has said and done in the past.

While there’s no doubt that the year Jennifer spent in her coma can never be restored, Abigail wants to make sure that her mom gets the justice that she deserves. That’s when she begins to connect the dots while trying to figure out where her cousin Hope was during the night that Jennifer was almost killed. And wouldn’t you know it, Hope, or rather, ‘Princess Gina’ is doing everything she can to tap dance around Abigail’s questions. Clearly, she’s hiding the truth and refuses to let it come out.

DOOL Spoilers: Princess Gina Comes Up With A Master Plan

Days of Our Lives spoilers indicate that Princess Gina will be afraid of getting exposed and that’s when she decides to take out Abigail herself – and permanently, too. If she couldn’t kill Jennifer Horton, will she be more successful in her attempt with her daughter, Abigail Deveraux? Needless to say, Days of Our Lives fans will have to tune in for all of the action!