Days of Our Lives Spoilers: Will Lani Tell Eli the Truth About Gabi’s Blackmail? 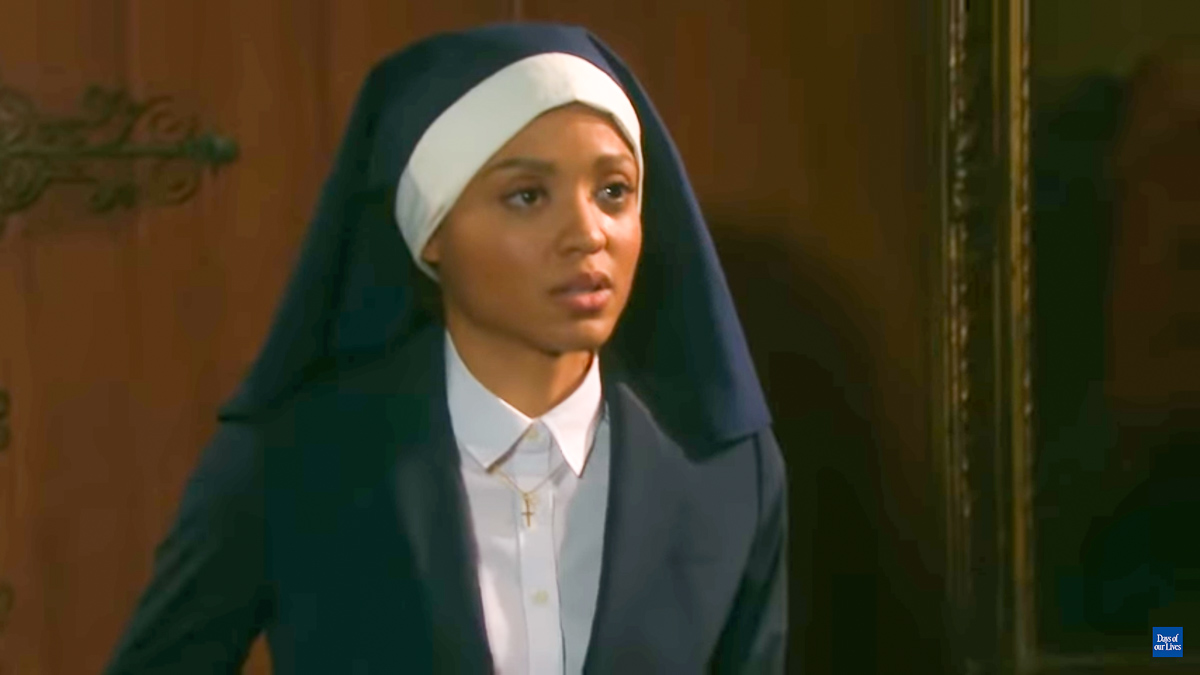 Days of Our Lives spoilers reveal Eli Grant (Lamon Archey) and Lani Price (Sal Stowers) face each other once again. He has no idea of what Gabi Hernandez DiMera (Camila Banus) has done. However, fans are hoping that he finds out soon. Will Lani finally tell him the truth about why she had to break his heart?

DOOL spoilers confirm Gabi got her revenge, even though it was cruel. She didn’t matter who got in the crossfire, as long as she won and Lani suffered. After Lani did was Gabi wanted to dump Eli at the altar, that wasn’t enough.

The wicked widow also had to take Lani’s man for herself and still has that pacemaker app on her phone. This means she could still decide to kill Julie Williams (Susan Seaforth Hayes) whenever she wants.

It is indicated that Lani didn’t really have a good reason for leaving town. She might have her excuses but she was really running away. She didn’t just leave town, the country or state, though. She left the country and went halfway around the world to hide out in an Italian convent with Kristen DiMera (Stacy Haiduk).

Days of Our Lives Spoilers – Eli Grant Faces His Past

Days of Our Lives spoilers reveal Lani thought an Italian convent would be the one place where nobody would find her, especially Eli. She was wrong, though. Through a series of bizarre events, fate led Eli to Rome and to that particular convent. It was also impeccable timing that Eli faced Lani and not another nun.

However, it is forcing him to face his past and confront his bottled-up feelings. He is still angry over being dumped at the altar. What makes him even angrier is that Lani couldn’t even give him the real reason.

Days Of Our Lives Spoilers: Jennifer Has Memory From Night Of Tragic Fall – What Does This Mean For Princess Gina? @SoapOperaSpy #DAYS #DOOL #DaysOfOurLives #DaysSpoilers #DOOLSpoilers #Salem #NBCDaytime
https://t.co/HUctQTDKYt

Fans are wondering if Lani will use this opportunity to tell Eli the truth about Gabi. Chances are that she won’t. She is too scared that he won’t believe her or he could tell Gabi, which would put Julie at risk. However, there is one person that isn’t afraid of the consequences. THat is Kristen DiMera. Could she help her new friend and “sister” by revealing the shocking truth to Eli? Fans will just have to keep watching to see how this storyline plays out.