‘The Bold and the Beautiful’ Spoilers: Shauna In Position To Succeed – Ridge Ready To Move Forward 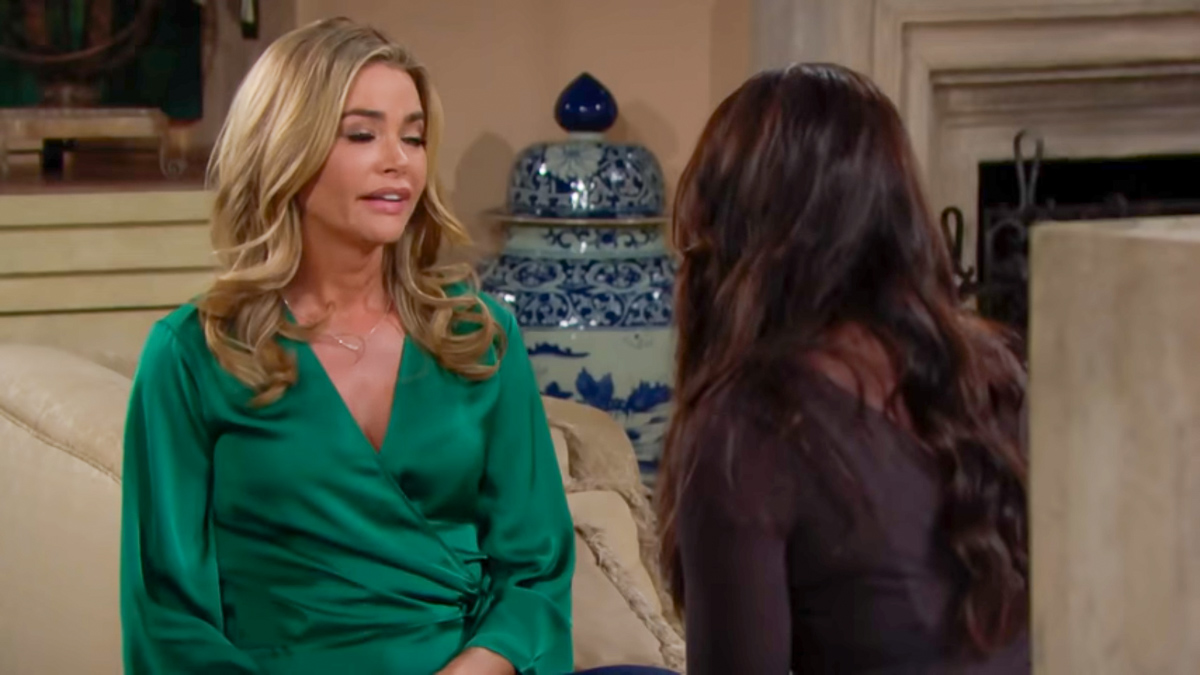 The Bold and the Beautiful spoilers tease that Shauna Fulton (Denise Richards) has put herself in a strong position. She just might succeed in becoming Ridge Forrester’s (Thorsten Kaye) next significant other. But ongoing support and more patience will be needed.

Whether Ridge is truly finished with this edition of Bridge is still developing in his mind and therefore on B&B. But he appears ready to move forward without his wife, who Shauna accepts as Ridge’s current true love and an ever-meaningful person in his life even if they split once again.

Richards’ character has a very realistic outlook. She knows the spot Brooke Logan Forrester (Katherine Kelly Lang) has long occupied in Ridge’s heart. Tellingly, Shauna has also said that she wants to be the woman in the next part of his life.

Quinn Forrester (Rena Sofer) has been rooting for Shauna to be with Ridge. However, Quinn also knows her own husband’s history with Brooke.

If Brooke is suddenly single, Eric Forrester (John McCook) would surely serve as one of her sounding boards. Quinn is understandably considering whether those types of conversations would lead to a renewed bond.

Meanwhile, Quinn had her own more recent romantic blush with Ridge. That took place a few years ago and didn’t lead to anything significant, or lasting. So, Ridge’s departure from Bridge may prove to be temporary, thereby breaking Shauna’s heart.

Shauna doesn’t ask anything of Ridge. She’s simply let him know what she’s thinking and feeling as the months have passed. In so doing, she became the anti-Brooke, who was constantly critiquing Ridge.

Viewers know that Brooke’s concerns about Thomas Forrester (Matthew Atkinson) were and are accurate. Ridge refuses to see his son as a threat, which served as the basis for this couple’s current breaking point.

Just as Ridge believes that Thomas deserves Brooke’s forgiveness and consideration, so too does he see Shauna as inspiration.

He didn’t initially take to the woman who could become his next wife because of what her daughter, Flo Fulton (Katrina Bowden), did. However, Ridge is vulnerable and definitely interested in exploring a fresh start.

Shidge isn’t inevitable and might not be lasting if it forms. But Shauna is open to exploring love with Ridge. If he’s on board, then Bridge is done, at least for awhile.