Days of Our Lives Spoilers: Ciara Pleads with Justin – Asks Him to Take Ben’s Case – Can He Get Off Death Row? 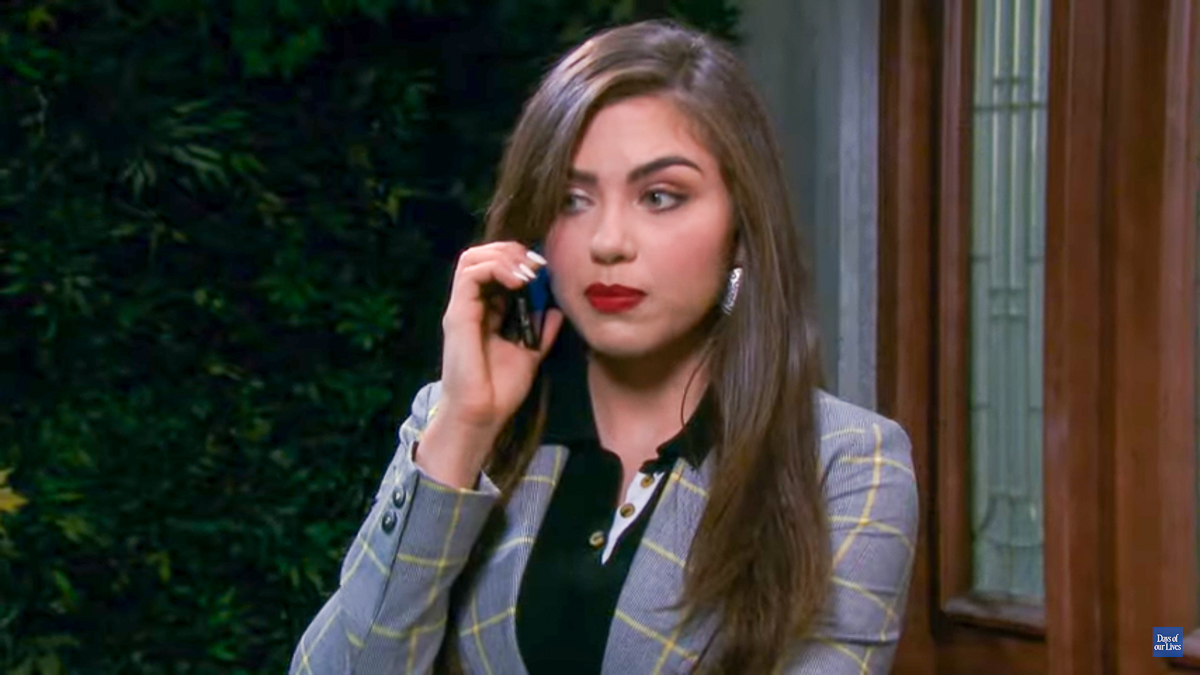 Days of Our Lives spoilers reveal Ciara Brady (Victoria Konefal) learns troubling news about Ben Weston’s (Robert Scott Wilson) legal status. He is already on death row, but it appears that his execution date could be moved up. The young executive begs Justin Kiriakis (Wally Kurth) to take Ben’s case. Can the reformed serial killer be saved before it is too late?

DOOL spoilers reveal Ben gets bad news about his legal case. Already convicted and sentenced to the death penalty, what could be worse? It is suggested that perhaps his execution date might be moved up. This makes it even more imperative that Ciara find a way to save the man she loves from certain death.

Ciara has already gone above and beyond what most people would do to clear someone’s name. Despite her best efforts, she can repeatedly failed to find evidence that could free Ben. After learning some bad news about Ben’s legal issues, she turns to family for help.

Days of Our Lives Spoilers – Begging for Help

Days of Our Lives spoilers reveal Ciara will turn to the lawyer in her family for assistance. Everyone thinks that Ben and Ciara are over. This means that she will have to tell Justin Kiriakis the truth. That she is still with Ben and has been working to clear his name. She will also have to tell him that she is convinced Victor Kiriakis (John Aniston), her own grandfather bribed Xander Cook Kiriakis (Paul Telfer). It led to Jordan Ridgway’s (Chrishell Hartley) murder and Ben being framed for the crime.

Days of Our Lives Spoilers for Tuesday, December 10: Lani Tries To Spare Kristen – Kate’s Secret Is Revealed – Hope Is Questioned About The Night Her Mother Was Pushed Off The Balcony https://t.co/LhNg5HG1bQ pic.twitter.com/aYTIzuKfAS

It sounds like Justin might hesitate to help Ciara. However, she can be quite convincing. In the end, Justin might go ahead and take the case. However, can he clear Ben before it’s too late? There isn’t a lot of time and not a lot of evidence to work with. Justin will definitely have his work cut out for him. Fans will have to keep watching the NBC soap opera to find out how this storyline ends.