Days of Our Lives Spoilers: Eli Rubs Salt in Lani’s Wounds – Brags About Sleeping with Gabi 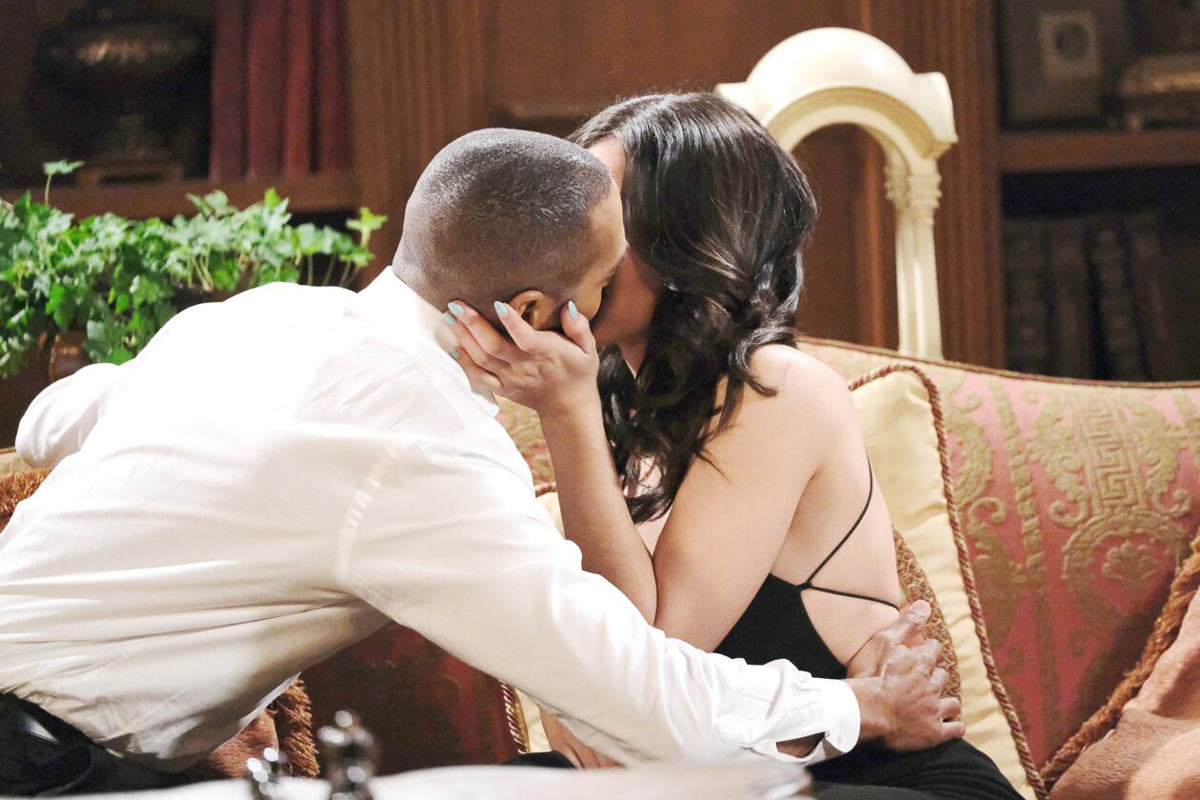 Days of Our Lives spoilers reveal Eli Grant (Lamon Archey) isn’t happy to see Lani Price (Sal Stowers). He still has anger over being dumped at the altar without a good explanation. He decides to show her that he’s moved on. He informs her that not only is he the head of security at DiMera Enterprises, but is also sleeping with his boss, Gabi Hernandez DiMera (Camila Banus).

DOOL spoilers teased that Lani would have to make a difficult choice. One year later and there are still unresolved issues and frustrated emotions over Lani’s heartbreaking choice. Eli has tried to move on in his own way, but it’s clear he is still hurting. As for Lani, she decided that if she couldn’t have her soulmate, then she would dedicate her life to God.

DOOL Spoilers – Moving on with the Enemy

It is confirmed that Eli is combining business and pleasure. He is no longer a police detective, but is the head of security at DiMera Enterprises. He is also sleeping with the head honcho, who also happens to be a former flame. That person is of course, Gabi Hernandez DiMera.

Days of Our Lives spoilers reveal that the only reason Eli and Lani have found each other again is due to some bizarre circumstances. Kristen DiMera (Stacy Haiduk) plans on donating her DiMera shares to the church. Once Gabi got wind of this, she was determined to have Eli convince her to sell those shares to Gabi. What he didn’t expect was to face the woman who shattered his heart on their wedding day one year before.

Speaking to Soap Opera Digest, Lamon Archey discussed Eli’s way of hurting Lani after she broke his heart. It seems that he will tell Lani that he is sleeping with his ex-girlfriend and boss, Gabi.

“I think he does that to see if he gets a rise out of her, to see if she cares or if it bothers her… He’s been pissed off for a whole year. He’s never gotten over what she’s done to him and he’s really bitter. He wants Lani to feel some of the pain that he went through.”