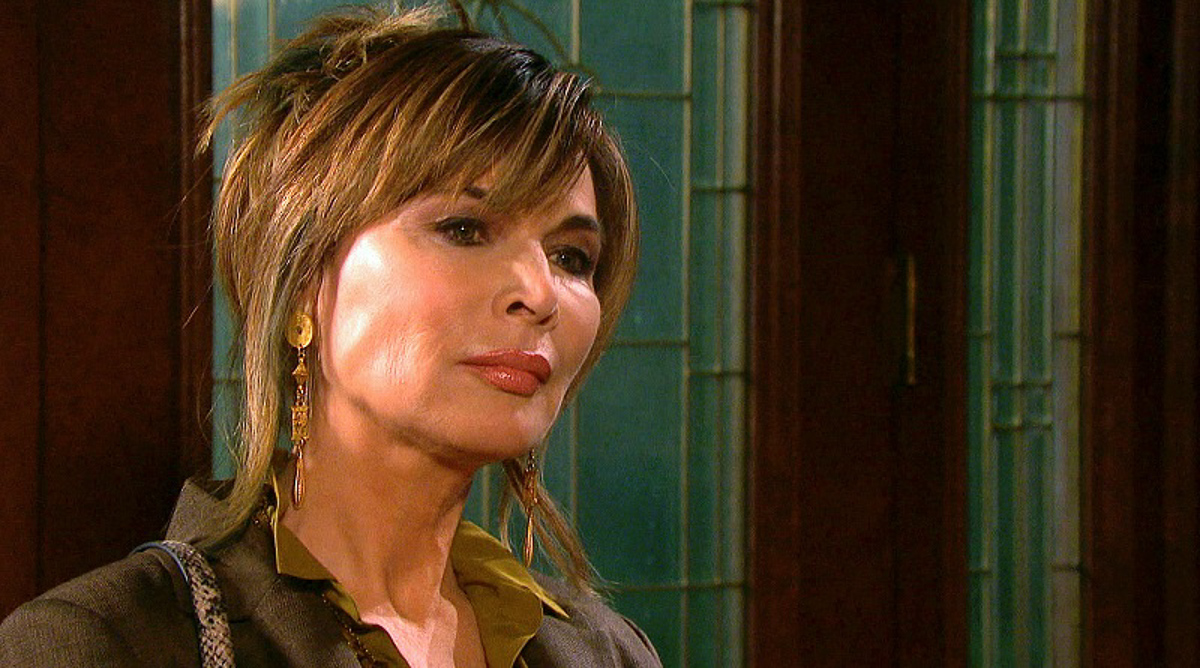 Days of Our Lives (DOOL) spoilers tease that Kate DiMera (Lauren Koslow) has a secret! As viewers know, Kate has taken on a major life change. Instead of working as CEO for either Titan Industries or DiMera Enterprises, Kate has opted to work as a waitress at the Brady Pub. But what other secrets is Kate hiding? Could it have something to do with Steve Johnson (Stephen Nichols).

As viewers know, Steve is back in Salem. But currently believes himself to be Stefano DiMera (Joseph Mascolo) with his memories implanted in Steve’s body. But for Stephano to walk freely among Salem, he would likely have to pretend to be Steve. This is similar to how Princess Gina (Kristian Alfonso) is masquerading as Hope Williams. But “Stefano” couldn’t risk just returning to Steve’s old life. Kayla Brady (Mary Beth Evans) would figure out something is wrong with Steve.

Whether or not Kate knows that Steve is really Stefano, she would provide a good cover so “Steve” could walk around Salem, pursuing his real goal, Dr. Marlena Evans (Diedre Hall). If Steve is dating Kate, he can keep those closest to Steve at arm’s length and still keeping the fact that he is actually the DiMera crime lord a secret. It’s doubtful that Kate knows any of this, she probably just assumes that she is with Steve.

Steve and Kate never have really gotten along, so news that Steve is dating Kate will be a shock to everyone, especially Kayla. It will be interesting to hear how Steve and Kate actually got together, as they hated each other last time Steve was in Salem. Steve, or “Stefano” would really have had to pull out all the stops to woo Kate. But perhaps her recent near death experience has softened her a bit.
What do you think?

Is Kate secretly dating “Steve”? Does she know he thinks he is Stefano? How will Kayla react to this? There is a lot going in Salem right now, so stay tuned to Days of Our Lives airing weekdays on NBC. And don’t forget to check back here regularly for all your Days of Our Lives news, information and spoilers!