Days Of Our Lives Spoilers: Stephen Nichols Admits He Was Shocked! To Learning He Was The New Stefano Dimera 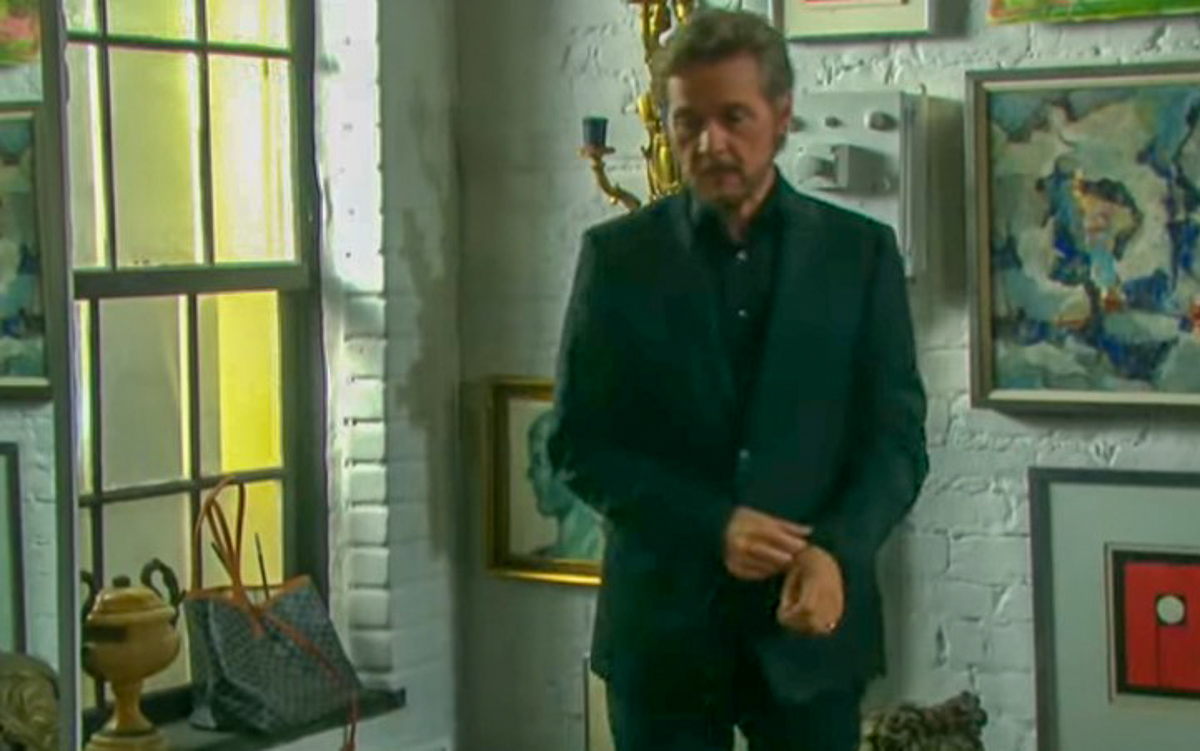 Days of Our Lives spoilers reveal there is a strange storyline that gives Stefano DiMera (formerly Joseph Mascolo) Stephen “Patch” Johnson’s (Stephen Nichols) face. The actor confesses that when he first discovered the news, he had a WTF reaction. Find out what else he had to say.

DOOL spoilers teased that Stefano could be coming back. His name was mentioned several times recently, which is usually a clue that a character is returning. However, fans have been very vocal about not recasting the role. Mascolo was a legendary actor who portrayed Stefano for decades.

Stefano has come back, but the part has not been recast. Instead, there is a strange storyline that involves either mind control, brainwashing or something else.

During a recent episode, Stefano was talking to Princess Gina (Kristian Alfonso). She painted a new portrait of the DiMera patriarch and fans discovered that it was “Patch.” Stefano made a strange comment about how he now had Steve’s face. However, is that really what is going on? Or has Dr. Rolf (William Utay) given Steve the memories that belonged to Stefano, similar to what he did with Hope Brady?

In Stephen Nichols’ interview with Soap Opera Digest, he revealed the truth about the situation. Stefano does not have Steve’s face. Instead, there is indeed a brain chip that has been inserted into Patch’s brain. Basically, Dr. Rolf had Stefano’s essence in bottle — or shall we say, in a brain chip.

The actor discussed his initial reaction to finding out he would have to play Stefano when he came back to the show.

“WTF?!! Then my brain went immediately into hyperdrive considering how in the world I was going to do it.”

Nichols admitted that it was a daunting task and he didn’t want to do a cheap imitation of Stefano. He watched video after video of Stefano in every scenario. He tried to get playing Stefano down to a science. This includes how Stefano carried his body, gestures and everything in between.

“The only times Steve was even remotely present were moments when he is with Kayla [Brady, Mary Beth Evans] and he is not conscious of it, but a psychic, spiritual connection is there.”

What do you think of the storyline of Stefano DiMera and Steve “Patch” Johnson?