Days Of Our Lives Spoilers: Xander Becomes Suspicious Of Ciara- Will He Expose The Truth? 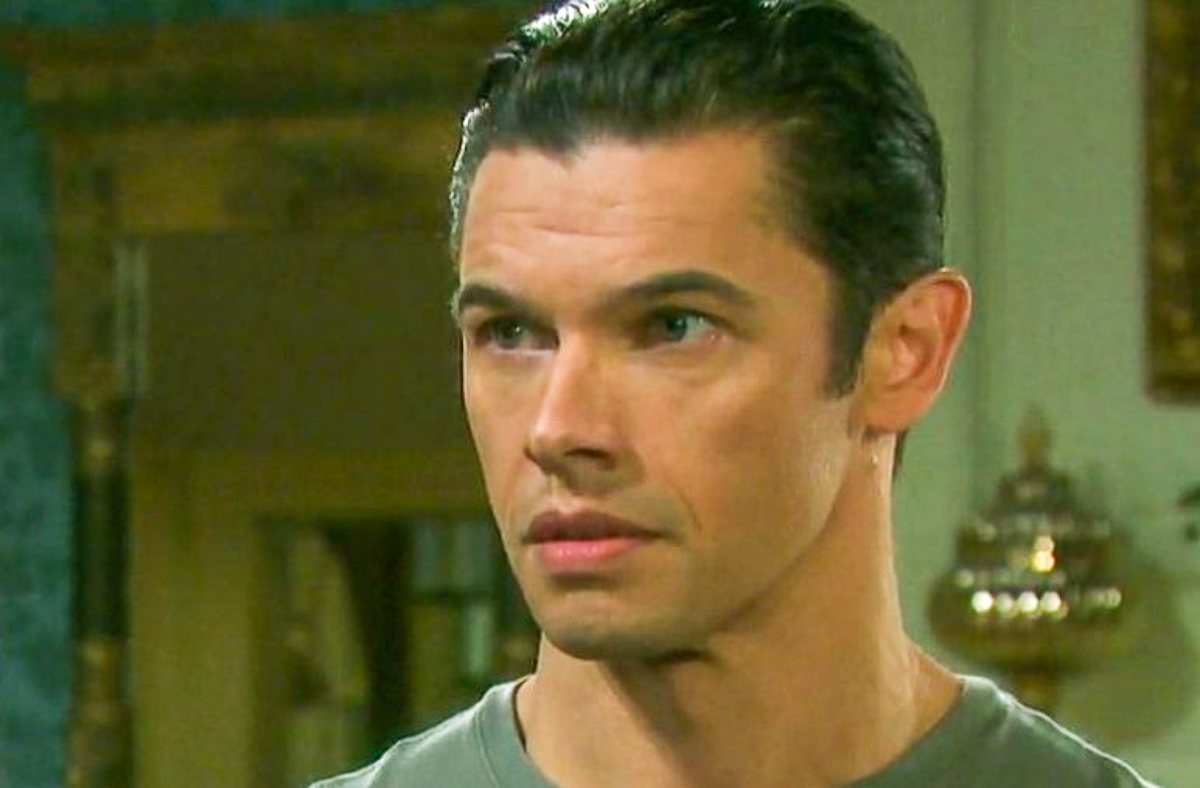 As Days of Our Lives viewers will recall, Ben Weston (Robert Scott Wilson) has been on death row in Statesville Prison for a year and only had one appeal left, and now may not even have that, since other Days of Our Lives spoilers say that he will tell Ciara that his legal situation has gotten worse. Ciara and Ben have suspected that Ben was framed for the murder of his late sister Jordan Ridgeway (Chrishell Shause) who was found strangled with her own scarf in Ben’s house!

Ben would have done well not to touch her scarf but he was too upset to think when he found her! Prior to that, he had been desperate to protect Ciara when Jordan had threatened her, and even tried to poison her with a poisoned cupcake at her son’s first birthday party, but Rafe Hernandez (Galen Gering) had eaten it instead and had to be rushed to Salem University Hospital; Ben had gone to Victor Kiriakis (John Aniston) and asked him to put a hit out on Jordan, but later changed his mind – and a few weeks before that, Victor had Xander knock Ben out where Victor would have strangled him had Brady Black (Eric Martsolf) not walked into the room and interrupted!

So it is not surprising that Ciara and Ben suspect that Victor had Jordan killed, probably by Xander, and framed Ben for it! But she needs proof that can be substantiated – not a theory, and so she has been doing a lot of snooping around, both at home and at work, since she now works for Titan Industries, where Xander is now CEO, and they both live in the Kiriakis mansion!

Xander has caught her in his office at work twice now, and she covered with saying it was work related and either she was looking for files or leaving them. The last time, when she had been trying to break into his metal briefcase, which he keeps anything secret in, he told her to stay out of his office and if she needed anything or to bring anything, to ask first!

She had managed to get the briefcase out of his office and into her bedroom where she drilled through the lock to get it open, but found nothing of importance, and then found a duplicate which she replaced the original with. However, one step she seemed to have skipped was realizing she either needed to replace the key of the original one with a replacement key, because even though it may be a common model, it does not mean that one key works on all, and Xander may not be able to get into the replacement!

Days of Our Lives Spoilers: Lani Is In For A Shock- Somebody Unexpected Shows Up! https://t.co/7yQms8kWfj pic.twitter.com/hkxKE9sLXl

Xander, if he cannot get into his briefcase with his key, which Ciara did not think to replace and switch with the key to the replacement briefcase will immediately think back to the last time he caught her in his office and the rather large bag she had. Some women do like tote bag size purses, but he will realize she is the one who took his original, even though when he finally does get it open he will find everything in it that he put there. The thing is, what exactly is she looking for?