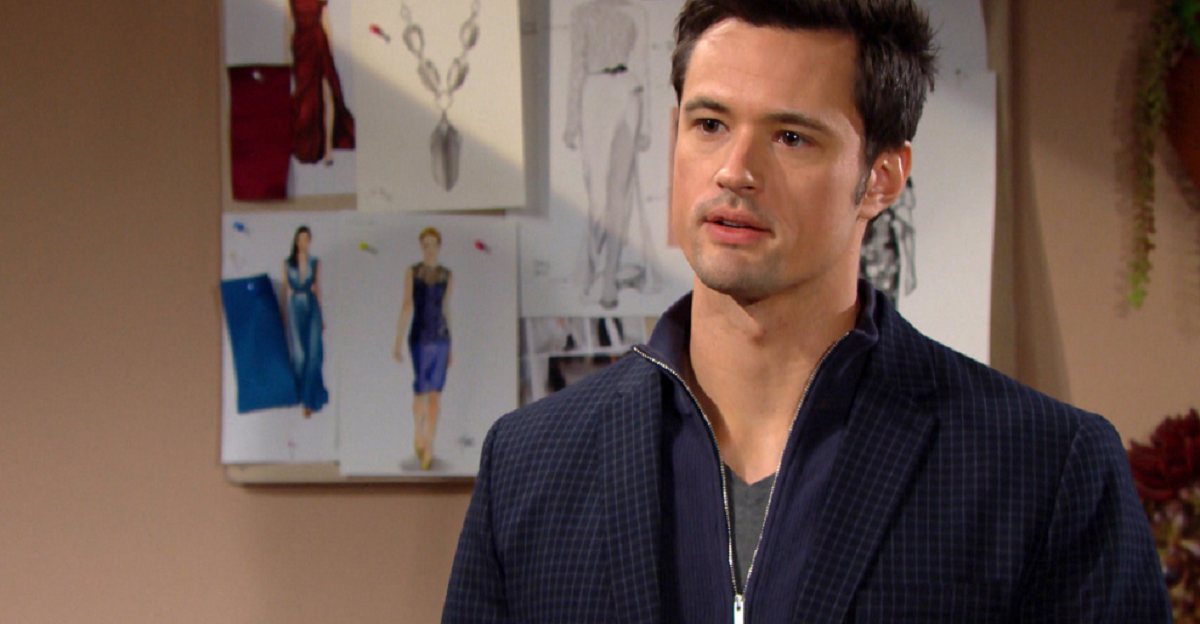 The Bold and the Beautiful (B&B) spoilers for Thursday, December 12, tease that Hope Logan (Annika Noelle) will be feeling competitive. As B&B viewers know, Thomas Forrester (Matthew Atkinson) has recently approached her about the two of them working together on her Hope For The Future line. Hope has been considering that offer but getting a little pushback from Liam Spencer (Scott Clifton) on the issue.

Well, now Thomas has approached Hope about engaging in a “fashion showdown,” pitting her Hope For The Future line against Steffy Forrester’s (Jacqueline MacInnes Wood) new line that she’s been working on for a younger demographic. That seemed to pique Hope’s interest, and according to B&B spoilers, both Hope and Steffy will soon be all-in on the idea of a fashion competition.

B&B Spoilers– It’s Game On For The Fashion Showdown

As B&B viewers know, Steffy has recently had Sally Spectra (Courtney Hope) working on the designs for her new line, and so it looks like it will be Sally and Steffy versus Thomas and Hope in the fashion showdown. The idea is for both teams to show their designs at a fashion event and for a team of buyers to attend and place orders. And whichever team gets the most buys wins.

Meanwhile, on Thursday’s new episode of B&B, Wyatt Spencer (Darin Brooks) will be feeling unsettled. As B&B viewers know, he and Sally recently had a major conversation about their relationship. This came after Sally accidentally called Wyatt by Liam’s name. Sally ended up feeling good about their relationship after their talk, but Wyatt still seemed to be conflicted.

The Bold and The Beautiful Spoilers: Thorsten Kaye Dishes On If Ridge Will Ever Turn On Thomas https://t.co/iwI8LZXtRh pic.twitter.com/nxvJOrcyYT

Bold and Beautiful Spoilers– Wyatt Spencer Reaches Out To His Brother

Well, Wyatt will end up having a talk with Liam about what’s going on and how he’s begun to re-evaluate his relationship with Sally. This probably won’t come as much of a surprise to Liam, since Wyatt hasn’t really been in a hurry to plan the wedding or get Sally an engagement ring.

Wyatt might fill Liam in about how Sally proposed that they run to Las Vegas for a quick wedding, and about how Wyatt turned down her offer. It will be interesting to see whether Wyatt tells Liam about Sally referring to him by Liam’s name. Of course, if he does, then Liam will surely reassure Wyatt that there’s nothing between him and Sally, and that there hasn’t been for a very long time.

That may reassure Wyatt a little bit, but there’s something else that may be bothering him, too, and that’s the issue of Flo Fulton (Katrina Bowden). As B&B viewers know, Wyatt still seems to have unresolved (and fairly strong) feelings for Flo. Perhaps he’ll finally admit that to himself and to Liam as they talk on Thursday’s episode. Wyatt really needs to get honest about what he wants and who (if anyone) he wants to be with. Liam might be just the person to finally make Wyatt examine what’s really in his heart.