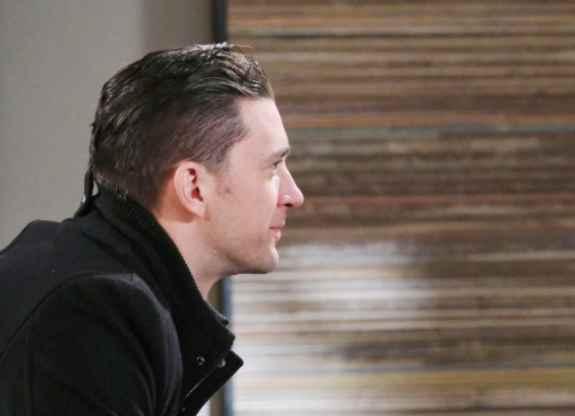 Days of Our Lives (DOOL) spoilers for Friday, December 13, tease that Abigail DiMera (Kate Mansi) will get the help she needs. DOOL fans know Abigail’s been investigating Jennifer Deveraux’s (Melissa Reeves) case and trying to get to the bottom of what really happened. She mentioned the surveillance footage possibly being doctored, which gave Chad DiMera (Billy Flynn) an idea.

DOOL Spoilers: Abigail DiMera Will Get The Help She Needs

At Chad’s request, a company that DiMera Enterprises owns will look into this footage. Their sophisticated artificial intelligence program should be able to prove it was indeed altered. Days of Our Lives spoilers say Abigail will get some solid evidence to clear Eve Donovan (Kassie DePaiva), which should leave Princess Gina Von Amberg aka Hope Brady (Kristian Alfonso) shaking in her boots!

Princess Gina will decide she needs to go on the run before her plot blows up in her face. She’ll make plans to leave Salem ASAP, but her plans will change soon enough. Meanwhile, Jennifer will finally head home from the hospital. She spent a year on a coma and remained at hospital after awakening to make sure her recovery stayed on track.

With the exception of that little field trip to the crime scene with Abigail, Jennifer’s been cooped up for far too long. She’ll be thrilled as she returns to the Horton house and gets carried over the threshold by Jack Deveraux (Matthew Ashford). They’ll celebrate like they’re newlyweds – and they sort of are in Jenn’s mind! As for Jack, he’ll just be glad his wife came back to him and can be home for the holidays.

Other Days spoilers say Xander Kiriakis (Paul Telfer) will remain glum over the situation with Mackenzie “Mickey” Horton. He hates not being able to be there for Mickey when she needs him most. However, Eric Brady (Greg Vaughan) is refusing to budge. Now Sarah Horton’s (Linsey Godfrey) revealed that there’ll be even more distance between Xander and Mickey. That’s because she’s leaving town with Eric and their daughter.

Fortunately, this is just a temporary exit – which will allow Mickey to see a specialist in Boston. Even so, Xander will have to wait and worry along with Nicole Walker (Arianne Zucker). Days of Our Lives spoilers say Xander will find a distraction thanks to Ciara Brady (Victoria Konefal). He’ll develop some suspicions about Ciara and what she might be up to.

Ben Weston (Robert Scott Wilson) will get in touch with Ciara and deliver a stern warning. He won’t want Ciara putting herself in harm’s way, so he’ll think she needs to be careful when it comes to Xander. After Xander’s suspicions are raised, Ciara will indeed need to watch her step and avoid stirring up any more trouble!

It sounds like another great episode’s on the way, so don’t miss what’s in store. We’ll give you updates as other Days news and rumors emerge. Stick with DOOL and don’t forget to check back often for the latest Days of Our Lives spoilers, rumors, updates and news.