Days of Our Lives Spoilers: Gabi Falls As Fast as She Acquired DiMera – Will It Teach Her Anything, Though? 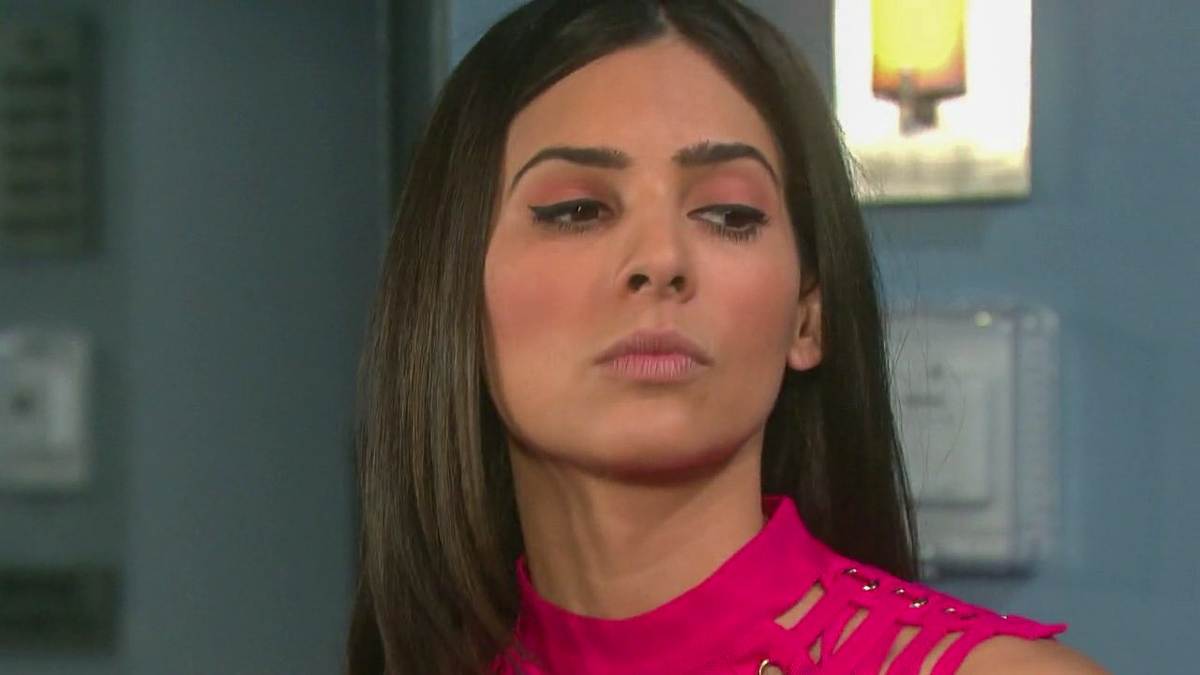 Days of Our Lives spoilers reveal Gabi Hernandez DiMera (Camila Banus) just took over everything DiMera after her husband’s death. One year later and she is in charge of the company, mansion and fortune. She rose up pretty fast and you know what they say, the faster they rise, the harder they fall. When she comes tumbling down from her imaginary throne, will it teach her anything?

DOOL spoilers tease that Gabi was in an enormous amount of pain after Stefan DiMera’s (formerly Brandon Barash) death. She wanted revenge and went after Lani Price (Sal Stowers). After that, she took Eli Grant (Lamon Archey). Now, she is going after Chad DiMera (Billy Flynn).

DOOL Spoilers – Paranoid of Losing What’s Not Hers

Her reactions to everything would be understandable if DiMera actually belonged to her. But it isn’t hers, the estate and company actually should be Chad’s. The longer that Chad and Abigail DiMera (Kate Mansi) stick around, the more paranoid Gabi gets. She is afraid of losing what isn’t hers to begin with.

Days of Our Lives Spoilers – Chad DiMera a Threat

Days of Our Lives spoilers reveal that after trying (and failing) to fire Chad, she will try to evict him from the mansion. However, he knows that he belongs there and refuses to leave. Plus, there is no way that Stefano DiMera (Stephen Nichols via brain chip) will allow Gabi to kick out his own son. It is only a matter of time before Stefano gets rid of Gabi and makes her suffer for her crimes against the DiMera family.

Days of Our Lives Spoilers: Chad And Gabi Battle For The Top Spot At DiMera – The Claws Are Out https://t.co/5agiTBnzeR pic.twitter.com/1WEpTQtmyl

Eventually, Gabi will fall and when she does, what will happen to her? Will she go back to being the woman we remember? She was never perfect, but her actions were always understood to a certain degree. Or will she stay in supervillain mode? It will be difficult for her to get what she wants after she has alienated everyone in her life.

Remember her mentor, Kate Roberts DiMera (Lauren Koslow)? She has even pushed her away. Kate herself said that Gabi has become ruthless these days. Fans will have to keep watching the NBC soap opera to find out what happens next.