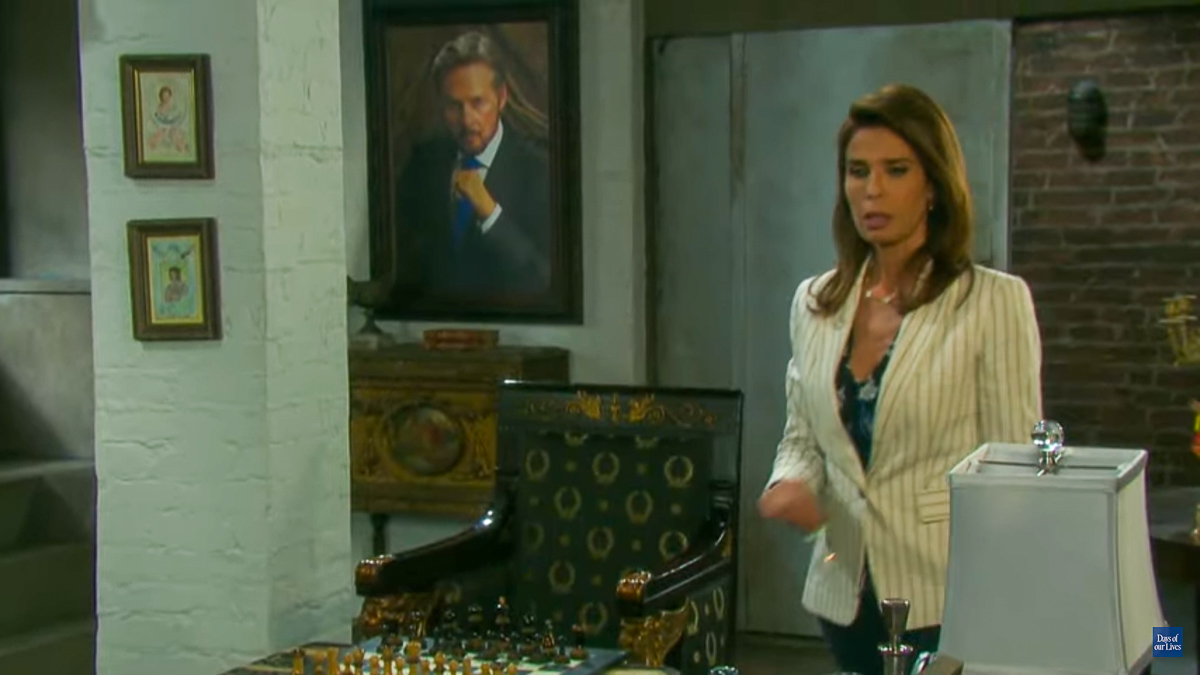 Days of Our Lives spoilers reveal Princess Gina (Kristian Alfonso) will soon be exposed. But what happens after the truth comes out and Eve Donovan (Kassie DePaiva) is cleared? Will Princess Gina be transformed back into Hope Brady (also played by Kristian Alfonso)? If so, will Hope end up having to face criminal consequences for the evil things that Princess Gina did in her body?

DOOL spoilers teased that Princess Gina was going to be a comeback, but fans didn’t realize the truth would still be a secret. Before the time jump, Dr. Rolf (William Utay) transformed Hope into the art thief. Viewers thought for sure that the truth would come out after she tried to kill Jennifer Horton (Melissa Reeves). However, that hasn’t happened yet and in Salem time, it has been over a year now.

Determined to keep Dr. Rolf’s secrets safe, Hope ended up pushing Jennifer off of a balcony on her wedding night. It put the woman in a coma for exactly one year. She also tried to permanently end the woman’s life while she was unconscious on more than one occasion.

It is teased that Princess Gina also contemplates killing Abigail DiMera (Kate Mansi) for being too nosy.

Days of Our Lives Spoilers – Getting Back Hope Brady

Days of Our Lives spoilers tease that Jennifer will remember something from the night she was pushed. We’re not sure if it will be who shoved her off the balcony, but it seems the truth is close to becoming exposed. It is stated that Princess Gina will feel the walls closing in on her. As a result, she will try to flee Salem.

We are hoping that that is when everyone realizes Hope literally has not been herself and Dr. Rolf is forced to change her back into the character we know and love.

Hope is a fan-favorite character and there are no plans for Kristian Alfonso to leave the NBC soap opera. We are guessing that since Hope technically wasn’t herself, but Princess Gina, that she won’t have to go to prison for the imposter’s crimes. At least, that is what we are hoping. She’ll have enough on her plate trying to wrap her head around missing an entire year and the horrible things that Princess Gina did while inhabiting her body.