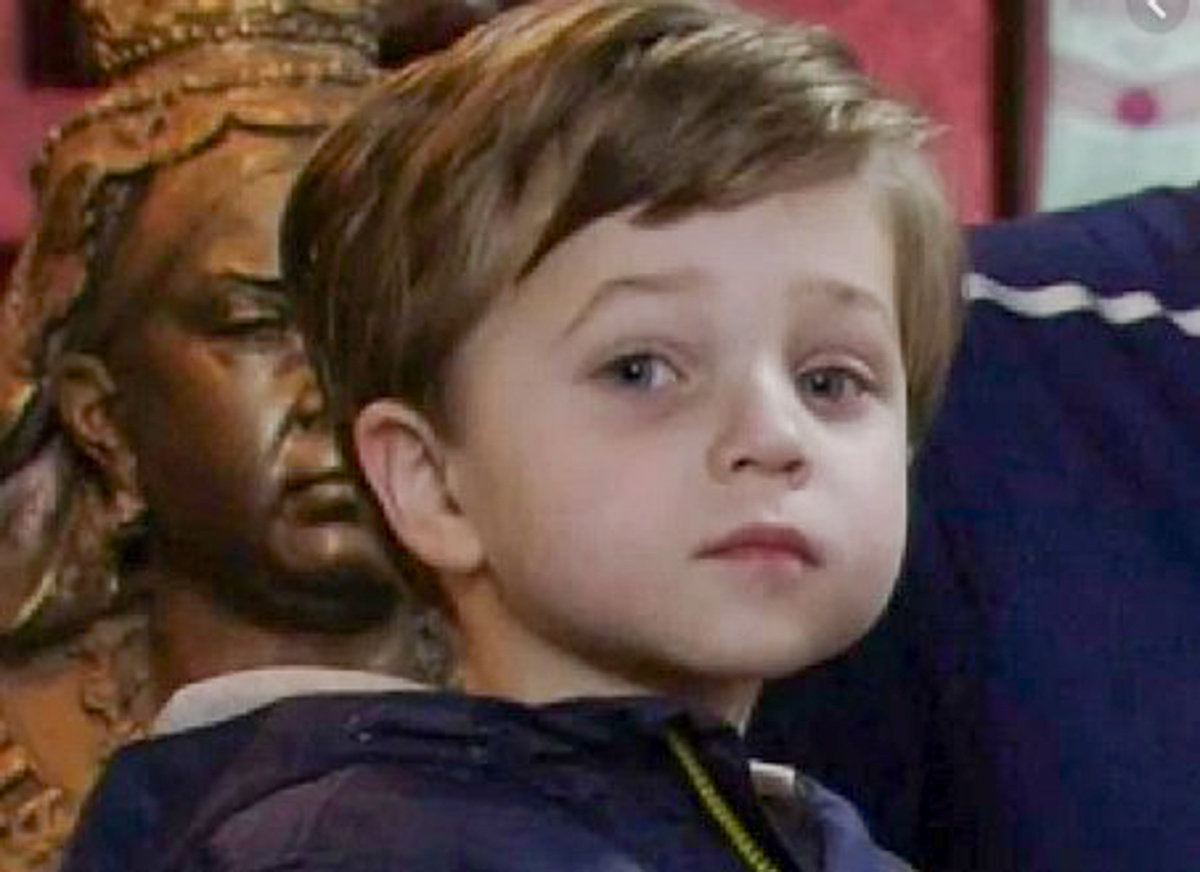 Eastenders spoilers reveal Ollie Carter (Harry Farr) gets a learner’s award at school, which the family is overjoyed about. However, after the teacher leaves the room, Michael “Mick” Carter (Danny Dyer) smells alcohol on Linda Carter’s (Kellie Bright) breath. She plays it off as just her having wine samples at the shopping center. However, Mick is seriously concerned, which overshadows his joy.

Ollie has been upset recently because he really had his heart set on getting the weekly learner’s award at school. Things take a positive turn when his teacher announces that he got the award. She said that she was saving the best for last. The whole family rejoices at the wonderful news.

Eastenders spoilers tease that after Mick smells alcohol on Linda’s breath, she doesn’t make a big deal out of it. She claims it was from a wine mullet sample at the shopping center. Then she shrugs it off like it’s no big deal, calls herself silly for making a slip like that and says she’ll start sobriety again tomorrow. Then, just like that, she gleefully skips out of the room.

Naturally, Mick is really concerned about his wife. He knows for a fact that she is lying about the sample. He clearly smelled alcohol on her breath and they were a foot apart. That means she had much more than just a wine sample. Plus, she is a bit too cheerful for someone who is trying to stay sober. It appears he might have to make some devastating and difficult choices in the weeks ahead.

EastEnders Spoilers – Does She Need an Intervention and Ultimatum?

Linda obviously can’t quit drinking on her own. SHe needs professional help or even needs to be admitted to a rehab center that specializes in alcohol addiction. However, she certainly won’t do this on her own. Mick might need to bite the bullet and give her a painful ultimatum. Either go to rehab and stay sober for a certain amount of time or leave the house — and her son behind. But can he really do that to the woman he loves? How would he explain that to Ollie?