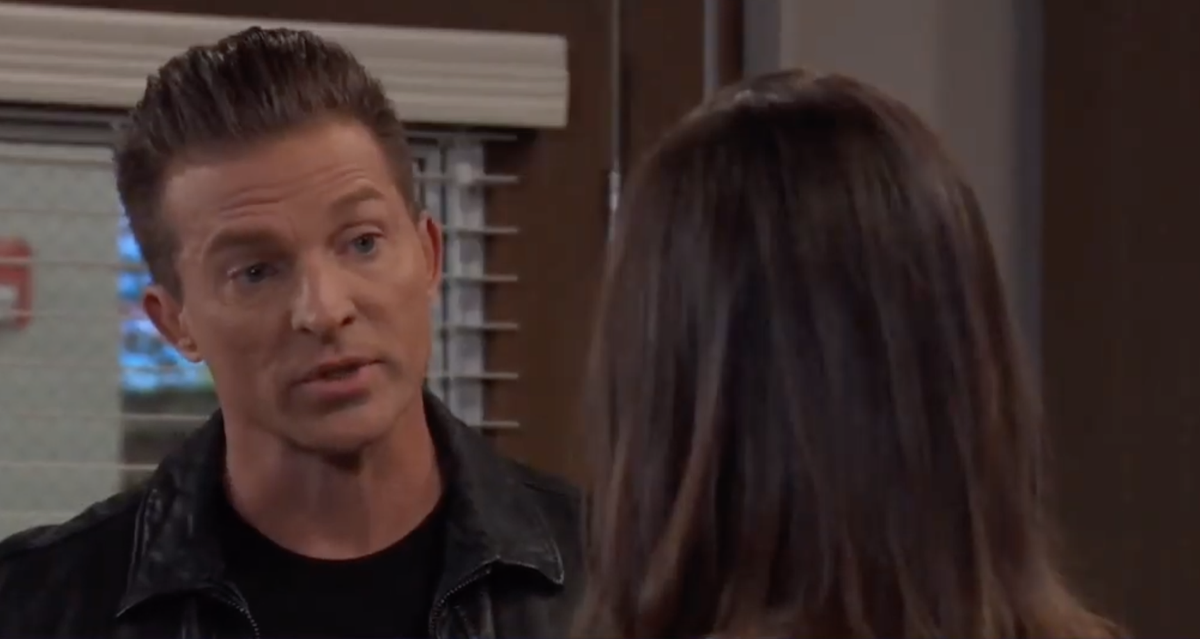 General Hospital (GH) spoilers for Friday, December 13, tease that Charlotte Cassadine (Scarlett Fernandez) will catch someone off guard – and it looks like it’ll be her “secret bodyguard.” Friday’s preview video shows Charlotte whispering, “I know who you are.” Viewers will recall that Charlotte recognized the mystery man while looking through the pics on Lulu Spencer’s (Emme Rylan) phone. If Charlotte decided to ask Lulu some questions or dig around, Nik’s identity may not be such a mystery anymore.

While Nik tackles this kid crisis, Nina Reeves (Cynthia Watros) will sit down for a chat with Jasper “Jax” Jacks (Ingo Rademacher). He’ll suggest Nina must be “troubled by that possibility,” so will she divulge her suspicions about Nikolas being alive? Nina will have to decide if she truly trusts Jax or not. As for Jax, it seems like he’ll fish for a little more info and try to figure out what Nina actually knows.

GH Spoilers – Nina Reeves Gets News That Leaves Her Shocked

Afterward, Nina will get some news that leaves her shocked and disturbed. Will Charlotte spill the secret Nik wants her to keep? Nina may fear there’s no line Nikolas won’t cross if it means taking down Valentin Cassadine (James Patrick Stuart). She should soon have even more of a motive to turn the tables on Nik, but Valentin won’t be spared either.

Other General Hospital spoilers say Laura Webber (Genie Francis) will meet up with Curtis Ashford (Donnell Turner) for another portrait talk. Curtis will think they need to look closer to home, but their efforts may be pointless as long as Ava and Nina are running the show! They’ll do a little more scheming soon, so we’ll see if their plan pays off.

At GH, Jason Morgan (Steve Burton) will make some serious accusations. During a conversation with Anna Devane (Finola Hughes), Jason will insist Peter August (Wes Ramsey) is the reason Sam McCall’s (Kelly Monaco) in prison. He’ll fill Anna in on his suspicions about Peter and his connection to Shiloh Archer (Coby Ryan McLaughlin).

Anna will probably contend that Jason doesn’t have solid proof, but Jason will intend to get some. As for rattled Anna, she’ll hope for proof in the other direction! Anna won’t want to believe Peter’s a guilty man, but she’ll have to face the facts down the road.

In the meantime, Peter will continue his nice guy act and get some gratitude from Elizabeth Baldwin (Rebecca Herbst). She’ll thank Peter for saving Franco Baldwin (Roger Howarth), but she won’t know Peter’s the one who put his life at stake to begin with. Peter will suggest he only did what he had to do, but Liz won’t have a clue about the hit and Peter’s phony story to cover it up.

At home, General Hospital spoilers say Carly Corinthos (Laura Wright) will get an earful from Sonny Corinthos (Maurice Benard). He’ll gripe about Carly and Jax lying to him for weeks, so Carly will have to see how much Sonny’s learned and figure out her next move. Ava will also manage to raise Carly’s suspicions on Friday, so this is sure to be an action-packed episode.

It sounds like some hot drama’s brewing, so don’t miss what’s in store. We’ll give you updates as other GH details and rumors emerge. Stick with the ABC soap and don’t forget to check back often for the latest General Hospital spoilers, updates and news.