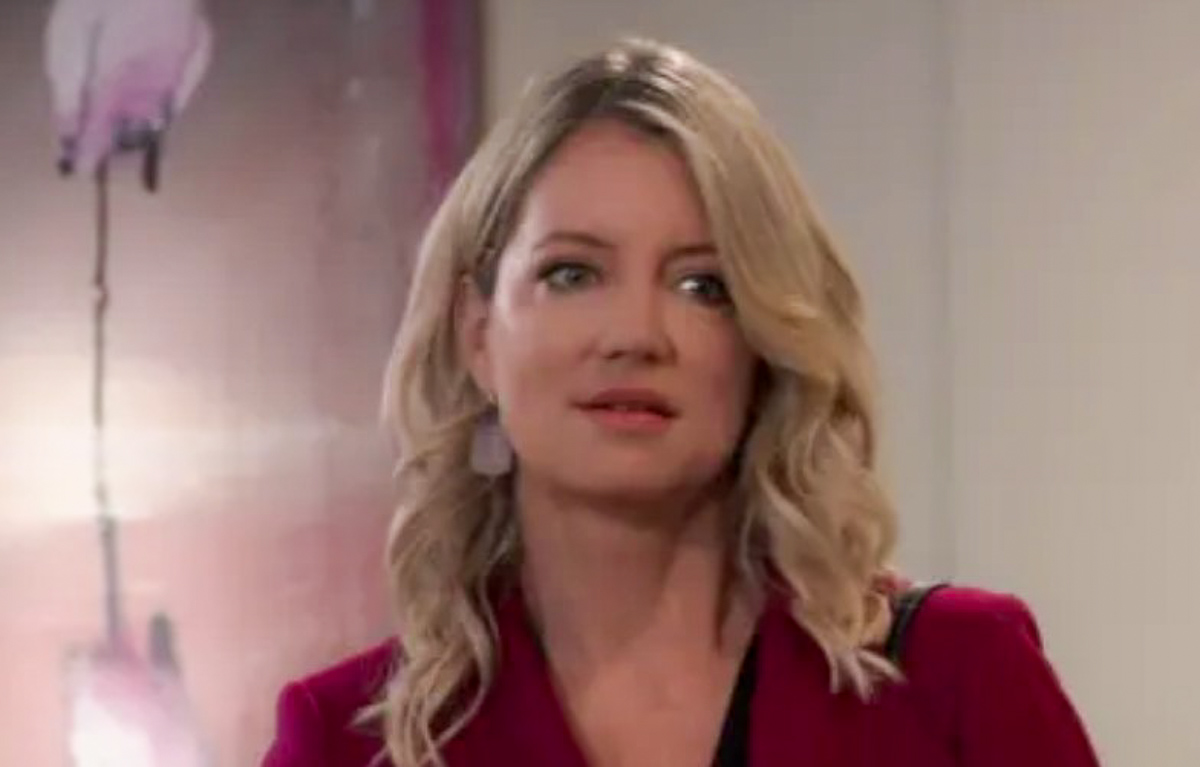 General Hospital Spoilers – Could This Be Related To Nina Reeves And Ava Jerome’s Plans To Take Down Those Lying Cassadine Men?

Could Nina’s cornering Liesl be related to her and Ava Jerome’s (Maura West) plans to take down those lying Cassadine men? Yes, it certainly could! General Hospital viewers will recall that Liesl was heavily involved in covering up and cooperating with Valentin Cassadine’s (James Patrick Stuart) fake long lost daughter scheme.

While Nina chose not to pursue looking for her real long-lost daughter, figuring that her cruel mother, Madeline Reeves (Donna Mills) had lied and there was no baby, in her plans to get revenge on and take down Valentin for his lies, she may find out that her aunt was heavily involved in the fake daughter scheme. Finding this out will be very hurtful to Nina and she will be expecting some answers from her aunt, but the more pressing matter for Nina is Valentin’s search for the codicil, although she may find out this about her aunt as well.

Nina has laid a trap for Valentin, possibly where she thinks he may be looking for a codicil that may have been separated from Helena’s portrait. General Hospital spoilers tease that Valentin was delighted, and it could have been because he found the portrait – but it may be minus the codicil!

Valentin may have talked – or possibly leveraged – Liesl into helping him again, this time by looking for the codicil because he may fear Nikolas Cassadine (Marcus Coloma) may either have removed it or that he may have found the portrait with no codicil in it as well, and thinks Valentin has it and may be surveilling him! Therefore, Valentin sends Liesl to look for it because Nikolas wouldn’t know her – or at least he hopes she wouldn’t. However, she was chasing after Cesar Faison (Anders Hove) for a long time, and he was working with Helena for a long time – possibly back to when Nikolas was a young teenager living on Cassadine Island with his uncle Stefan Cassadine (Stephen Nichols).

However, Liesl does have the same interest and reasons as Valentin when it comes to his not being disinherited. She lives at Wyndemere and although she obviously has some money tucked away, or she would not have been ready to move back to Switzerland when Sasha Gilmore (Sofia Mattsson) was exposed. However she doesn’t want to do that if she doesn’t have to; she wants to stay close to her grandson, James West (Caleb and Kyler Ends).

Wyndemere is a bigger, fancier place and she likes the ambiance! Nina herself has an interest in Valentin not being disinherited for Charlotte Cassadine’s (Scarlett Fernandez) sake, and knows that although Charlotte would then likely be fulltime with her mother, Lulu Spencer (Emme Rylan) then Nina wouldn’t have access to her. When Nina encounters her Aunt Liesl looking for the portrait or the codicil, she will corner her and demand what Valentin is having her do!