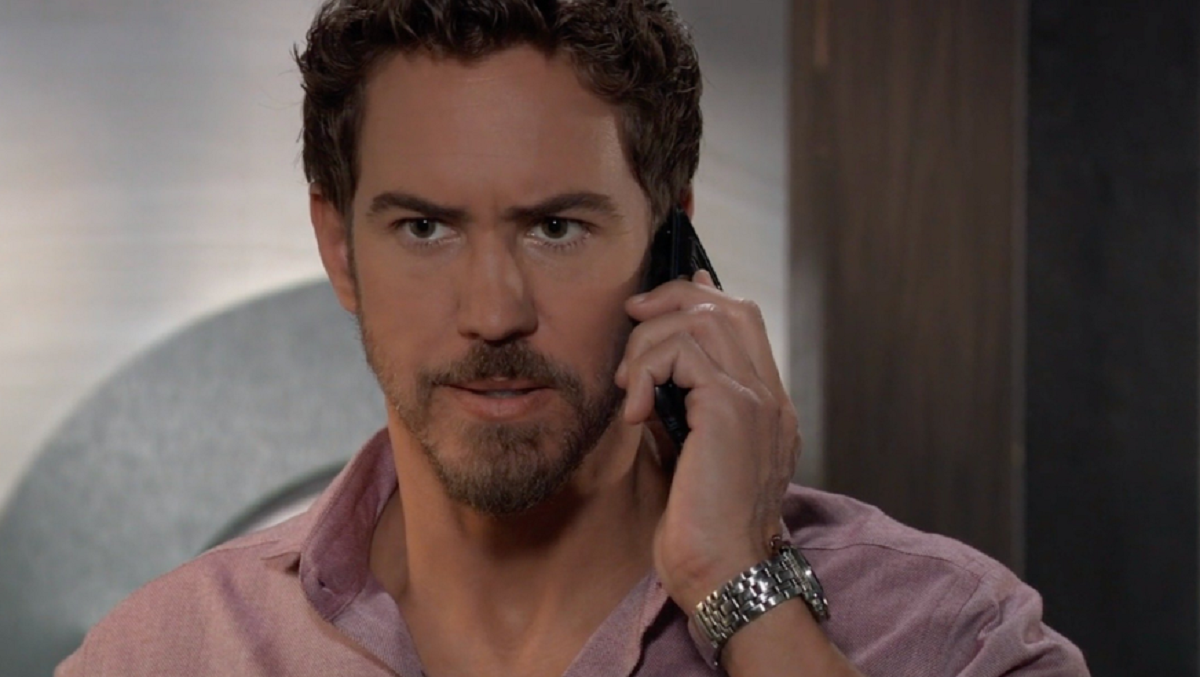 General Hospital spoilers tease that Maxie Jones (Kirsten Storms) will share her joy in an upcoming episode of GH! Maxie and her boyfriend Peter August (Wes Ramsey) have just moved in together, and everything looks like it’s going swimmingly for her, Peter, and her toddler son, James West (Kyler and Caleb Ends).

They have traveled a long road timewise to get to this place in their life together, in spite of some incredible odds with Peter being so inexperienced with women that Maxie has practically had to spoon-feed him lessons in the art of romance!

They were going to get a nice big house where there would be plenty of room for James to play and grow up but Peter’s deal fell through- or so he told Maxie.

In reality, the money he withdrew, which he told Maxie he was using for a large down payment, went to the goon he hired to kill Andre Maddox (Anthony Montgomery), Bryce Henderson (Brian Gross) who failed to kill Andre, only stabbed him, and then on top of it all, he was all ready to rat Peter out, but then was killed in his prison cell with a pen – by his cellmate Ryan Chamberlain (Jon Lindstrom) for gawking at a copy of the cover for the Crimson Magazine cover of “Midnight in the Garden of Good and Ava” and making lustful comments about Ryan’s goddess Ava Jerome (Maura West)!

General Hospital Spoilers– You And Me, And Toddler Makes Three

General Hospital Spoilers: Ava And Nina Team Up Together To Set Up A Trap https://t.co/sZ93unxyMO pic.twitter.com/Tu1BgzXkSu

Peter seems happy but Maxie doesn’t know that Peter has been playing Peter while behaving as Heinrik Faison behind the scenes! All without Maxie’s knowledge, Peter has been desperate to hide his past involvement with kidnapping the presumed late Drew Cain (Billy Miller) out of Afghanistan for Helena Cassadine (Constance Towers) so she could make him into her “toy soldier” while he did save Jason Morgan’s (Steve Burton) life by stashing him in the Boronsky Clinic in Russia, his intent wasn’t actually to save Jason’s life, it was to keep him alive until Jason could kill Peter’s father, Cesar Faison (Anders Hove)!

It was in this attempt to get his father killed that Peter’s half-brother and Maxie’s husband, Detective Nathan West (Ryan Paevey) was killed, and instead of Jason killing Faison, he just shot him to disable him; it was Peter who snuck into his hospital room and literally scared him to death, giving him a heart attack and pulling the plug on his life support!

More recently, he had Drew Cain’s plane sabotaged and now Drew is presumed dead, and he also hired a goon to kill Franco Baldwin (Roger Howarth) and Andre as Andre was attempting to restore Franco’s own memories and remove Drew’s! Maxie’s happy little dreams are bound to be destroyed when the truth comes out, so Maxie should share her joy while she can!

Stay tuned to GH and keep checking General Hospital spoilers frequently for all the latest news, updates, and developments!