The Bold and the Beautiful Spoilers Friday, December 13: Liam Has A Proposition For Steffy – Thomas Wants Shauna To Go After Ridge 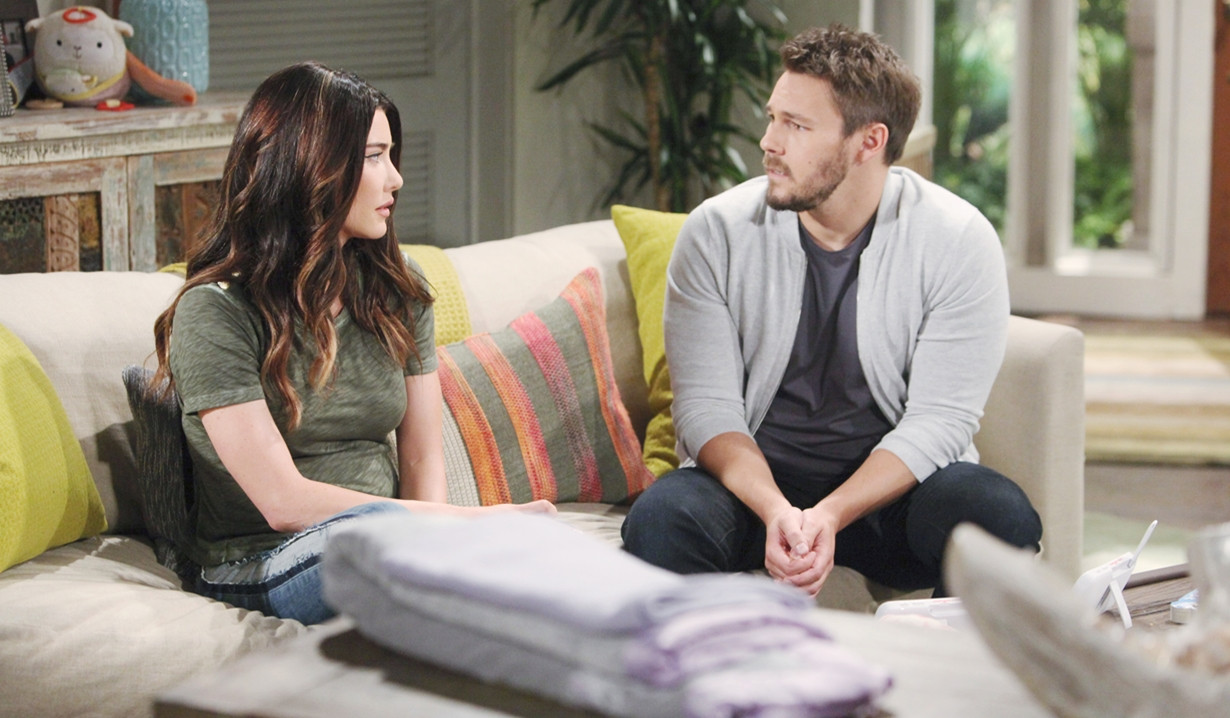 The Bold and the Beautiful spoilers for Friday, December 13, tease that Liam Spencer (Scott Clifton) will have a proposition for Steffy Forrester (Jacqueline MacInnes Wood). As B&B viewers know, Liam just had a confrontation with Thomas Forrester (Matthew Atkinson), during which Thomas insisted that he supports Liam’s relationship with Hope Logan (Annika Noelle) and that he was no longer obsessed with her as he has been in the past.

In addition, Thomas promised that he was finished with all of his schemes and manipulation of Hope. But according to B&B spoilers, Liam won’t be willing to take Thomas’ word for it that he’s changed. As Liam stated at the end of his confrontation with Thomas, he still believes that Thomas is up to something, and he wants to find out what it is. Liam still believes that Hope is vulnerable to Thomas’ manipulation and that she doesn’t see Thomas for who he is.

So, Liam will decide that he needs some assistance in getting to the bottom of what’s going on with Thomas. According to B&B spoilers, Liam will approach Steffy for help. Liam knows that Steffy remains skeptical of her brother and his plans, even though she’s been trying to forgive him for his part in the whole Beth Spencer (River Davidson and Madeline Valdez) saga earlier this year.

Of course, it’s a touchy situation since Steffy is Thomas’ sister, but Liam will really have nowhere else to turn. He’ll want someone to help him find out exactly what Thomas is planning for Hope next, and so he’ll ask for her help in exposing Thomas’ latest scheme.

Meanwhile, on Friday’s new episode of B&B, Thomas will have another scheme in mind, but it actually won’t involve Hope at all. As B&B viewers know, Thomas was recently thrilled to find out that Ridge Forrester (Thorsten Kaye) and Brooke Forrester (Katherine Kelly Lang) were getting a divorce. This is exactly what Thomas has been hoping for, and he’s exuberant about the whole thing.

Of course, Thomas has been angling for a “Bridge” divorce for some time now. B&B viewers will remember that he’s the one who made sure that Brooke found out that Ridge had spent the night with Shauna Fulton (Denise Richards) in the room above Bikini Bar. Thomas even asked Shauna on one occasion to help him break up Brooke and Ridge, but Shauna refused to do so.

Well, on Friday’s episode, it seems that Thomas will want a little insurance to make sure the Brooke and Ridge don’t change their minds about filing the divorce papers. He’ll want to make sure that “Bridge” don’t reunite, so he’ll again seek out Shauna for a chat. He’ll ask her to go after Ridge full force, to make sure that Ridge moves on from Brooke.

The Bold and the Beautiful Spoilers: Zoe Puts Thomas On the Spot – Demands to Know If He Still Wants Hope https://t.co/fuejHfY3LK pic.twitter.com/drEMhWrGiG

It will be interesting to see how Shauna reacts, and whether she’ll be into helping Thomas now. Of course, Shauna still has negative feelings toward Thomas, since he threatened Flo Fulton (Katrina Bowden) back when the Beth baby drama was going on. She probably won’t want to work with him, simply because she couldn’t do that to Ridge.

Of course, Shauna loves Ridge, but she’s never really celebrated the end of his marriage to Brooke. Rather, she’s felt terribly that Ridge is hurting, and she’s tried to be a good friend to him throughout it all. She probably won’t want to jeopardize their relationship by teaming up with Thomas and pressuring Ridge to get close too quickly.