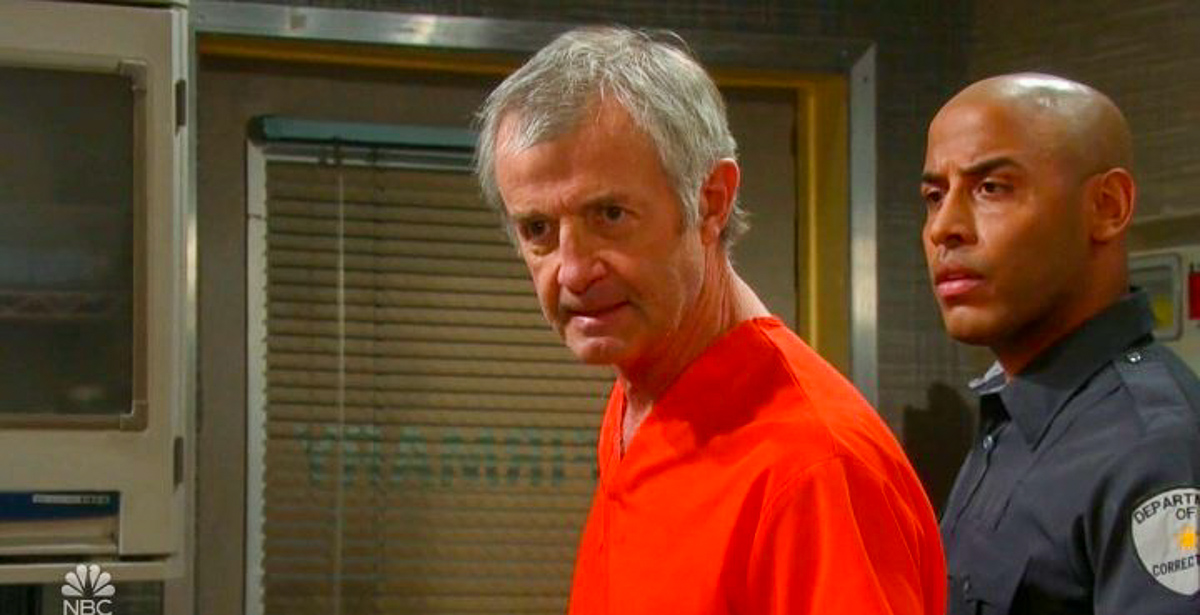 Days of Our Lives spoilers reveal Clyde Weston (James Read) will come back after a short exit. He was sent to solitary confinement after Ben Weston (Robert Scott Wilson) got hurt trying to protect Will Horton (Chandler Massey). Once Clyde gets out and is back in the general population of the prison, he will set his sights on his own son, who betrayed him.

DOOL spoilers confirm that Clyde didn’t get what he wanted. He came up with an outrageous scheme to get himself out of prison earlier by having Mackenzie “Mickey” Horton (the May twins) kidnapped. However, he played it off like the abduction would help clear Ben’s name. As usual, Clyde was only interested in helping himself and had no issues with the safety of an innocent baby.

Angry that his plan failed, Clyde wants someone to blame. At first, he targets Ben, who comes up with an excuse to get the target off his back. However, this ends up giving Clyde time to think and he decides that Will was to blame.

Days of Our Lives Spoilers – Ben Weston Caught in Crossfire

Days of Our Lives spoilers teased that Clyde would attack Will. However, Ben was just finishing up his visit with Ciara Brady (Victoria Konefal) when he came across the tense scene. In an effort to save Will, Ben ended up getting injured and Clyde was sent to solitary confinement.

In the next two weeks, expect Clyde to be released back into the general population. Just like Ben predicted, both he and Will could end up targets of Clyde’s rage. That will happen and it is indicated that Clyde blames his son for everything. Considering how evil, sadistic and powerful Clyde is, even behind bars, will Ben end up in danger? Could he lose his life as a result or can someone step in before it’s too late? Fans will have to keep watching the NBC soap opera to see what happens next.