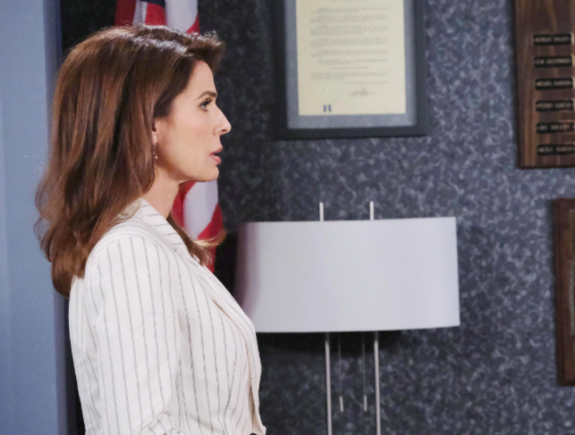 Days of Our Lives (DOOL) spoilers for Monday, December 16, tease that Will Horton (Chandler Massey) will summon Sonny Kiriakis (Freddie Smith) to drop a bomb on him. After bringing up Evan Frears (Brock Kelly) and their recent kiss, Will’s going to ask for a divorce. Sonny will be caught off guard by Will’s decision, but he’ll also appreciate that it’s coming from a sincere desire to see him happy.

DOOL Spoilers: Will Horton Will Summon Kiriakis To Drop A Bomb On Him

While Sonny and Will get some closure, Ciara Brady (Victoria Konefal) will try to wiggle out of the tight spot she’s in. Xander Kiriakis (Paul Telfer) suspects that Ciara was behind the lockbox being traded out, so Ciara will have to think fast. Unfortunately, Xander won’t buy any excuse Ciara comes up with. Now that Ciara’s raised red flags, she’ll just have to accept that Xander’s going to be on high alert.

That could naturally make it more difficult to get Ben Weston (Robert Scott Wilson) off the hook. Of course, Ben’s got other problems at the moment. He just found a dead rat in his bed, which was obviously a little gift from his angry old man. On Monday, Days of Our Lives spoilers say Clyde will blast Ben for his betrayal and perhaps promise that he’ll pay for it sooner or later.

Days Of Our Lives Spoilers: Princess Gina Amberg Will Get A Lucky Break

Whatever the case, Days spoilers say all this will work in Princess Gina’s favor. Unfortunately, Princess Gina will make more trouble for herself when she decides to skip helping Rafe Hernandez (Galen Gering). He’ll think it’s weird when “Hope” has no interest in pursuing the “guilty” man from the footage. “Hope” will tell Rafe to go ahead without her, so he’ll be left to ponder her bizarre behavior.

As for Eve Donovan (Kassie DePaiva), Days of Our Lives spoilers say her name will finally be cleared. Eve should get the good news soon enough, so she’ll have a reason to celebrate this Christmas. We’ll give you updates as other Days details and rumors emerge. Stay tuned to DOOL and don’t forget to check back often for the latest Days of Our Lives spoilers, rumors, updates and news.