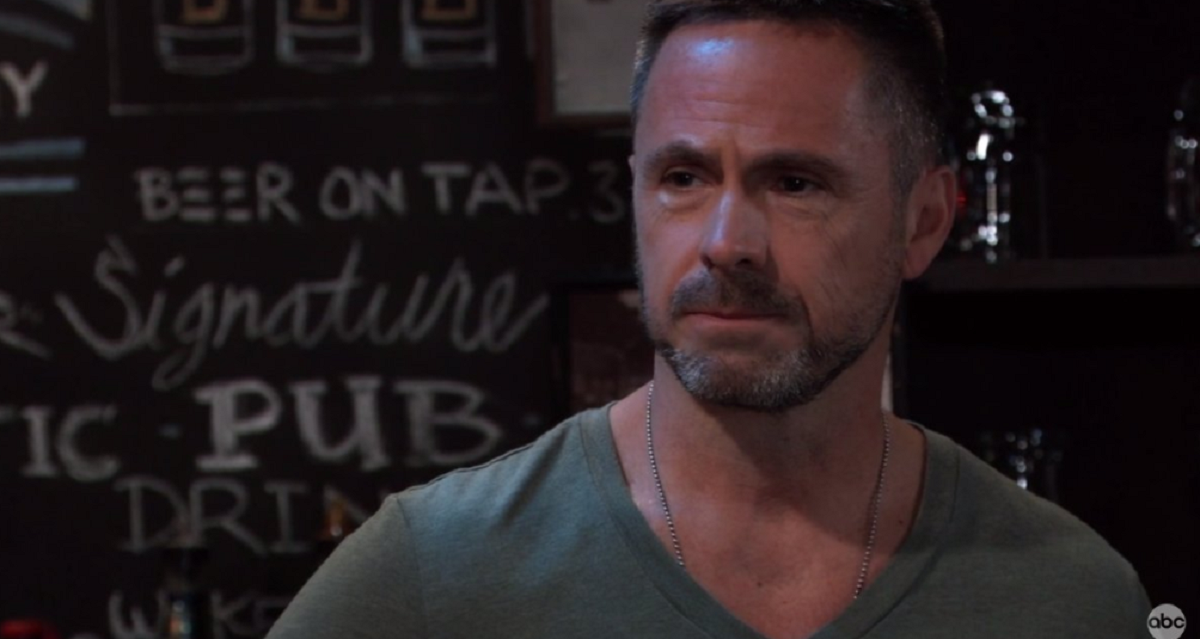 General Hospital spoilers tease that Julian Jerome (William DeVry) will lose his temper in an upcoming episode of General Hospital, and it will probably be at Brad Cooper (Parry Shen)!

As General Hospital viewers will recall, Julian cut a wire in Brad’s car, causing the braking system to fail with the intention of it resulting in Brad being killed.

The only problem was, it majorly backfired; not only was Brad not killed, he wasn’t even seriously injured, but Julian’s son Lucas Jones (Ryan Carnes ) was in the car, and he was very seriously injured and left in a coma! Initial investigations of the accident, which killed Kendra Lennon (Michelle Argyris) but actually spared the life of Alexis Davis (Nancy Lee Grahn), were inconclusive as to what made Brad’s brakes to fail as the undercarriage of the car was too damaged to tell if the brake lines were cut. However, Julian had not cut the brake lines; he had cut a wire under the hood that made the electronic braking system work!

Julian was glad that a happy side effect of the accident spared Alexis’ life, but he was remorseful that Lucas was in the car and was seriously injured. He had a traumatic head injury that put him in a coma, and at first, doctors weren’t even sure that he would ever wake up or be able to breathe on his own while in the coma!

Julian was remorseful that Lucas wound up being in the car, which he had thought he would not be – he even took care to check Lucas and Brad’s schedule at the hospital ahead of time, giving Nurse Elizabeth Baldwin (Rebecca Herbst) a story that he wanted to set up a surprise for them, and watched as Michael Corinthos (Chad Duell) picked up Wiley Cooper-Jones (Erik and Theodore Olson) and took him. However, he didn’t wait to see if Lucas came home or if Brad drove off before cutting the wire!

Other General Hospital spoilers tease that Detective Harrison Chase (Josh Swickard) will make a discovery, and not too long afterward Commissioner Jordan Ashford (Briana Nicole Henry) will show someone no mercy! There is a very strong possibility that the discovery Chase makes is to take the extra steps to check the components of the electronic braking system in Brad’s car before closing out the case as an accident with inconclusive results.

He will discover the wire has been removed from the car and then he will talk to Brad. Brad, of course, wanting to get rid of the threatening influence of Julian, will throw him under the bus and implicate him in trying to kill him, and of course, Brad will be right! If Julian finds himself in police custody he will know it is solly because of Brad, and he will lose his temper!