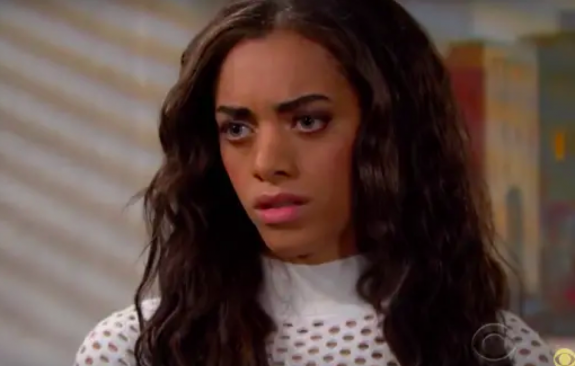 The Bold and the Beautiful spoilers for Monday, December 16, tease that Liam Spencer (Scott Clifton) will be successful in persuading Steffy Forrester (Jacqueline MacInnes Wood) to work with him on uncovering Thomas Forrester’s (Matthew Atkinson) plan. As B&B viewers know, Liam has just asked Steffy to work with him to help find out the truth about Thomas. Liam thinks that Thomas is still chasing after Hope Logan (Annika Noelle) and wants to prove it.

As B&B viewers know, Thomas has been claiming recently that he’s reformed and is no longer obsessed with Hope. But Liam’s not buying Thomas’ reformed persona, and he wants to quietly find out what Thomas is really up to, but he feels that he needs Steffy’s help to do it. According to B&B spoilers, Steffy will tell Liam that she’ll work with him. She won’t be enthused about the prospect of bringing her brother down, but she’ll want to get to the truth, so she’ll be on board.

It appears that the first thing Steffy and Liam will do is to try to track down Thomas’ friend Vinny Walker (Joe LoCicero). As B&B viewers will remember, Vinny knows quite a bit about what Thomas’ big plans were in the past. Vinny is the one who gave Thomas the drugs that he used on Liam, which eventually caused Liam and Steffy to sleep together. Neither Liam nor Steffy know about that, so if Vinny were to spill details about the drugs, they might be able to put two and two together.

In addition, Vinny knows how Thomas feels about Hope, or at least how he felt about her in the past, and about Thomas’ negative feelings for Brooke Forrester (Katherine Kelly Lang). Vinny’s also privy to the way that Thomas has tried to drive a wedge in between Brooke and Ridge Forrester (Thorsten Kaye) in the past. We’ll see if Vinny eventually spills what he knows about Thomas, or if he remains loyal to his friend,

Bold And The Beautiful Spoilers: Zoe Buckingham Spills The Dirt On Thomas Forrester

The Bold and the Beautiful spoilers say that while they are looking for Vinny, Liam and Steffy will come across Zoe Buckingham (Kiara Barnes). It appears that they’ll go to Vinny’s apartment and find Zoe, who will probably be feeing quite frustrated with Thomas. As B&B viewers know, Thomas has made Zoe a lot of promises, including that he’d bring her back to Forrester Creations, but Zoe’s probably getting pretty impatient by this point.

Well, it appears that Zoe will end up spilling all the details about Thomas, including what he’s currently up to regarding Hope. As B&B viewers know, Zoe kissed Thomas recently, but Thomas rejected her advances because he’s still obsessed with Hope. Zoe’s now probably wondering if any of Thomas’ promises hold water, which is probably why she’ll end up singing when Liam and Steffy come calling.

The Bold And The Beautiful Spoilers: Thomas Pressures Shauna To Go After His Father https://t.co/7bHWIPh1mS pic.twitter.com/zPwk8ryRkW

Meanwhile, on Monday’s new episode of B&B, Brooke will be feeling devastated. As B&B viewers know, she was heartbroken and frustrated when Ridge presented her with divorce papers and signed them right before her eyes. On Monday’s episode, she’ll hope that Ridge won’t file the papers and that somehow they’ll be able to work out their differences.

According to B&B spoilers, Brooke will cling to hope that Ridge will finally see that Thomas hasn’t changed, but that seems like a real long shot at this point. Unless Steffy and Liam uncover something that completely shocks Ridge and causes him to turn his back on Thomas, it looks like this divorce will end up happening.