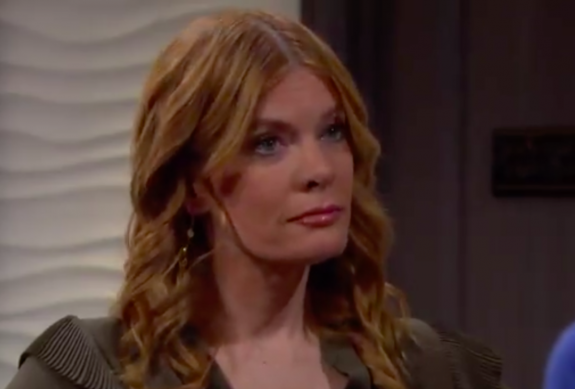 The Young and the Restless spoilers for Tuesday, December 17, tease that Adam Newman (Mark Grossman) will chat with Nikki Newman (Melody Thomas Scott) at the ranch as Connor Newman (Judah Mackey) is at the stables. Nikki will say that Victor Newman (Eric Braeden) isn’t there, and Adam will relay that he just wanted Connor to have some fun.

He’ll also share that Connor’s school requested that Connor not return after the Christmas break. Nikki will be livid, but Adam won’t want them to intervene with the school system. He will say that he and Chelsea have worked hard with Connor, and for the school to do this is difficult for them. Nikki will say that Victor will want to talk with him about the whole thing.

Young And The Restless Spoilers: Chelsea Lawson Gets Legal Advice

Next on Y&R, Chelsea will speak with Sharon Newman (Sharon Case) at Crimson lights about the situation with Connor and school. Sharon will think that the principal wouldn’t make a decision like that lightly, but Connor will feel that the situation isn’t fair and will wonder if they can fight this. Sharon will introduce Chelsea to Amanda Sinclair (Mishael Morgan), and Amanda will listen to the details, then advise moving Connor to another school or homeschooling.

Elsewhere, Sharon will talk with Mariah Copeland (Camryn Grimes) and Rey Rosales (Jordi Vilasuso) about Christmas plans. It will get a little awkward, and both Sharon and Rey will realize that they want to spend Christmas together.

Next on Y&R, Nick Newman (Joshua Morrow) and Phyllis Summers (Michelle Stafford) will chat at Society. They’ll again discuss Phyllis’ firing, and Nick will wonder what Phyllis is doing at Abby Newman’s (Melissa Ordway) restaurant. Nick will end up giving her a pep talk about how she’s able to overcome without resorting to dirty tricks. Adam will then arrive and see the two of them together, then he’ll step outside to text Phyllis to meet at his place. Phyllis will leave.

Abby and Chance Chancellor (Donny Boaz) will then arrive at Society, and Nick will get a call from Nikki asking him to come to the ranch. Abby and Chance will have dinner and discuss Katherine Chancellor (Jeanne Cooper) and what he’s going to do career-wise. He’ll say that he’ll figure it out. They’ll decide to go elsewhere for dessert and drinks, and they’ll share a kiss.

Young And The Restless Spoilers: Phyllis Summers Turns Down A Proposition

Next on Y&R, Adam and Phyllis will talk at Adam’s penthouse. Adam will say he has a proposition for Phyllis – he’ll want Phyllis to go after and seduce Nick. Adam will say that it’s her chance to make things right, but Phyllis will explode and yell at him for treating her like one of his minions. Adam will press on and wonder if she’s afraid of being turned down. Phyllis will say that he doesn’t respect her and that he just made a mistake that he’ll regret.

Meanwhile, at the ranch, Nikki will bring Nick up to speed on the situation with Connor. Nikki will warn Nick about how Adam was referring to himself, Chelsea, and Connor as a family. Nick will say that he has told Chelsea that he doesn’t know how much longer he can do this. Nikki will tell him to do something soon. Chelsea will then arrive, refusing to spend time together with Nick, although she’ll let him see Connor.

Y&R Spoilers: Chelsea Newman And Connor Newman Will Arrive Home To The Penthouse

Later, Chelsea and Connor will arrive home to the penthouse, and Chelsea will tell Adam about her conversations with Sharon and Amanda. She’ll think that taking Connor out of the school might not be the worst idea. Together, she and Adam will agree to figure out what’s best for Connor.

Finally, on Tuesday’s new episode of Y&R, Phyllis will arrive at Society. She’ll tell the hostess that she came to tell Nick about his brother, and that she could blow things up but that she’ll take the high road for now. Nick will then notice her walking away.