Bold and the Beautiful Spoilers: Liam Approves Thomas as Hope’s Designer – But There is a Catch 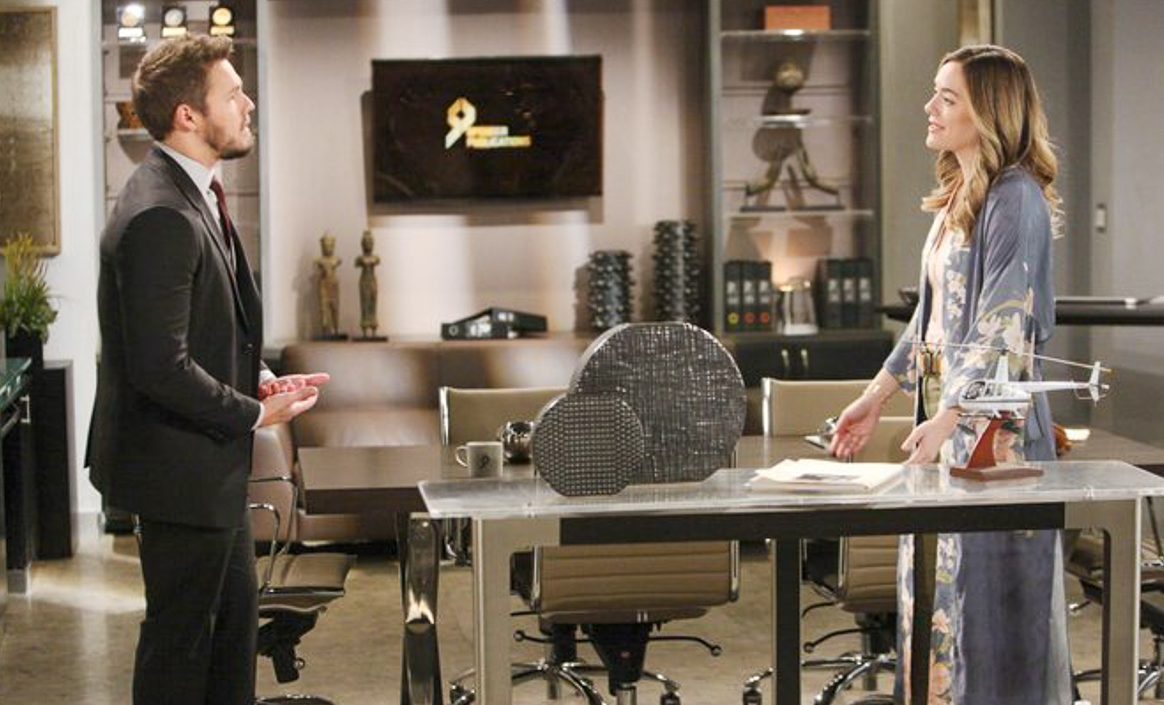 The Bold and the Beautiful spoilers reveal Liam Spencer (Scott Clifton) makes a surprising decision. He approves Thomas Forrester (Matthew Atkinson) as Hope Logan’s (Annika Noelle) designer. However, there is a catch to him “allowing” Thomas and Hope to work as a team.

B&B spoilers indicate that Hope hasn’t outright rejected Thomas’ idea of the two working together. However, she hasn’t said yes to it either. She is thinking about things and with each moment of hesitation, he says something to sweeten the deal. This includes putting a nursery on the same floor at Forrester Creations so Hope doesn’t have to leave Beth Spencer (River Davidson and Madeline Valdez).

B&B Spoilers: Hope for the Future

Thomas had his father, Ridge Forrester (Thorsten Kaye) resurrect the dead fashion line. Ridge doesn’t realize that Thomas requested it due to ulterior motives, though. Once Ridge gave the approval, Thomas was so sure that he could convince Hope to agree, he had models come in with Thomas’ designs. Then, he had Douglas Forrester (Henry Joseph Samiri) beg Hope to work with his father. Douglas is Hope’s weakness and the villain knows that.

The Bold and the Beautiful spoilers reveal that Hope is excited about the idea of working on the fashion line again. At the same time, she doesn’t want to leave Beth. Plus, there is the additional complication of convincing Liam. Will Hope really be able to get his approval, especially with Liam fearing that Thomas is up to his old tricks again?

The Bold and the Beautiful Spoilers: Liam Spencer’s Action Plan

It is suggested that Liam goes ahead and says that Hope can work with Thomas. However, there is a catch. What that is has not been revealed yet, but we do know that it is some sort of safety plan. Does this have to do with Zoe Buckingham (Kiara Barnes) playing on both teams? Fans will have to keep watching the CBS soap opera to see how this story develops over the next few weeks.