Days of Our Lives: Kristen Finally Gets Her Lifelong Wish Of Being A Mother 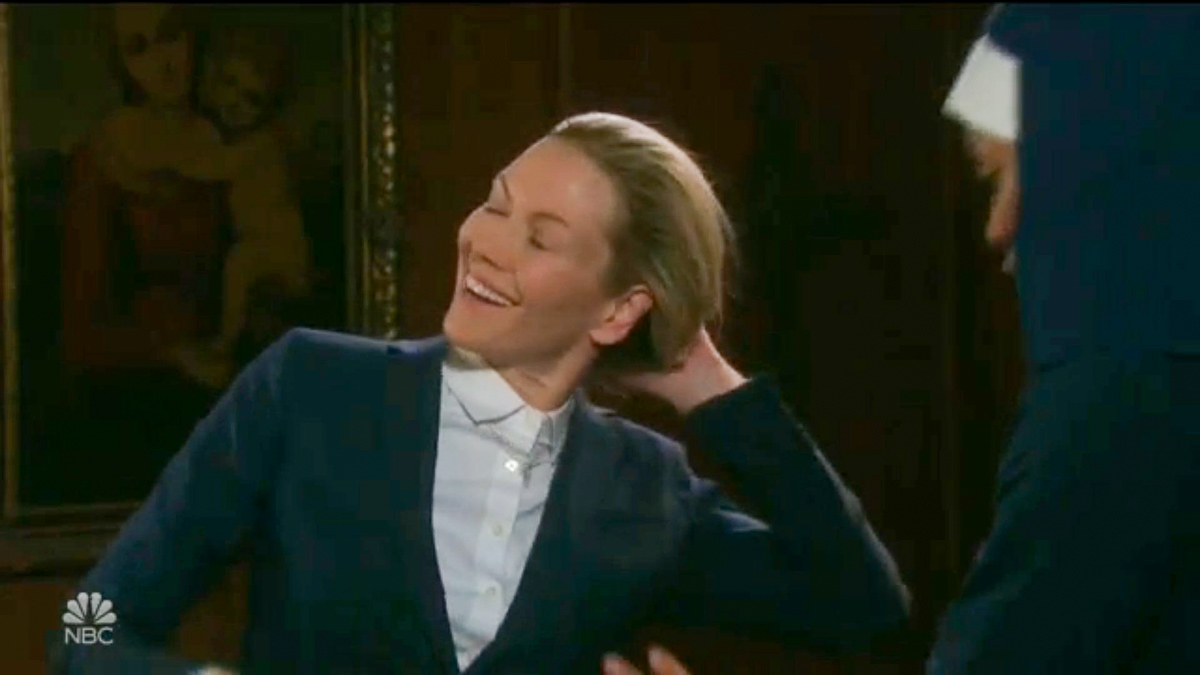 Days of Our Lives (DOOL) spoilers tease that Kristen DiMera (Stacey Haiduk) survived after being help at gunpoint by JJ Devereaux (Casey Moss). JJ stowed away on the DiMera jet that on a course to Rome so that Eli Grant (Lamon Archey) could convince Kristen to sell her DiMera stock to Gabi Hernandez (Camilla Banus) before Chad DiMera (Billy Flynn) can get his hands on it.

Although the details haven’t been revealed yet, Haley Chen’s (Thia Megia) was accidentally caused by Kristen after Kristen’s baby with Brady Black (Eric Martsolf) passed away. This left Haley’s boyfriend JJ devastated and he turned back to drugs with only one goal, to get revenge on Kristen for Haley’s death. Kristen for her part, seems to have been changed by her child’s death. She ended up in Rome where she planned to become a nun, but JJ and Eli’s arrival in Rome changed her mind before she could take her final vows.

DOOL Spoilers – Kristen DiMera Is Going Back To Salem

Kristen has decided to return to Salem. She plans to reclaim her place in the DiMera family and win back Brady, But spoilers tease that Kristen may eventually be in for the biggest shock of her live and give her the one thing she has always wanted more than anything else. Kristen wants to be a mother. And if the spoilers are correct, her baby may just be out there and closer than she thinks.

Days of Our Lives Spoilers – Was There A Baby switch?

While there are still many mysteries about the year that viewers missed, one rumor states that Sarah Horton (Linsey Godfrey) and Eric Brady’s (Greg Vaughn) baby is actually Kristen and Brady’s baby and somehow the babies were switched. If this is true then eventually Kristen may finally have her greatest wish. But will she continue on her path to redemption and how will that impact her going forward. Will she revert to her evil ways or will she be better in order to be the best mother she can be?

Will Kristen eventually be reunited with the child she thought dead? And how will that impact her relationship with Brady going forward? Some emotion scenes are coming up so stay tuned to Days of Our Lives airing weekdays on NBC. And don’t forget to check back here regularly for all your Days of Our Lives news, information and spoilers!