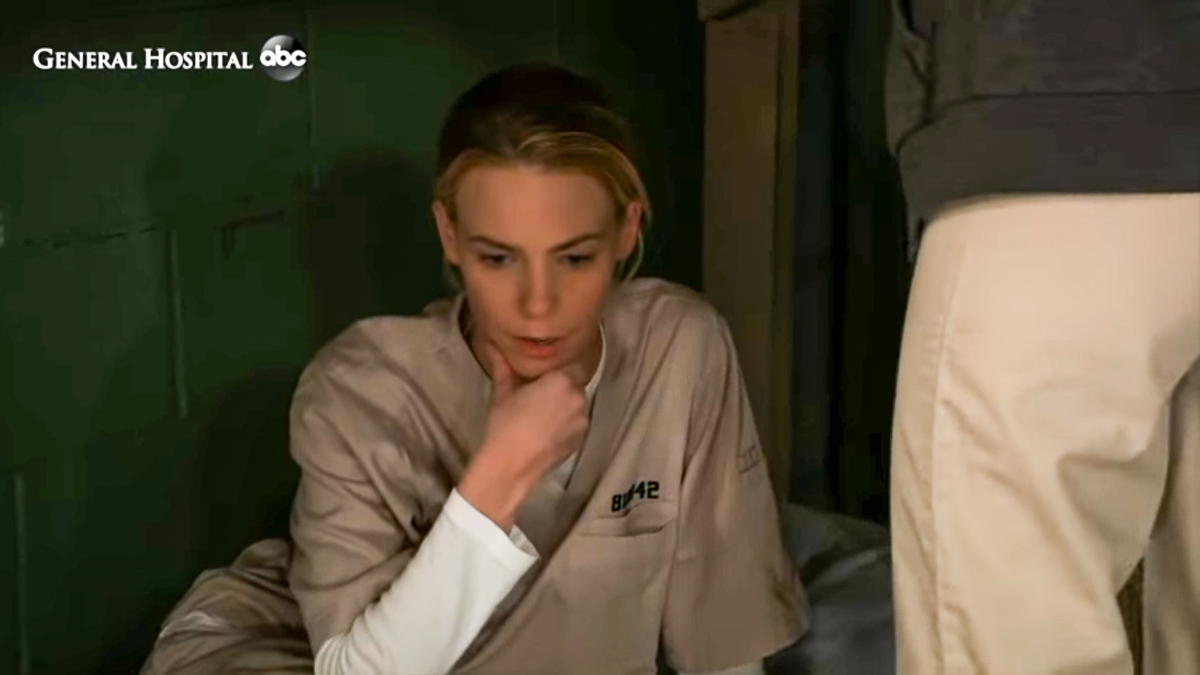 General Hospital (GH) spoilers tease that Port Charles Mayor Laura Collins (Genie Francis) is facing a problem that may lead to potentially dangerous criminals beings released early. Prison overcrowding is a real problem for many cities in the United States and Port Charles is now facing the same issue. But will this lead to Sam McCall (Kelly Monaco) or Nelle Benson (Chloe Lanier) being released early?

As viewers know, Nelle recently took matters into her own hands. After finding out from Martin Grey (Michael E Knight) that if her life was in danger inside the prison, she could possibly get released, she enlisted Ryan Chamberlain (Jon Lindstrom) to attack her in the prison infirmary. This could be dangerous for Nelle, because Ryan is a wild card at best. It remains to be seen whether Nelle has any success with this dangerous plot.

It seems as though Sam may have a better chance of being free due to the overcrowding issue. Sam recently had a parole hearing and since the parole board may not think Sam is a threat to anyone since Shiloh Archer (Coby Ryan McLaughlin) is dead. The parole board may choose to let go Sam go free so Pentonville can focus on more dangerous criminals like Ryan.

With the overcrowding issue looming over Port Charles, it’s possible either Sam or Nelle could soon find themselves free. While Sam is likely to remain a model citizen, Nelle is looking to create more havoc once she is out of prison. She wants her son back, and it may be time for her to reveal that the child Brad Cooper (Perry Shen) and Lucas Jones (Ryan Carnes) are raising is actually her child with Michael Corinthos (Chad Duell).

Will Nelle’s crazy plan work? Or will she or Sam be released anyway due to the overcrowding issue? Will Nelle’s freedom mean the truth about the baby swap will finally come out? Anything can happen in Port Charles, so stay tuned to General Hospital airing weekdays on ABC. And don’t forget to check back here regularly for all your General Hospital news, information and spoilers!