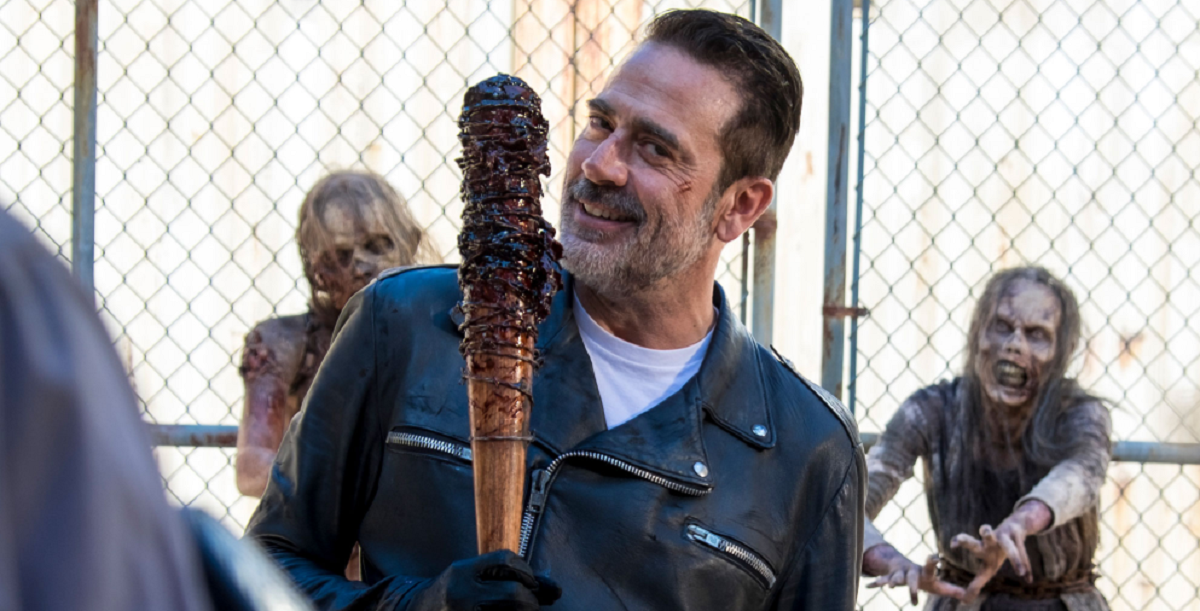 Even Jeffrey Dean Morgan of The Walking Dead admits that things sometimes get a little too extreme on the series. The star revealed a time when he took things “a little too far” while filming one of the biggest moments of the season. Although Jeffrey has had a respectable Hollywood career, he’s best known for his role of the villainous Negan. The Walking Dead just aired its mid-season finale two weeks ago, which means that a few characters are in jeopardy.

Everyone who watches The Walking Dead is aware that these characters aren’t going to be around forever. However, the show has been shaking things up lately. While there’s a lot going on in The Walking Dead, one of the most notable moments is when Negan met with Beta. It’s being known as one of the most highly anticipated events of the season. However, back in Season 10, Negan got sent to jail when he accidentally killed an Alexandrian while saving Lydia. Since he’s been freed, he’s now hanging out with Alpha’s band of Whisperers.

One of the biggest moments of the season is Negan’s meeting with Beta. In a revealing new interview, Jeffrey Dean Morgan revealed he took things a “little too far” while filming. It sounds like he got wrapped up in his character. During a recent episode of Talking Dead, Morgan talked about Negan’s meeting with Ryan Hurst’s Beta. Morgan has known the actor for a very long time, so he was looking forward to filming with him. Morgan promised that he was going to “turn it up to a hundred” for their first meeting on the series.

Some would say that Morgan took his method acting “a little too far.” Even Morgan knew that the original scene would end up on the cutting room floor.

“I know that I took it a little too far a few times and they’ll never be able to use that footage,” Morgan admitted. “But I would just try to make him lose his mind.”

What’s Ahead On The Walking Dead?

Negan’s first meeting with Beta is featured in the episode titled “What It Always Is,” whether the villain attracts the Whisperers’ attention. In the next episode, Beta isn’t too happy to learn that Negan has been accepted by the Whisperers.

The Walking Dead fans lost their minds when they watched Negan’s encounter with Beta. They are looking forward to more when the season makes its return within two months. If the show follows the comic book storyline, then Negan’s character could make another surprising twist, according to ScreenRant.

Negan has previously expressed his interest in diving deep into his character’s past. In addition, a Negan movie could be in the works. For now, fans can enjoy Jeffrey Dean Morgan’s character when The Walking Dead returns on Feb. 23, 2020.