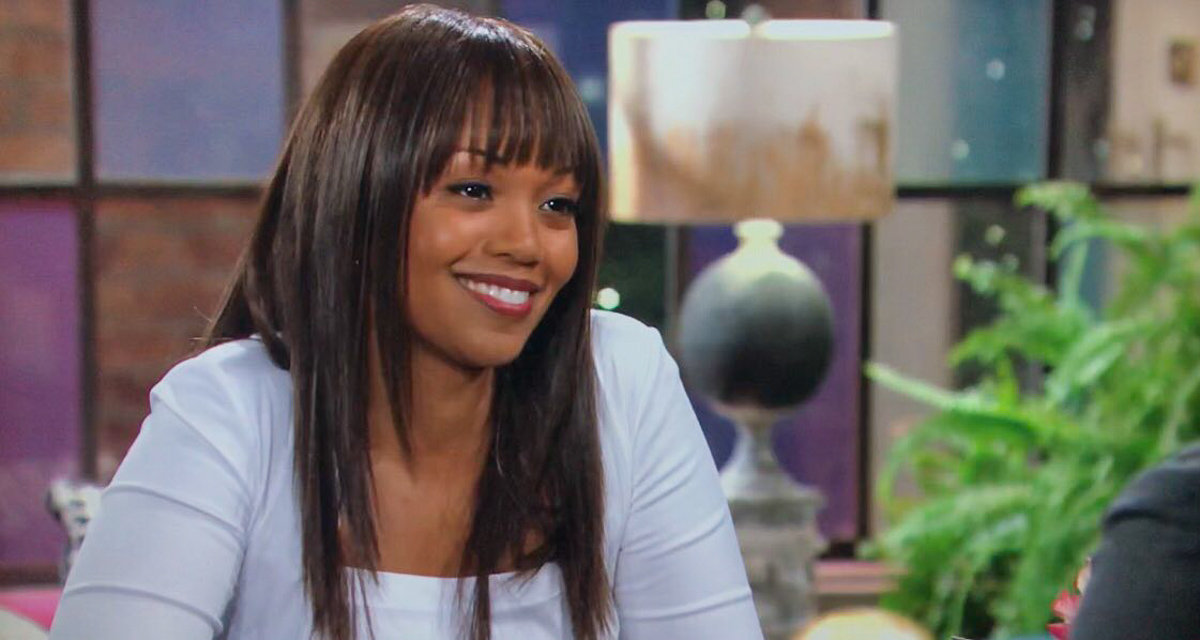 The Young and the Restless spoilers indicate that Amanda Sinclair (Mishel Morgan) may be hiding from an abusive ex.

Amanda has been tracking a man and has been in contact with a mystery caller about the man’s whereabouts. This sparked curiosity about Amanda’s past, which viewers are now learning more of.

With the help of Victor Newman (Eric Braeden), Devon Hamilton (Bryton James) is digging into Amanda’s past. He knows that no information about Amanda was available online because she had that wiped clean. But Devon did some digging and learned Amanda has an ex-fiancée named Ripley Turner. He also discovered that Amanda and Ripley have restraining orders against each other.

The Young and the Restless Spoilers: Monday, December 16 – Amanda’s An Orphan – Kyle Stews About Theo & Lola – Billy’s Unsettled About His Life

Devon is contemplating searching for Ripley Turner, which will cause trouble for Amanda. She already seems on edge and prefers to stay out of the public eye. Also, when she received a call with no one on the other end, she seemed nervous.

Amanda’s behavior has lead some viewers to believe that Amanda is hiding from an abusive ex.

Amanda has stated she has trouble trusting people and doesn’t let people get close to her. Odds are in her previous relationship, she thought Ripley was a gentleman, but behind closed doors she saw his dark side.

Even though Amanda is trying to move on and start a new life in Genoa City, she can’t escape her past.

Eventually Ripley is going to show up in Genoa City. Whether Devon has anything to do with his arrival remains to be seen, but Ripley’s appearance will unravel more of Amanda’s past.

Nate Hastings (Sean Dominic) and Elena Dawson (Brytni Sarpy) have made peace with Amanda following the situation with Devon losing his inheritance. However, Devon still feels resentment towards Amanda. He also can’t let go of her resemblance to his late wife Hilary.

Yet, upon discovering what Amanda went through with Ripley, Devon may be more sympathetic towards Amanda. He’ll even try to protect her from Ripley, which could alter their relationship in more ways than he imagined.

What do you think happened between Amanda and Ripley? Do you think he’ll show up to cause trouble for Amanda?