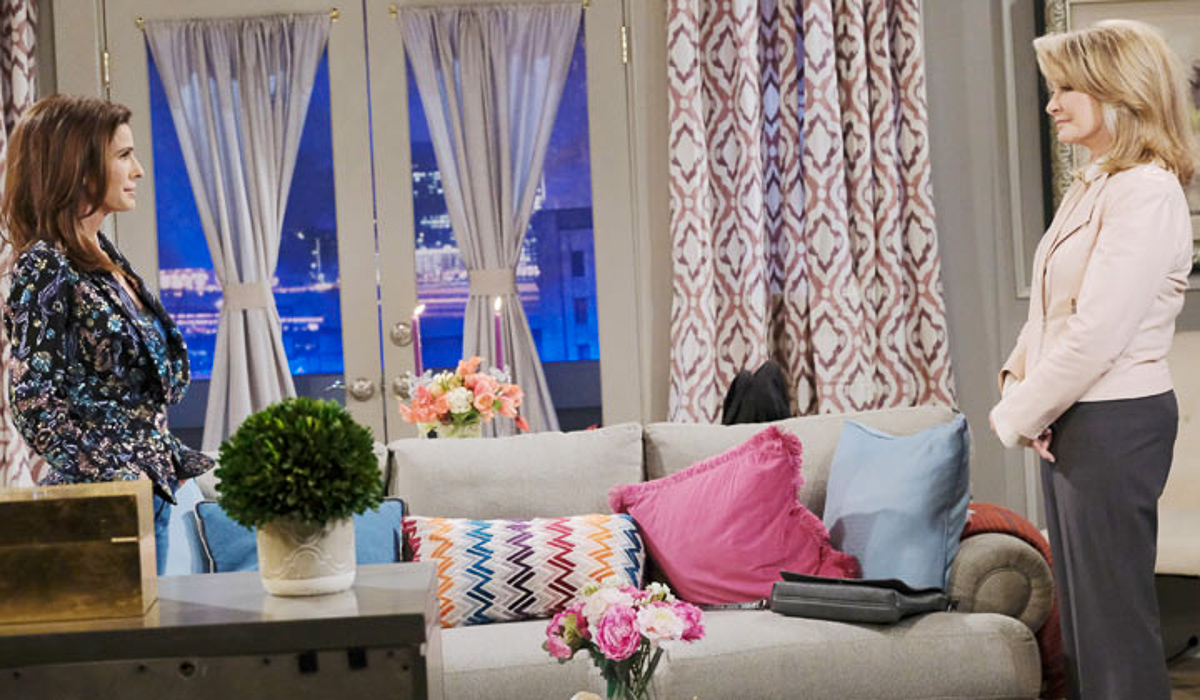 Days of Our Lives spoilers reveal that Dr. Marlena Evans (Deidre Hall) gives John Black (Drake Hogestyn) an ultimatum. He is forced to kick out Hope Brady (Kristian Alfonso), who is really Princess Gina. Before she gets evicted, Gina professes her undying love to John, but is stunned when he rejects her. Humiliated and devastated, she turns to Stefano DiMera (Stephen Nichols).

DOOL spoilers confirm that Marlena is sick and tired of Hope always being around. The two used to get along, at least before Dr. Rolf (William Utay) secretly transformed the woman into Princess Gina. Ever since her “rebirth,” Gina has been determined to reclaim her one true love. However, he is with Marlena and has no plans to leave her.

Marlena sees what Gina is doing, even if John doesn’t recognize it as flirting. She has had enough and gives John an ultimatum.

Expect John to tell “Hope” that her time at the “Jarlena” penthouse is over. She must pack her bags, return the key and leave. Gina won’t take this very well as it was her opportunity to get closer to him. However, “Doc” keeps getting in the way.

Days of Our Lives Spoilers – Princess Gina Professes Her Love

Days of Our Lives spoilers indicate that in Gina’s mind, it’s now or never. She makes a bold move and professes her undying love to John. Then, she tells him that he must feel the same way. However, she is struck down when John rejects her.

DOOL Spoilers: The Price of Rejection

After being humiliated and devastated, Gina turns to the only person who can help her now. That individual is Stefano DiMera. She doesn’t want a hug or assurances that John could change his mind. Stefano wants the other half of “Jarlena,” meaning Dr. Marlena Evans. Working together, Stefano and Gina will come up with a plan to tear the couple apart so Gina can be with John and Stefano can get his paws on Marlena. However, will there be dire consequences if things don’t go their way?