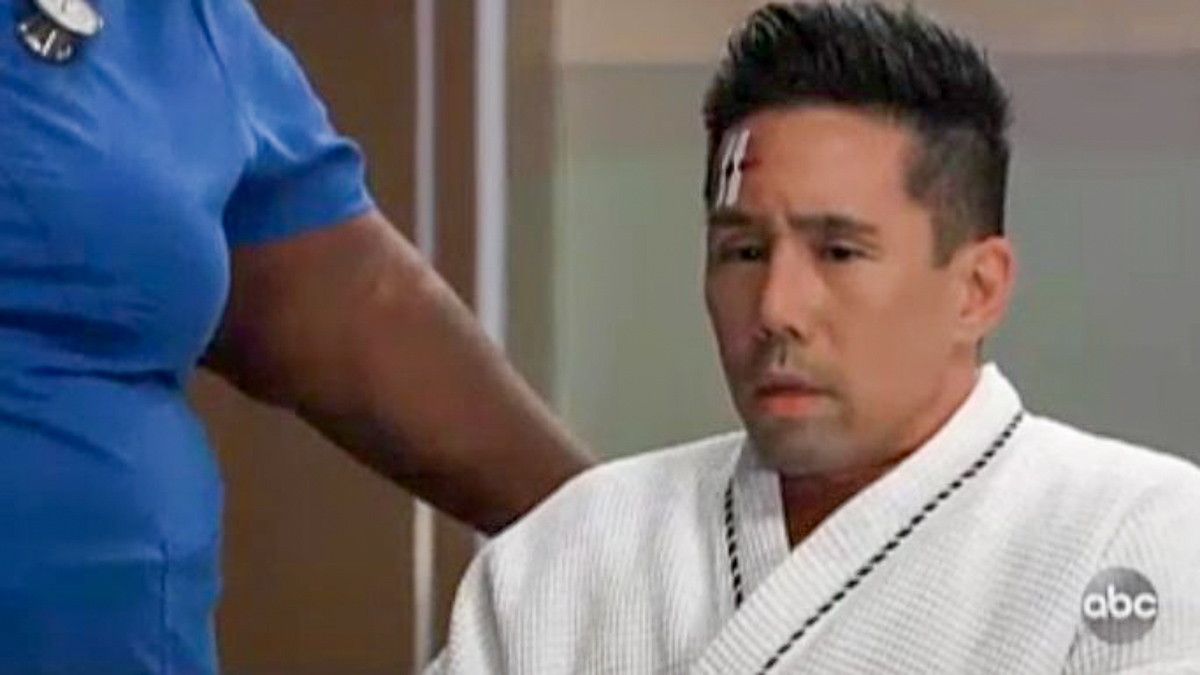 General Hospital (GH) spoilers tease that the repercussions from last week’s horrific car crash are still unfolding. Brad Cooper (Perry Shen) is lucky to be alive. His father-in-law, Julian Jerome (William DeVry) felt like he had no choice but to take Brad out of the equation before he inadvertently revealed the truth about the baby swap orchestrated by Brad and Nelle Benson (Chloe Lanier).

Brad had been acting erratically for months. And Julian knew it was only a matter of time before Brad slipped and revealed the secret. So Julian found out that his son, Lucas Jones (Ryan Carnes) was planning to work on Thanksgiving. He cut the brake lines of Brad’s car and that would have been the end of Brad, had Lucas not decided to come home and spend the holiday with his family. Lucas ended up driving the car on that fateful night.

Jordan Ashford (Brianna Nicole Henry) and Hamilton Chase (Josh Swickard) have launched an investigation into the accident. The undercarriage of Brad’s car was completely destroyed so forensics will take longer to reveal that the brakes were tampered with. But once that happens, it won’t be long before the cops realize that the intended target was Brad, and Brad alone.

The police will probably first zoom in on Leisl O’Brecht (Kathleen Gati). Leisl and Brad have a long history of animosity and she had recently been blackmailing Brad, because she also knows the truth about the baby swap and threatened to reveal all if Brad didn’t change the DNA test results to show that Sasha Gilmore (Sofia Mattsson) was the daughter of Nina Reeves (Cynthia Watros), But Leisl is innocent here and once she is cleared, the police will have to look for another suspect.

Brad will most likely immediately suspect Julian. Julian has threated Brad multiple time in the last few weeks. But if Brad rats out Julian, he would eventually have to answer the question of why Julian wants him gone. If he isn’t careful, the truth about the baby swap could come out during Jordan and Chase’s investigation so Brad will have to be very careful about what he says next.

Will Brad rat out Julian? Will this be how the whole baby swap mess comes out finally? Only time will tell, so stay tuned to General Hospital airing weekdays on ABC. And don’t forget to check back here regularly for all your General Hospital news, information and spoilers!