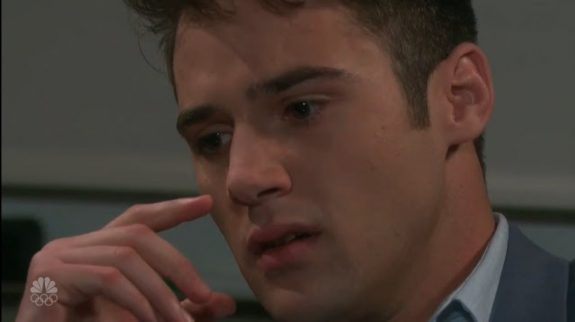 Days of Our Lives (DOOL) spoilers for Tuesday, December 17, tease that Kristen DiMera (Stacy Haiduk) and Lani Price (Sal Stowers) will focus on what’s next. They recently decided to skip their final vows and leave the convent, but now the real work begins. Lani and Kristen need a plan if they’re going to take back everything they want!

DOOL Spoilers: Kristen Dimera And Lani Price Will Focus On What Is Next

Of course, this whole plot hinges on Gabi DiMera’s (Camila Banus) destruction. Days of Our Lives spoilers say Kristen and Lani will relax with a spa day, but then it’ll be time to get down to business. They’ll figure out what the next step is and hope they can turn the tables on ruthless Gabi.

Back in Salem, JJ Deveraux (Casey Moss) will get some help from Julie Williams (Susan Seaforth Hayes). Julie will be right by JJ’s side as he fights to get sober. The struggle will be a difficult one, but Julie will make sure JJ’s got plenty of support. She’ll assure JJ he’s not alone in this and will likely urge him to reach out to his parents as well.

JJ won’t let Jack Deveraux (Matthew Ashford) and Jennifer Deveraux (Melissa Reeves) know about his pill addiction just yet, but that moment will come eventually. In the meantime, DOOL fans can watch Chad DiMera (Billy Flynn) back Kate Roberts (Lauren Koslow) into a corner. It seems Chad will deliver some startling accusations about Kate her recent contact with Stefano DiMera aka Steve Johnson (Stephen Nichols).

As Kate tackles this Chad crisis, Marlena Evans (Deidre Hall) will tackle a crisis of her own. Days of Our Lives spoilers say Marlena will have a stern ultimatum for John Black (Drake Hogestyn). She’ll want John to get rid of their roommate or else there’s going to be some trouble. Marlena will be fed up with “Hope Brady” aka Princess Gina Von Amberg, so John will realize he’d better act fast.

Naturally, Days spoilers say Princess Gina isn’t going to like John’s decision. He’ll admit Marlena thinks “Hope” has feelings for him, which is a big part of why “Hope’s” gotta go! However, “Hope” will think John has feelings for her, too. She’ll be crushed and furious when John insists his heart belongs to Marlena alone.

It looks like another exciting episode’s on the way. We’ll give you updates as other Days news and rumors emerge. Stick with DOOL and don’t forget to check back often for the latest Days of Our Lives spoilers, rumors, updates and news.