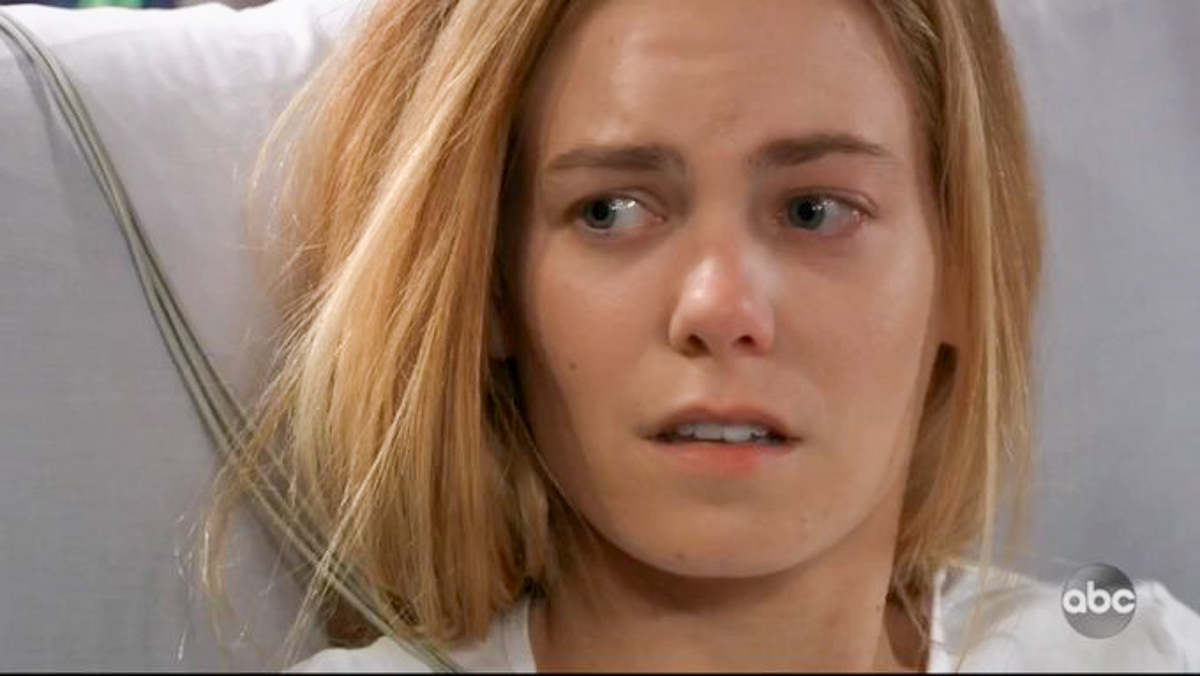 General Hospital (GH) spoilers tease that Oscar Nero Quartermaine’s (Garret Stitt) ELQ shares are still in probate. At one point, it seems that Oscar bequeathed his shares to Shiloh Archer (Coby Ryan McLaughlin), Viewers will remember Shiloh showing up at Oscar’s will reading to claim the stock. At some later point, he changed his mind and bequeathed the shares to the Kilamanjaro Foundation, which would provide funding for children to climb to mountain. Since those are being contested, it’s been unclear would they shares would actually go to, especially now that Shiloh is dead,

Recently, Nelle Benson (Chloe Lanier) alluded to the fact that she had recently gotten married, but that the husband was no longer in the picture. Although she didn’t come out and say it, it’s assumed that while they were both in prison, that Shiloh married Nelle. If that’s the case, then if the probate court decides that Shiloh had a valid claim to the shares, they now belong to Nelle.

Nelle told Martin Grey (Michael E Knight) that if he could get her out of prison, there would a huge payout for her and she would be able to pay him handsomely for his troubles. She is likely referring to the ELQ stock. There is no way the Quartermaine’s will want Nelle to have the shares, so they would likely offer her top price just to get rid of her.

Would Nelle start a bidding war among the Quartermaine’s? Ned Ashton (Wally Kurth) has already told Michael Corinthos (Chad Duell) that he would like to acquire the shares himself for Olivia Ashton (Lisa LoCicero). Could this be what brings Tracy Quartermaine (Jane Elliot) home as well? With her manipulative nature, Nelle could easily pit the Quartermaine’s against each other while trying to get the highest payout.

Will Nelle become the owner of Oscar’s stock through a marriage to Shiloh? Will she pit the Quartermaines against each other? Only time will tell, so stay tuned to General Hospital airing weekdays on ABC. And don’t forget to check back here regularly for all your General Hospital news, information and spoilers!