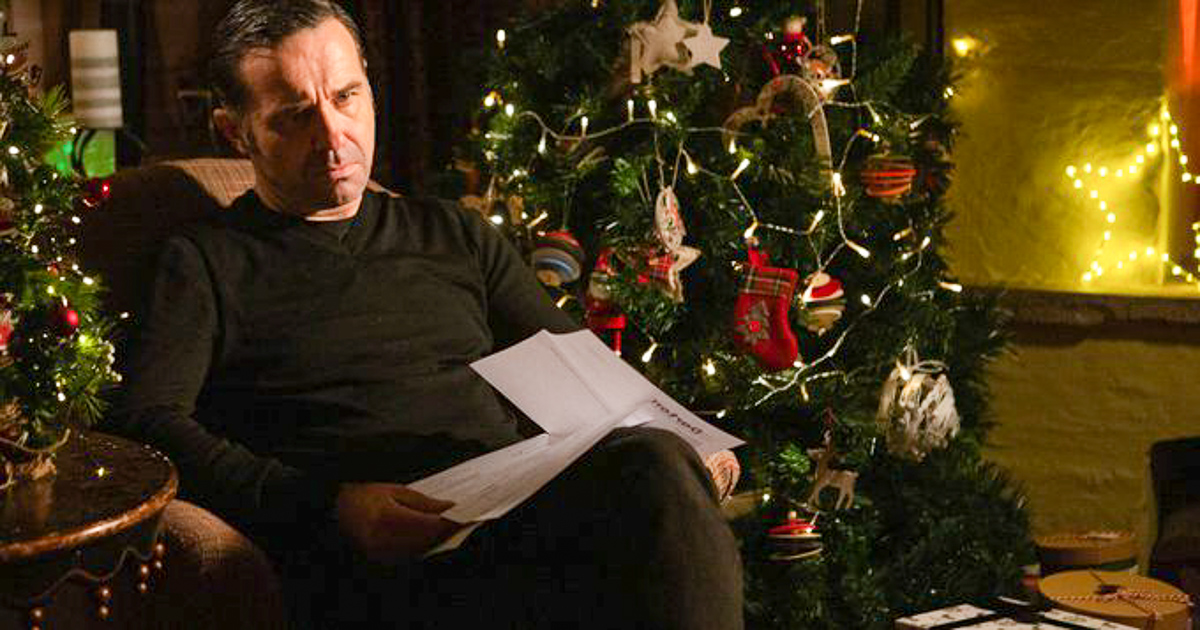 On Monday’s episode, expect two characters to make a big decision. Of course, we are talking about Graham Foster (Andrew Scarborough) and Rhona Goskirk (Zoe Henry). After she is touched by Graham’s gesture, they profess their love for one another. Then, they decide to leave town.

What they don’t realize is that the job offer is part of Kim Tate’s (Claire King) scheme and she is lurking behind the shadows watching them.

Emmerdale spoilers for Tuesday tease Cain Dingle (Jeff Hordley) is in for a shock. He shows up for a Dingle holiday get-together only to find Nate Robinson (Jurell Carter) is there. Not only that, but Cain is furious that everyone seems to be welcoming Nate. Family or not, Cain is determined to get rid of Nate. He also can’t believe his own family betrayed him.

If Cain wasn’t upset enough, he is going to get another upsetting bombshell. Charity Dingle (Emma Atkins) gets underneath Cain’s skin by inviting Nate to dinner. This definitely isn’t going to sit well with Cain and fans are speculating on how he will deal with the situation.

Aaron Dingle (Danny Miller) has an emotional breakdown after learning Robert Sugden (Ryan Hawley) wrote a letter to Victoria Barton (Isabel Hodgins), but hasn’t been in contact with him. This leads to Liv Flaherty (Isobel Steele) to search for Aaron when he goes missing. However, Liv will be the one that needs finding when she has a seizure and collapses.

Belle Dingle (Eden Taylor-Draper) isn’t pleased that Ellis Grant (Asan N’Jie) didn’t tell her about his return. As for Rhona, she will be shaken by Graham’s actions. Fans can also expect to see Laurel Thomas (Charlotte Bellamy) stuck in the middle.

Also, Kim embraces her dark side by taking on the role of the villain in the village panto. You know what they say, only play what you know!