General Hospital Rumor: Could Claudette Be On Her Way Back; And Could She Also Be A Cassadine And Band With Nina And Ava? 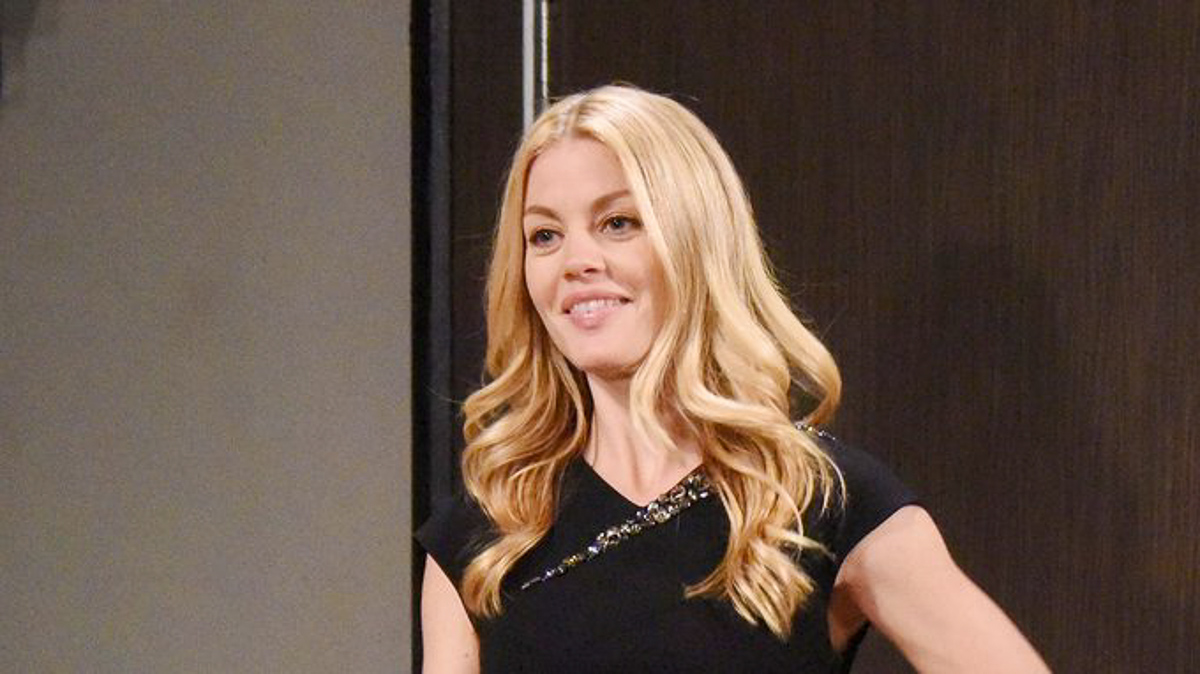 General Hospital spoilers tease that Claudette Beaulieu (Bree Williamson) could be on her way back to Port Charles; but more importantly, there is a possibility that she too could be a Cassadine and band with Nina Reeves (Cynthia Watros) and Ava Jerome (Maura West)!

Alexis Davis (Nancy Lee Grahn) will also likely be involved at some point since these women will need an attorney to help them take the Cassadine men, Valentin Cassadine (James Patrick Stuart) and Nikolas Cassadine (Marcus Coloma) down, because it seems like the way Nikolas has behaved since he came back one is as bad as the other!

General Hospital viewers will recall that Claudette has been mentioned several times lately in recent episodes of GH. Mostly, Nina has been catching up Jasper “Jax” Jacks (Ingo Rademacher) on how Valentin suddenly came up with a young daughter, plus she came up in conversations between Dr. Griffin Munro (Matt Cohen) and Anna Devane (Finola Hughes).

That usually means a character is on his or her way back, although sometimes not. Morgan Corinthos (Bryan Craig) has yet to show up although Nikolas obviously has. Cassadine men have obviously done her wrong, as they have Alexis when she was growing up. Women were seen as subservient among the Cassadine males for years and were not allowed to inherit!

GH Spoilers – How Could Claudette Beaulieu Be A Cassadine?

Claudette won’t be Nina’s long-lost daughter as she is older than Nina’s daughter would be, but she could still be a Cassadine daughter who was possibly orphaned or given up for adoption by her mother. She either may have come seeking her real family and found Valentin, or Valentin could have found her. Nathan West (Ryan Paevey) said she was French-Canadian from Quebec, but that doesn’t mean she was born there if she had been adopted. It’s doubtful she would have Valentin’s daughter, but it’s possible she could be Stefan Cassadine’s (Stephen Nichols) from some relationship she had. She could even be a love child of Stefan and Katherine Bell (Mary Beth Evans) if we allow for soap opera years not being necessarily equal to real years!

Katherine sadly died at the hands of Helena Cassadine (Constance Towers) who pushed her off a parapet of Wyndemere, after she had moved on from Stefan to Nikolas and Helena wouldn’t have it! She and Stefan became involved shortly after his divorce from Bobbie Spencer (Jacklyn Zeman). If a baby had been inconvenient, prior to her becoming sterile thanks to a drug Helena gave her after she had become engaged to Nikolas, she could have had the baby in secret and given it away.

Claudette would be interested in taking Valentin down if the codicil showed Mikkos Cassadine (John Colicos) changed it so Cassadine women could inherit! She would be glad to band with Ava and Nina to make sure she gets her piece of the pie, although Charlotte and Spencer Cassadine (Nicolas Bechtel) should be included as well, which Alexis would see to. Either way, it does sound with all the mentions of her that Claudette may show up in Port Charles eventually!