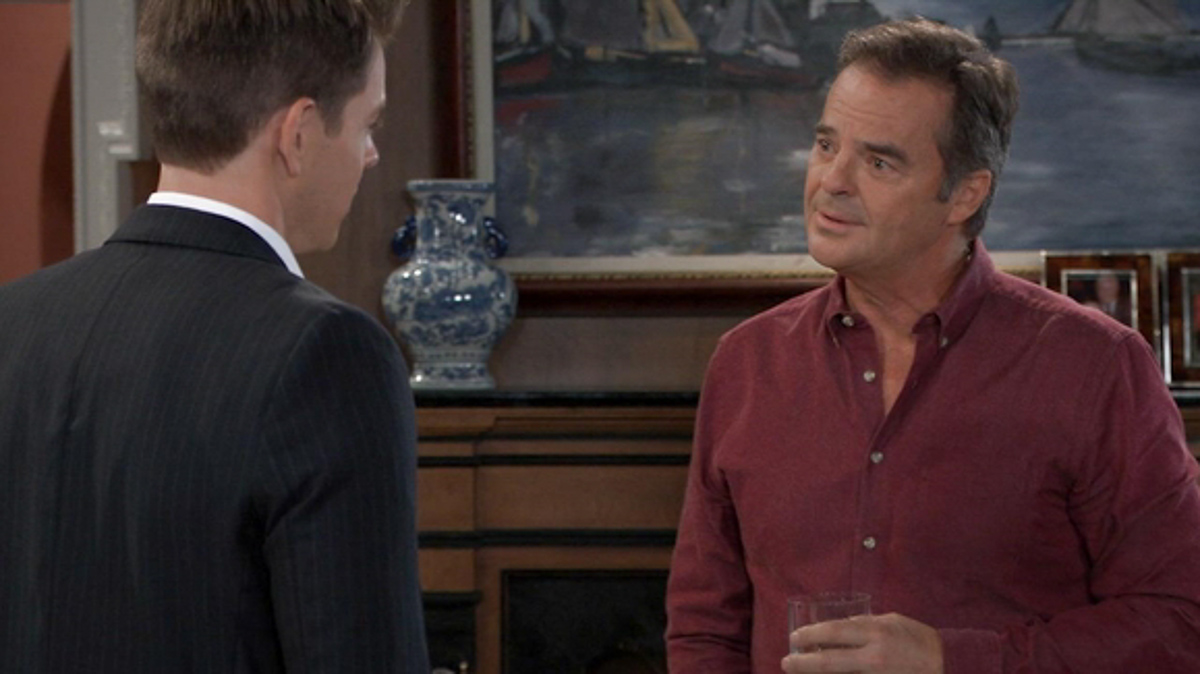 General Hospital (GH) spoilers tease that Michael Corinthos (Chad Duell) had a lot on his plate in the wake of Brad Cooper (Perry Shen) and Lucas Jones’ (Ryan Carnes) horrific car accident. As Wiley Cooper-Jones’ godfather, his first responsibility is to care for the little boy. Michael still has no idea that Wiley is actually his own son with Nelle Benson (Chloe Lanier), but he is still drawn to the young boy and wants to make sure that he is well cared for while his fathers recuperate.

Just as Michael was about to ask Ned Ashton (Wally Kurth) to step in, Ned offered to do exactly that. This will allow Michael to focus his energies on Brad and Lucas, and their son. But does Ned have other ulterior motives? Ever since Ned lost the Mayoral election to Laura Collins (Genie Francis) he hasn’t had much to do, by his own admission. And although he may plan to only step in for now, could be decide that he wants the CEO position permanently?

Spoilers indicate that Tracy Quartermaine (Jane Elliot) is coming back to Port Charles for the holiday, but once she hears that her son Ned is once again helping to run ELQ. Might she try to convince her son that he should take over the position permanently. Perhaps she wants to stage a coup while Michael is preoccupied with other things.

The Quartermaine family is well-known for their backstabbing ways, With Tracy in his ear, its entirely possible that Ned will decide he wants the position permanently. And what, if anything, do Oscar Nero Quartermaine’s (Garret Stitt) shares, still in probate have to do with this?

Will Ned decide to return the CEO position back to Michael once things calm down? Or does he have other plans? And how does Tracy fit into all this? Only time will tell, so stay tuned to General Hospital airing weekdays on ABC. And don’t forget to check back here regularly for all your General Hospital news, information and spoilers!