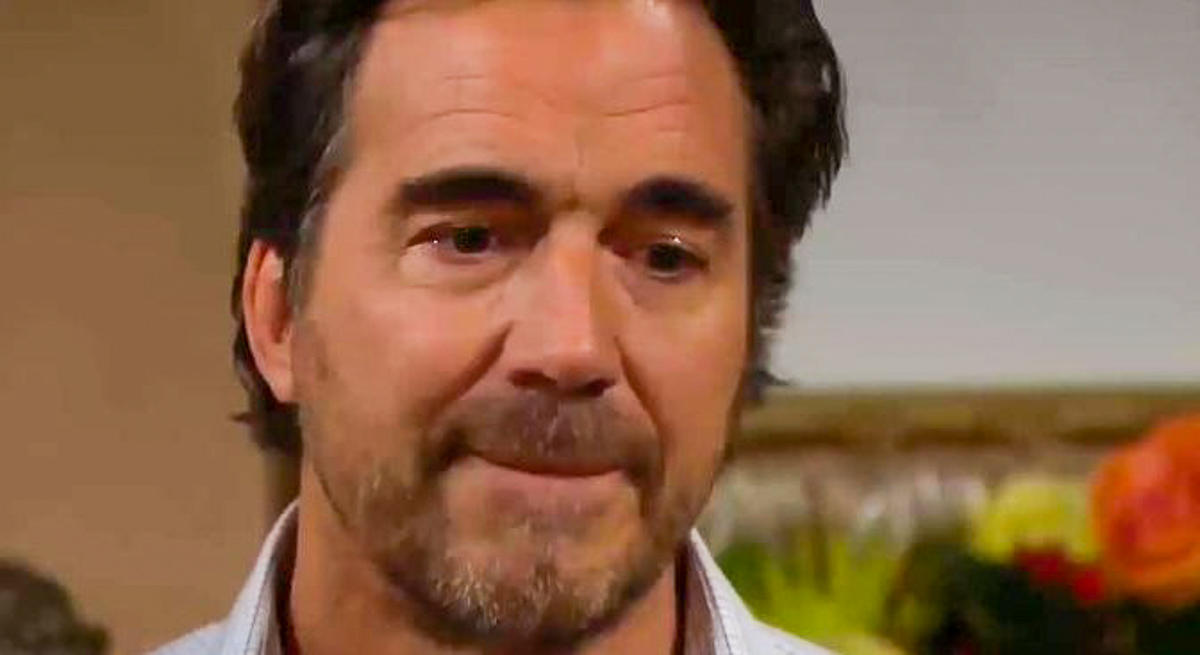 The Bold and the Beautiful spoilers document that Brooke Logan Forrester’s (Katherine Kelly Lang) hopeless feeling will persist. Cuddling in Eric Forrester’s (John McCook) arms, one of the severed halves of Bridge was distraught. Meanwhile, over at Forrester Creations, Ridge Forrester (Thorsten Kaye) pushed himself past his pain by focusing on work.

Thomas Forrester (Matthew Atkinson) fronted concern for his dad, offering his condolences. But after Ridge left the office where Thomas was creating more Hope For The Future designs, a fist pump showed the audience that the plan Atkinson’s character is following was unfolding.

How easy it would be to think that no matter what Thomas does, all will be reversed eventually. Brooke and Ridge will reunite. Douglas Forrester (Henry Joseph Samiri) will play the hero again. Hope Logan (Annika Noelle) won’t allow Thomas to convince her to get back together and on the arc goes from there?

But Thomas has proven many times through the years to not only be resilient, but also highly adaptable. Being pushed at the foot of the cliff by Brooke, which resulted in his fall, didn’t create a direct response, other than his verbal warning to her. Since then he’s taken a very measured course that is working.

Thomas is supremely crafty and determined to win the woman he thinks he loves. That motivation, along with his son’s positioning, could conceivably be setting up storylines well into the future.

Brooke did nothing wrong. Her brave stance has now cost her Bridge.

The instinct she felt, upon Thomas’ return from New York, has proven to be fully right. Thomas was using Caroline Spencer’s (Linsey Godfrey) death as an opening to create a connection with Hope.

The manipulation of Douglas became obvious to many as time went on. Brooke was the first person to recognize how Thomas was using his son to influence Hope’s emotions.

Believing that Thomas was and remains a danger to others is justified due to what happened with Lope’s daughter and then to Emma Barber (Nia Sioux). This isn’t a debatable plot point, as Ridge should know.

The Bold and the Beautiful Spoilers: Liam Not Backing Down – Closely Watching Thomas’ Moves https://t.co/4lSgRYdu3X pic.twitter.com/32HgVjwEat

Bold And The Beautiful Spoilers – Enabling Behavior Must End

Ridge has done nearly nothing right. He’s not actually defending his son, but furthering his behavior. Accepting Shauna Fulton’s (Denise Richards) overtures, while claiming to be committed to Brooke, is a second strike against his credibility.

Brooke’s point about Thomas being responsible for Emma’s death on Mulholland Drive provoked a reaction in Ridge. Kaye’s character knows he covered that crime in order to shield his son from justice.

Now, Ridge has chosen to end his marriage to the love of his life because Brooke won’t join him in enabling Thomas. Until Ridge wakes up, danger will persist, as Brooke continues to logically believe.