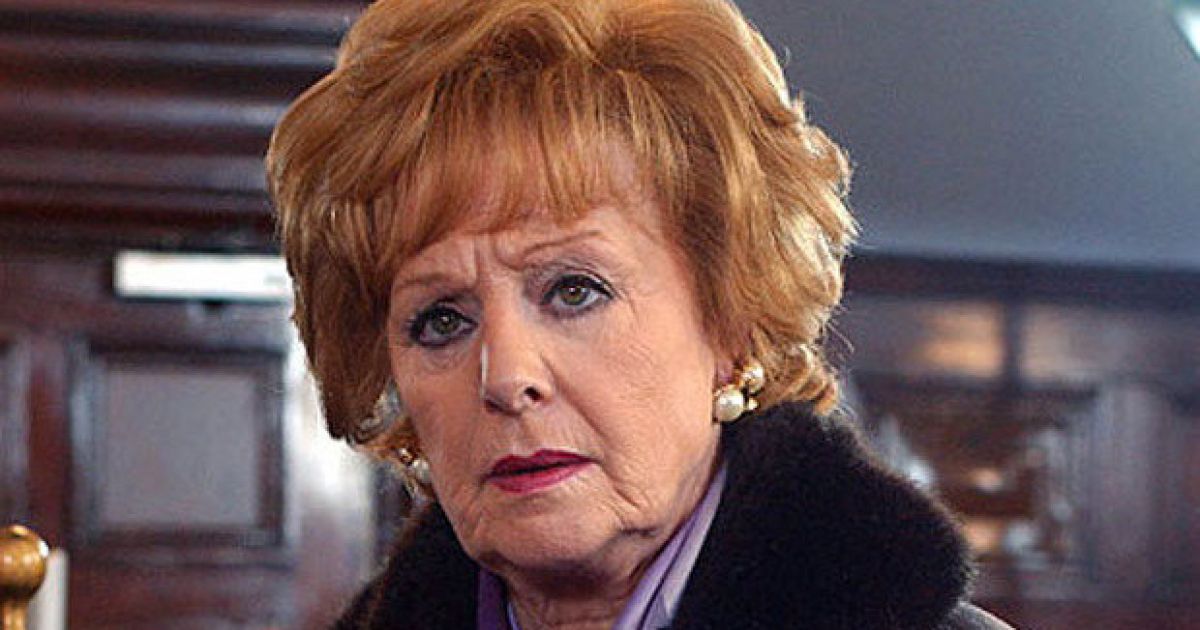 Coronation Street spoilers tease a big story for Rita Tanner (Barbara Knox) in 2020. However, it seems she will have some trouble before then. In fact, she has an accident on Christmas. The actress explained the story isn’t so much about the physical impact of the fall, rather it is the emotional and loneliness that Rita feels. She also teased that the Christmas accident will have far-reaching consequences.

Corrie spoilers reveal Rita is going through an emotional time. She is feeling rejected, useless and like she isn’t important and capable. One example is she shows up to work and is looking forward to “feeling normal” and performing her duties. However, she is sent home because someone else is covering her shifts.

She has also been doubting her value when it comes to friendships. It seems nobody can spare her the time of day. She felt this when she ran into Gemma Winter (Dolly-Rose Campbell). But the new mother didn’t have time to chat. She had to rush home to take care of her newborn quadruplets.

While that is understandable, viewers may also get why Rita is beginning to feel like she doesn’t matter. She wants others to value her work, time and company. Rita definitely doesn’t want anyone to feel obligated.

Her emotional state will continue throughout the holiday season. Not wanting to be a burden or bother to anyone, she tells a lie. Rita claims she is spending Christmas with Mavis Wilton (Thelma Barlow). However, that is not true at all. She will be spending the holiday alone. It turns out that it could be a big mistake.

It is teased that nearly all of Rita’s neighbors believe she is out of town. So, when she isn’t seen, nobody bats an eye. However, there is something wrong as she suffers a nasty fall while decorating her Christmas tree. Expect her to trip over the lighting and the tree ends up falling on top of her.

Coronation Street spoilers reveal that Rita will be okay, at least in the physical sense. However, producer Iain MacLeod said at a press event that the fall will affect the character in other ways. According to Digital Spy, the show boss mentioned “far-reaching consequences.”

“She’ll be okay physically but it will have slightly more far-reaching consequences in terms of her perception of her own life, her role in the world and her role on the Street. That will play out over the first couple of months of next year… I’m not going to expect you to tune in on Christmas Day and watch Rita’s demise. That’s not something I would ever do!”

With actress Barbara Knox getting ready to celebrate 56 years on the soap, she has played out many different scenarios and situations. This one is said to be a big story and hopefully, it will have a positive outcome.