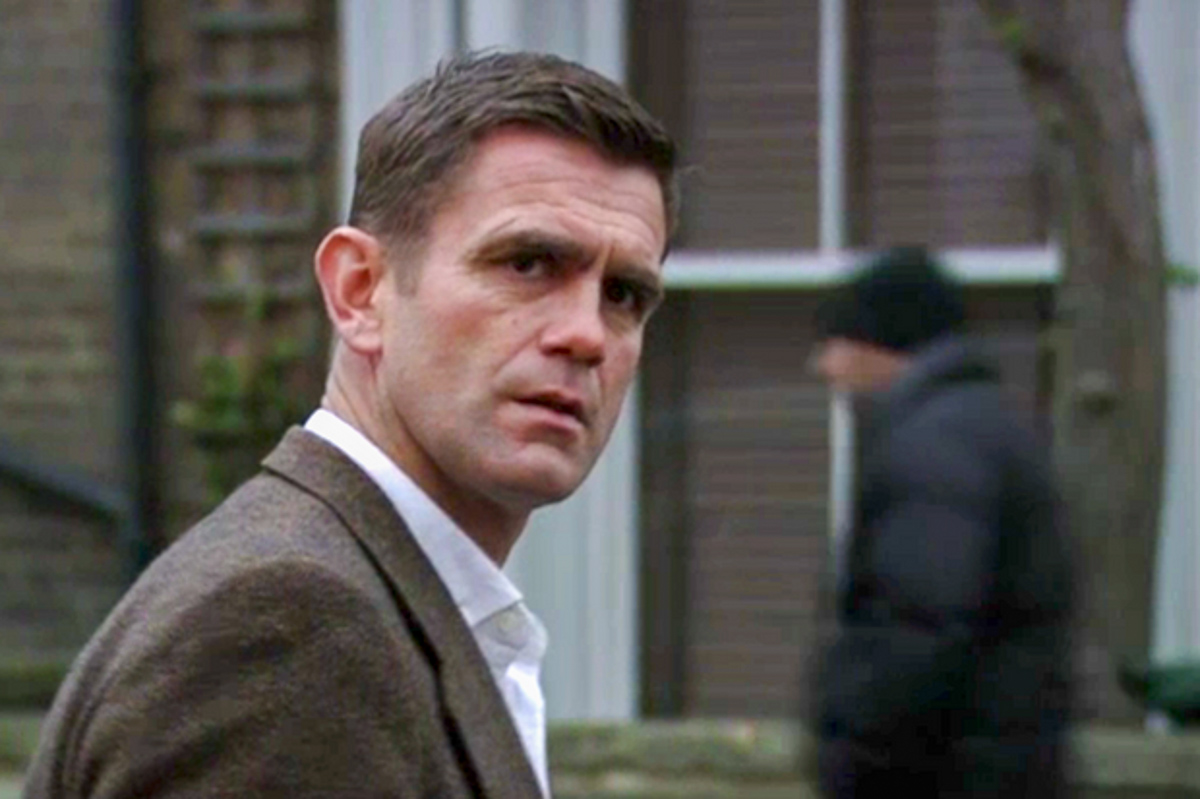 Eastenders spoilers reveal Phil Mitchell (Steve McFadden) believes Sharon Mitchell (Letitia Dean) is having an affair. He ends up going after Jack Branning (Scott Maslen) and threatens him with a gun. Find out more about this storyline twist and what happens next.

Fans already know that Sharon is keeping a huge secret from her husband. Eventually, the truth is going to come out and that time is coming soon. It is teased that Phil has been doubting his wife’s stories. He has even given her an opportunity to come clean, but she has remained quiet. This will prove to be a devastating mistake because it ends up putting another man’s life in danger.

Sharon has had a few close calls with Phil finding out the truth. One was when she was racing to get to the airport to meet Phil. Mel Owen (Tamzin Outhwaite) was also headed there and planned on telling Phil the truth. However, instead of making it to Phil, Mel ended up meeting her maker instead.

This resulted in Lisa Fowler (Lucy Benjamin) to expose Sharon and brand her a killer. At the time, everyone thought Lisa was just dealing with intense grief and wasn’t taking her medication. However, Phil would soon discover that Lisa was taking her pills and he started adding things up.

Next week, Eastenders spoilers indicate Phil will continue trying to figure out the truth. He believes that Sharon is having an affair. However, he assumes the guilty party is Jack Branning. It comes after Sharon was spotted comforting Jack. It was a scene that was misinterpreted by Phil.

However, that isn’t all. There was also the necklace discovery and finding out that Mel knew and blackmailed Sharon at one point.

Expect Phil to deal with the situation by going after Jack with a gun. Will the jilted husband end up making a fatal mistake or can he be stopped before something tragic happens? It seems that the only way out of this mess is for Sharon to step up and tell the truth — all of it. However, we will have to wait and see if she does confess or if she will continue trying to hide the big bombshell.