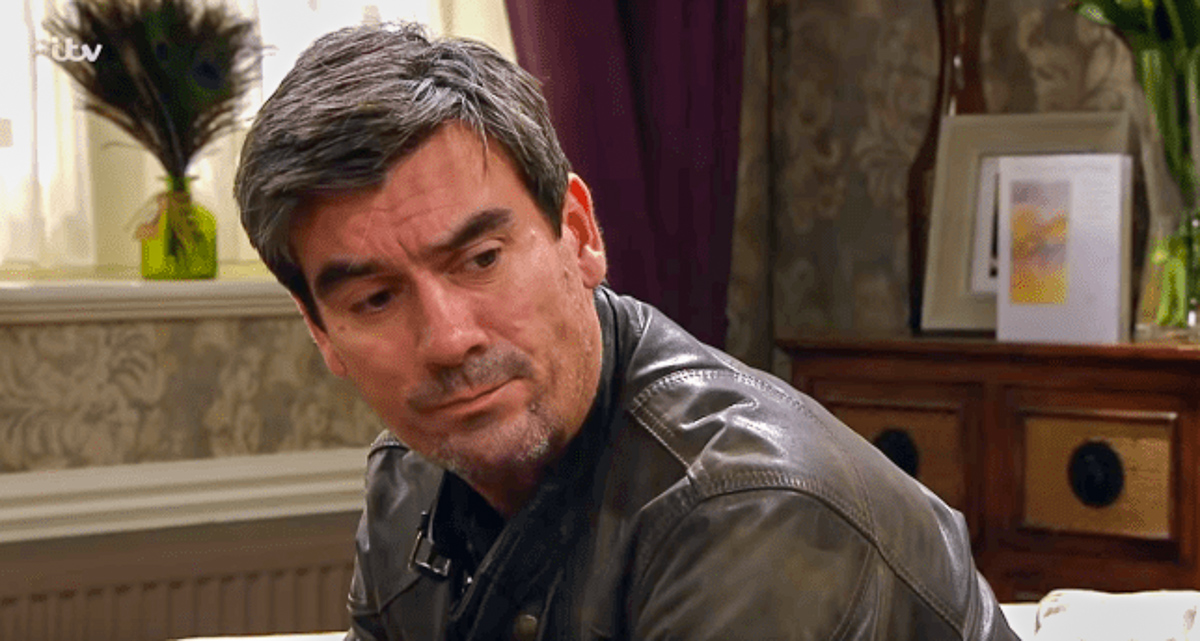 Emmerdale spoilers reveal there will be increased and continued tension between Cain Dingle (Jeff Hordley) and Nate Robinson (Jurell Carter). When Cain shows up for a Christmas get-together, he is not happy to see Nate there. What makes the situation worse is that the Dingle family seems to be getting friendly with Nate.

The whole feud began when Nate had an affair with Cain’s wife, Moira Dingle (Natalie J. Robb). Fans knew that eventually their secret would be discovered and sure enough, it was. When Cain learned that Moira was sleeping with Nate, he went into a rage. It ended with all three characters in dire circumstances when there was an explosion.

Nate didn’t try to make the situation any better. He pretty much rubbed the affair in Cain’s face during their epic battle. Then, there was the bombshell that Nate was actually Cain’s son. The drama hasn’t ended with that. In fact, Nate continues to cause problems and keeps showing up around Cain’s family, as well as the woman who betrayed him: Moira Dingle.

Emmerdale spoilers confirm that on Tuesday, things will get even more heated. Cain shows up at Lydia Hart’s (Karen Blick) house for a Dingle Christmas event. However, Cain is far from jolly when he finds that Nate is also in attendance.

Cain goes into a rage and blasts his family for allowing Nate to be there. He also feels betrayed because they are suddenly being friendly and somewhat sympathetic toward the young man. Cain ends up telling everyone off and storming out. But that isn’t the end as something else will happen that will make him even more furious.

Choosing to not chase after Cain, Charity Dingle (Emma Atkins) seems to side with Nate. In fact, she will really make a statement when she invites him over for dinner. How will Cain handle all of this and is there any resolution to this tense storyline? Fans will have to keep watching the British soap opera to see what happens next.

Be sure to tune in to catch up on everything happening with the soap right now. Come back here often for Emmerdale movie news, updates and rumors!