General Hospital Spoilers: Anna takes Jason’s Word To Heart – But What About Peter? 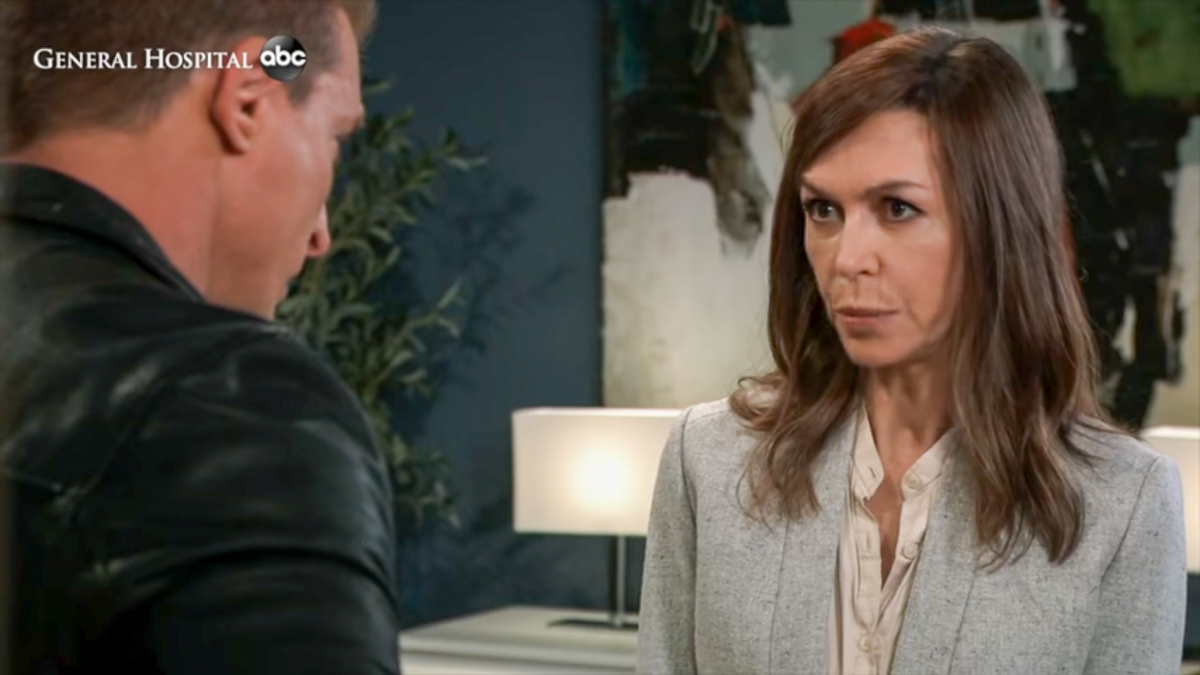 General Hospital (GH) spoilers tease that Jason Morgan (Steve Burton) might have finally reached Anna Devane (Finola Hughes). He pulled her aside this week and pled his case as to why he believes Peter is still dangerous. But even if Anna believes Jason, what will she do?

Jason gave Anna all the information he had on Peter’s connection to Shiloh Archer (Coby Ryan McLaughlin). How he believed that Shiloh had been blackmailing Peter. He also her about the hit on Andre Maddox (Anthony Montgomery). Andre was able to identify his attacker, who was about to name Peter as his boss when he was murderer. Jason believes that Peter was trying to stop Andre from performing the memory mapping reversal on Franco Baldwin (Roger Howarth). Peter’s concern was that Drew Cain (Billy Miller) memories would intensify and he would remember Peter’s involvement.

As much as Anna doesn’t want to believe that Peter could have done all those things, Jason was pretty convincing. But what will Anna do? Will she take matters into her own hands and investigate the situation herself? And if she does find out that Peter is guilty, will she have the heart to take on her own son, most likely destroying any chance at happiness that Peter has found?

General Hospital Spoilers – Anna DeVane will have a lot to consider

Robert Scorpio (Tristan Rogers) has been trying t convince Anna all along that Peter isn’t as good as he appears to be. And now, with Jason’s new information, Anna won’t likely have a choice. Look for her to be the one to get the goods on what may be her own son. This will be unbelievably difficult for Anna, but she will ultimately do the right thing.

Will Anna investigate and put away her own son for his crimes? Only time will tell, so stay tuned to General Hospital airing weekdays on ABC. And don’t forget to check back here regularly for all your General Hospital news, information and spoilers!