The Bold And The Beautiful Spoilers: Thomas Is Desperate To Get Hope And Makes A Major Change In His Scheme-To Make Her Jealous! 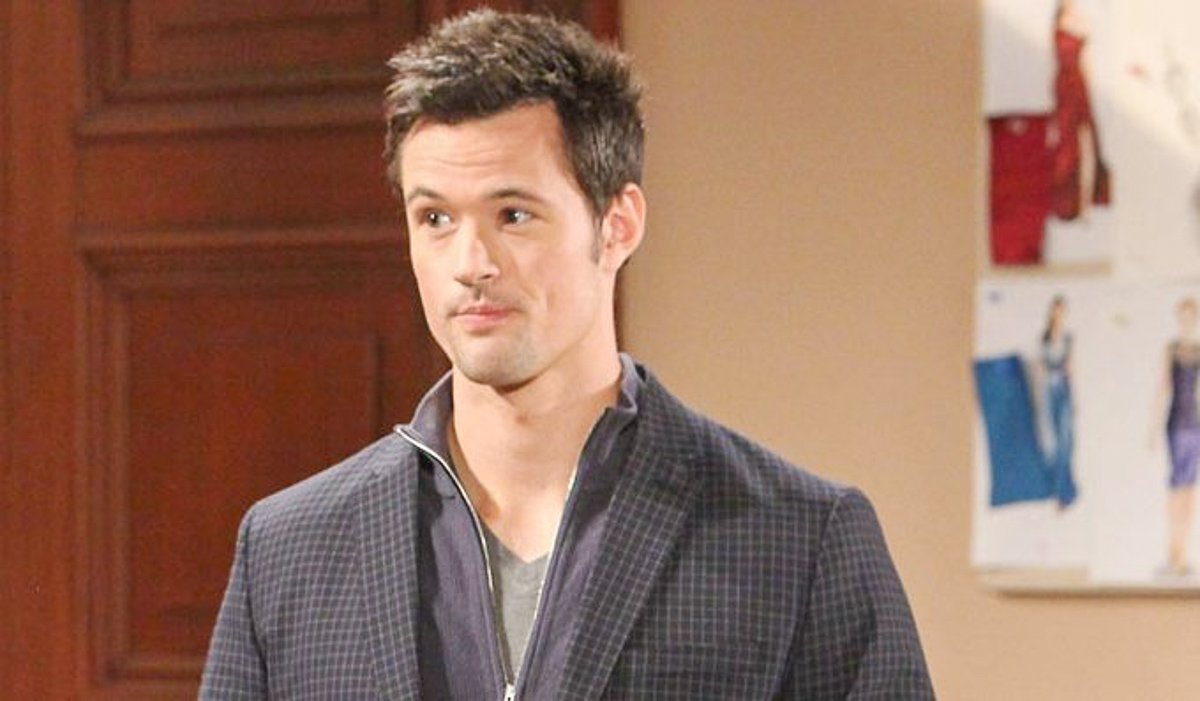 Hope had initially decided to work with Thomas, recognizing that he is an excellent designer and “gets” her where her clothing line, “Hope For The Future” is concerned. The line has been inactive since Hope has not been working, and she wants to get back to work and invigorate her business. However, Ridge Forrester (Thorsten Kaye) nixes the reactivation of the line, telling Thomas that Steffy Forrester (Jaqueline Macinnes Wood) already had an up and coming line, and they couldn’t do both.

Thomas convinced him to let Steffy and Hope have a fashion showdown with their lines and whoever’s line wound up with the most buyers would be the winner. Later, Hope changes her mind and won’t work with Thomas – she’ll relaunch with a new designer. Thomas realizes that he will have to change his plan since he can’t get Hope to work with him at Forrester Creations.

Thomas strikes on a new plan – to get Zoe Buckingham (Kiara Barnes) back working at Forrester Creations, plus use her to make Hope jealous! He sets up a romantic dinner for two and invites Hope over – not telling her about the romantic dinner for two, of course. Hope, of course, will arrive and think Thomas set it up for the two of them, and drama may ensue when she tells him she is NOT interested in getting back with him romantically – and then he tells her he didn’t set it up for her, it is for Zoe, who he is waiting on to arrive later! Zoe is the daughter of Dr. Reese Buckingham (Wayne Brady) and had been a model for Forrester Creations in the past.

The Bold and the Beautiful Spoilers: Thomas Calls Family Meeting at Forrester Creations – Things to Get Very Complicated https://t.co/EO4YjDHChP pic.twitter.com/yzG67lfhUR

Viewers of The Bold and The Beautiful will recall that Zoe and Reese played an integral part, along with Flo Fulton (Katrina Bowden) in the deception over Beth Spencer (Zoe Pennington) where Hope was led to believe her baby had died and Steffy was led to believe that the baby girl she adopted and named Phoebe was a legal adoption and that Flo was her mother!

This of course is a cruel plan, using someone who was so involved in the scheme that brought so much heartache to not only Hope, but his own sister Steffy as well, as a romantic interest to make Hope jealous! Steffy has desperately wanted a baby, and had to give up baby Phoebe when she was found to be baby Beth, and out of the mouth of babes, little Douglas Forrester (Henry Joseph Samiri) was the one who announced the truth, recognizing that Phoebe was Beth! Zoe was fired from Forrester Creations as a result of all this and now Thomas hopes to hire Zoe back in exchange for her plotting with him to make Hope jealous!