The Young and the Restless Spoilers: Adam and Chelsea Trying To Cope – Connor Slipping Further Away 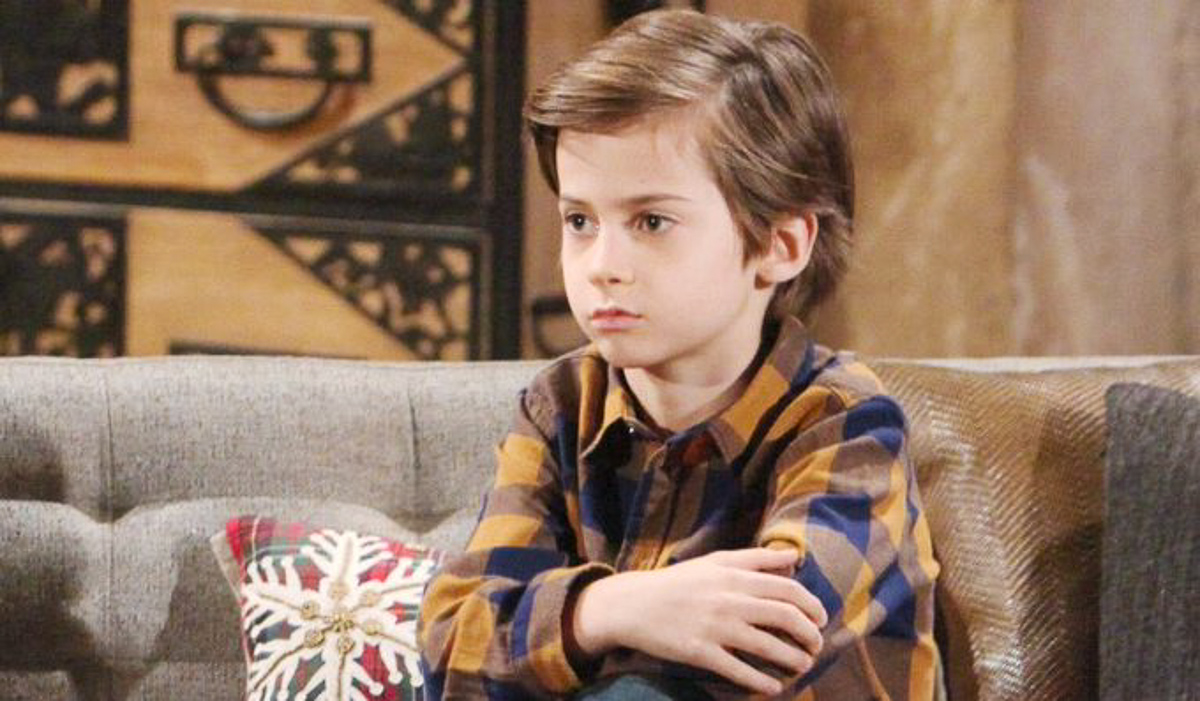 Connor Newman (Judah Mackey) knows there’s something wrong with him on ‘The Young and the Restless’. But he believes it’s a monster that’s the cause of his troubles.

The obvious mental health issues Adam Newman (Mark Grossman) and Chelsea Lawson (Melissa Claire Egan) have been witnessing with increasing frequency can’t be wished away, or resolved purely by their combined good intentions and love for their son. Connor has been and remains in need of professional help.

As Mackey’s tormented character continues to suffer, Adam and Chelsea remain together in the penthouse. With whatever their son’s intentions once were, in terms of getting his parents back together, he’s been overwhelmed by emotional matters that must be addressed immediately.

Sharon Newman (Sharon Case) is fully well-meaning in wanting to help Connor. But her unlicensed opinions aren’t helping to recognize, diagnosis, and then treat this young man’s issues.

While Connor didn’t bond with the initial health care professional that Adam and Chelsea contacted, another effort in that direction is needed now. They must take him to a doctor and have him analyzed. Only then will the healing process be able to start.

Nick Newman (Joshua Morrow) has been patient with Chelsea while she’s been attending to Connor’s needs. Morrow’s character has also been generally understanding about his significant other’s need to be with her son at the penthouse. While awkward, the situation is deemed in Connor’s best interests.

However, Nick’s focus on ‘Chick’ overlooks the main point. Chelsea and Nick need to put their relationship squabbles aside for the good of Connor. He’s in crisis mode, whereas their interpersonal issues finish a distant second to Connor’s needs.

To be fair, Nick is also dealing with Christian Newman’s (Alex Wilson) pain, as he misses his brother, who he thinks of as a cousin, and Chelsea. Sage Newman (Kelly Sullivan) is in heaven, so Christian came to see Chelsea as a mother figure.

The Young and the Restless Spoilers: Elena Makes A Decision About Amanda https://t.co/kuMRmVjW1C pic.twitter.com/ITp3cS9zmk

Young And The Restless Spoilers – Chadam Isn’t Together, Yet

Chelsea had an intense heart-to-heart with Adam. Actually, their tense conversation at the penthouse also had to do with their heads.

Adam would like to get back together with Chelsea some day, but honestly hasn’t been using this situation to make this happen. Chelsea wanted to reinforce that they’re not a couple, which Adam agrees with.

Soapy history and the unfolding dynamic of this arc at least implies that ‘Chadam’ has a chance to revive when Connor’s issues have been resolved. Nick’s fears are justified in this regard, even though they haven’t been proven by facts yet on Y&R.