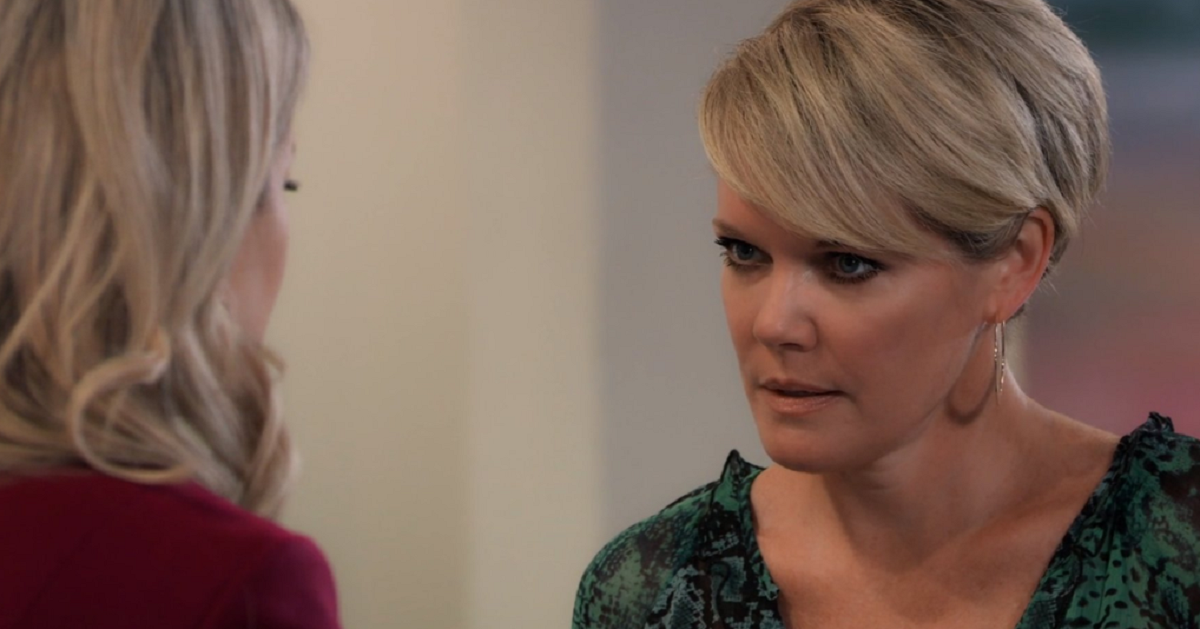 General Hospital  (GH) spoilers tease that there are going to some people in Port Charles who are going to want to watch their backs as there will be two women who are out for revenge and yes, they certainly are taking their prisoners, too! As a matter of fact, it looks as though Ava Jerome (Maura West) and Nina Reeves (Cynthia Watros) are plotting for their ultimate takedown. You are not going to want to miss any of this. Read on for all of the latest spoilers.

According to the latest edition of ABC Soaps in Depth, Ava and Nina are mad and we are talking raging mad. They might seem like an unlikely duo but put together, they can definitely cause a lot of damage. And boy are there some people in Port Charles who have it coming for them.

General Hospital Spoilers: These Two Women Are Out For Blood

General Hospital spoilers indicate that both Valentin Cassadine (James Patrick Stuart) and Nikolas Cassadine (Marcus Coloma) might want to look behind their shoulders – and maybe to their fronts and sides – because Ava and Nina want to bring these two Machiavellian men down in the worst way possible, too.

However, it will be Jasper Jacks (Ingo Rademacher) who will try to stop these two women in these tracks, but it won’t be very easy. They are determined to bring the house down and with fire, too. Although Jax will do whatever he can to talk Nina out of pursuing her vendetta against Valentin, their conversation will take a very unexpected turn. Believe it or not, that will be right before Nina will head into the conversation with the most dangerous weapon of all: the truth!

As far Ava, Port Charles’ ultimate femme fatale will set her own play in motion. But that’s only after a major shakedown that might end up backfiring in a way that she would never have predicted.

Will these two women end up getting what they want? Maybe. It’s going to be an exciting week indeed. Either way, someone will end up going down and it might very well be Valentin or Nikolas, or both! Of course, General Hospital fans will have to tune in for all of the action on the ABC network this week!